The 2020 Iowa Caucus and beyond - What is different this year and why?

It is a close race for the Presidential Primaries. With Biden, Sanders, Warren, and Buttigieg tying for the Iowa caucus, the candidates have to play their cards right to pull ahead of the others, and go on to challenge Trump in November 2020.

Based on their Digital ad campaign spends, it is easy to see that their campaign strategy has prominently factored in the Iowa caucuses.

For instance, Pete Buttigieg has focussed about 20% of his total digital ad spend solely on Iowa. The next candidate who comes rather close to this number is Biden – with a 14% of total ad spend here.

Why are the Iowa caucuses so important?

Since the caucuses add up to only 2% of the state delegate equivalent across the country, paying such heavy attention to a single campaign can seem rather foolhardy.

The reason behind this campaign strategy, however, is quite simple.

Win in Iowa = Win Democratic nomination (the numbers suggest it!)

Statistically speaking, the Iowa caucus has been extremely accurate in determining the democratic nominee. From Al Gore (the caucus winner in 2000) to Hilary Clinton (in 2016), the Iowans have had a remarkable knack of nailing it right.

This could of course be vice-versa. The caucuses in Iowa can very well influence voter mindset across the country. Regardless of whether it is a correlation or causation, it is indisputable that winning the Iowa caucuses gives you a much better chance in the upcoming elections.

Another reason why the Iowa caucuses are so crucial, is because of the sheer number of voters it commands. In 2008 alone, a record number of 239,872 registered Democrats turned up to make their voice heard.

This year (in 2020), the number is expected to be astronomical. Dave Nagel (former Iowa Democratic congressman) said that he wouldn’t be surprised if about 250,000 people show up to support their candidate.

Clearly passing up an opportunity to impress such a large voter base (who will later get involved in the Federal elections), is quite short-sighted.

Even if the reasons for prioritizing the Iowa caucuses in their campaign strategy is different for every candidate, one thing is certain.

The winning candidate can use the momentum to fire-up their campaign and go on to compete in the Federal elections!

Why are the Iowa caucuses so tricky?

If the formula for success was so straight forward, then the campaign strategy for every candidate seems obvious. Reach out to as many voters (Iowans specifically) as you can. Get their support and win the nomination.

But the Iowans are famously known for making up their minds at the last minute. Less than half (40%) of likely Iowa caucus goers have made up their mind to support a candidate.

The true challenge, however, for the winning candidate will not be getting the 15% vote (and remain viable). It would be getting that 15% and still be the option no.2 for caucus goers.

Let me explain that a little bit better.

On Feb 3rd of 2020 Democratic caucus goers in Iowa will gather in designated precincts to choose a candidate for the democratic party.

Each one of them will choose a candidate as their first preference. (Note – no ballots will be cast. They will gather in the designated area and move to the ‘allotted location’ which supports a candidate)

A tally of these nominations will show how much support each candidate has. For a candidate to remain ‘viable’ he has to get at least 15% of support.

When a candidate gets less than 15%, his supporters are given a choice. They can either choose to align with a viable candidate. Or they can remain ‘Unattached’.

This is where it gets interesting. Because it allows a viable candidate who gets less support in the first counting to win more voters.

Say a viable Candidate A gets a modest 18% support initially. And a top candidate B in the first count gets 21% of support.

Now, in the second counting, if candidate A can convince supporters of nonviable candidates to back him, then his count will increase. Candidate A can get as much as (say) 25% of support.

That means he is now on top, outstripping Candidate B and can definitely win more state delegate equivalents.

How can the candidates use this to win?

The first order of business is to bring in fresh caucus goers. During the 2008 democratic caucuses about 58% of those who turned up were first time caucus goers. While it could be hard to meet the same influx of new blood again this year, a lot of our candidates (notably Sanders and Buttigieg) are still trying.

Sanders is sending organizers to convenience stores across Iowa (and even stake out nursing homes). Since his old supporter base is now threatened by a lot of top-tier candidates, he is taking no chances in building a solid base for his 15%.

It is interesting to see that he relies heavily on traditional (and face-to-face) organizing to convince his target voter base. His party volunteers are even seen wearing ‘Bernie’ T shirts and carrying clipboards in farmer’s markets and parades.

Clearly, it seems to be working. Such a targeted voter outreach (both in terms of method and voter segment) has convinced long time Bernie supporters to actually show up for the caucuses and make their choice heard.

Buttigieg’s campaign, though has the same objective of solidifying the 15% support, is executed differently. His volunteers organized phone banks of interested supporters who would reach into their social network to invite voters to check Buttigieg out.

These efforts resulted in his campaign having a solid supporter base to reach out to and depend on to say an event (or in this case a caucus). Going by the steady number of high-turn out events he has hosted, this campaign is clearly working for him.

75% of registered democrats would realign with a viable candidate if their first choice is non-viable. So the second half of a winning strategy is to get to the coveted no.2 position on every democratic voter’s mind.

Biden and Buttigieg are both median democrats. Their policies take the middle road and appeal to the same voter universe. So even if both of them become viable candidates, they have to woo the supporters of other candidates to pull ahead of the race.

In this case, their campaign outreach can target left wing and right wing democratic voters. In fact, Buttigieg’s target voter segment includes older voters looking for a leader in the next generation. He is also looking to turn Republican voters unhappy with Trump.

The objective of the outreach is to convince ‘swing’ voters to join their camp, if not as the first choice, at least as no. 2.

A similar scenario holds true for Sanders and Warren. Thankfully, their voter universe’s don’t clash (as Sanders is open about being a ‘social’ democrat). But they can still convince median voters to join their camp.

Peer to peer texting can work as an excellent method of outreach here. Since the target voters are not strong supporters, it would be quite an expensive operation to use direct or door to door canvassing methods.

Instead, volunteers can engage with supporters one-on-one over text messages, ask their stance on an issue and encourage them to support their candidate.

What we will see on Feb 3rd is how successful each of these candidates were in being their voters’ second option.

What happens if they don’t ‘win’?

The winner of the Iowa caucus is always determined by the maximum number of ‘state delegate equivalents’ that a candidate earns.

However, this year there is a twist to the tale. The Democratic National Committee will announce 3 numbers for each candidate.

So even if the state delegate equivalents for a candidate is not high (and he does not lead the Iowa caucus), he still has a major advantage.

If his first preference numbers or the numbers after realignment are high, then he can use that to gain momentum in the ongoing campaigns.

Bear in mind that the primary reason for the Iowa caucuses is gaining this edge over other candidates. Now, he can still get that edge even if he finishes second.

What does this mean for the Presidential elections?

Historically only 4 of the winners of the Iowa caucuses have gone on to win the Presidency (Al Gore and Obama amongst them).

So while the Iowa caucuses could act as a northstar to selecting the democratic nominee, it will not mean a guaranteed win for the Presidency.

What it will guarantee is a clearer understanding of the voter’s choices and thus define a targeted campaign goal.

For example, there are already concerns that a ‘pure’ fundraising plan of rejecting the PACs is going to be a major disadvantage against Trump (who will bring down the full force of the Republican’s fortunes).

So if a candidate with a ‘pure’ fundraising strategy pulls ahead in Iowa, it is easy to imagine that a lot of messaging would be centered around the candidate’s viability in standing against Trump’s dollars.

In any case, the Iowa caucuses will kick-start a very interesting election year! 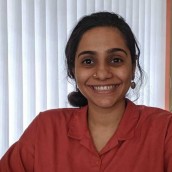