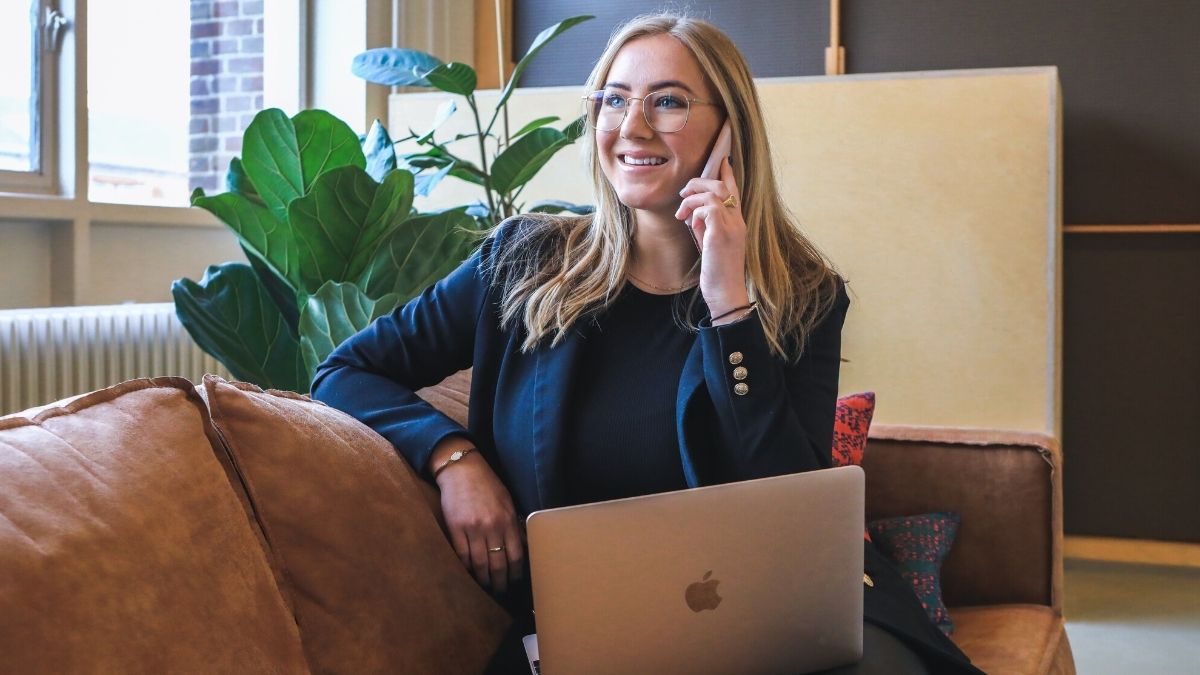 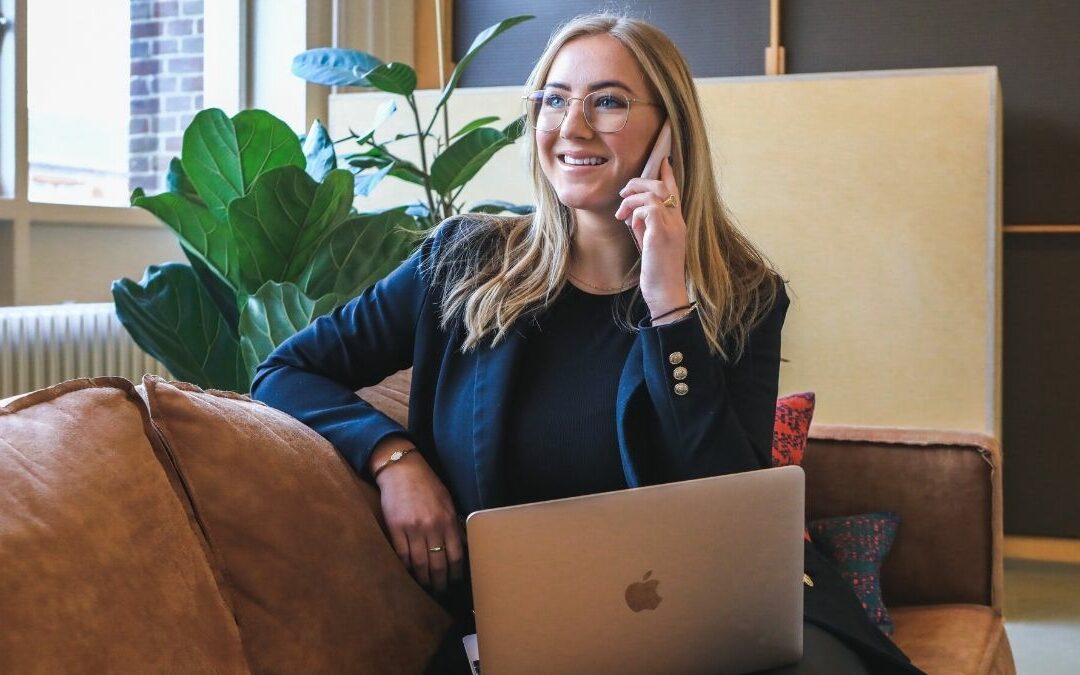 Strict TCPA laws restricting political robocalls are meant to regulate citizens’ privacy and data security. And yet, campaign after campaign, the rules are violated.

Christine Mailloux, head of the Utility Reform Network’s San Diego office, tells LA Times, “Politicians are deliberately evading the law to get their robocalls out… That should make you wonder if these are the people we want representing us.”

Her thoughts are not solitary. Many people reflect her views about political campaigns violating rules and, consequently, a dwindled trust in candidates.

At times, this frustration on receiving unsolicited communication can also result in lawsuits against the campaign. Now, you neither want to risk such a class action nor can you stop contacting supporters and prospects? What do you do in such a case?

One way to continue political communications with your electorates without risking a violation of TCPA rules is to undertake phone banking with a TCPA compliant dialer, like the Fastclick dialer that uses human intervention to fast-track dialing. Of course, the dialer does not send voice broadcasts, but you can safely use it to dial wired numbers and cell phones who haven’t consented to your calls yet.

For robocalling consenting contacts, you can use CallHub’s voice broadcast tool that helps you send a recorded message to a large group of contacts within a short time.

Let’s rewind a bit and start from the basics of political robocalls and then discuss how the Fastclick dialer can overcome obstacles that other outbound dialers cannot.

Political robocalls have been a potent weapon in the arsenal of any campaign. With a little effort, they could reach tens of thousands of people with a single voice recording. But people have made it amply clear that they do not appreciate such calls when they haven’t consented to it.

In response, the TCPA has made a list of regulations for telemarketers and political campaigns to observe during calling campaigns. Additionally, some states have more restrictive rules in place.

If the calling campaigns follow the TCPA and state rules, political robocalls are perfectly legal.

They can cross the boundary if they violate any rules.

So, without further ado, let’s go through the laws binding political robocalls.

Automated calls to wireless phones are prohibited without consent

Political campaigns tend to purchase voter lists and go through them during phone banking efforts with automated dialers. While this certainly speeds up the process, the TCPA prohibits campaigns from calling wireless numbers (like mobile phones) using an automated dialer without prior consent from the number’s owner.

However, the TCPA still allows automated calls to wired phones like landlines. The same rules of acquiring consent bind robocalls as well.

Calls are restricted between 8 am and 9 pm

The TCPA restricts call timings for political campaigns between 8 am and 9 pm, every day of the week. Besides, some states have stricter rules about approved timings. They cut down the permissible time by an hour or so and prohibit any campaign calls on weekends or holidays.

Note that these timings must be honored at the receiver’s end, not the caller.

Here’s a chart to help you navigate the approved timings:

Political robocalls must lead with a live operator’s voice

Before your recording starts playing, fourteen US states require a live operator to ask for due permission. These states are:

This rule stands true for landline and mobile numbers. It is void only when you have prior permission from the contact (wired or non-wired numbers) to receive calls from your campaign.

Disclosing identity at the beginning of the call is mandatory

TCPA mandates political campaigns to identify the caller and the candidate at the beginning of the call. This extends to political robocalls, recorded messages as well as live operators.

Additionally, the recording or live agent must provide a telephone number for people to get back to.

Some states require the mention of who paid for the call

Thirteen states in the USA mandate political robocalls to disclose the name of the individual, organization, or entity paying for the call. Often, this disclosure must be made in the candidate’s voice (which means it must be a part of the recording and cannot be entrusted to individual agents making the call).

The states that require these details are:

Note: Florida and Louisiana do not mandate this rule for polling calls.

Some states require political campaigns to get due permission from local authorities before beginning their automated phone calling campaigns. The authorities may include a registered agent, local phone company, or government agency.

The following chart will guide you on the states where this rule applies and where they require the authorization from:

How a Fastclick dialer can aid political phone banking

Toeing the lines of TCPA and state rules can get tricky at times. But with a TCPA compliant calling tool, navigating through these regulations becomes easier in various ways. Here’s how the features of CallHub’s Fastclick dialer help you with it:

What makes the Fastclick dialer stand out from other automated dialers is its feature to use human intervention for fast dialing.

How to use the feature: When you create a calling campaign, assign separate agents as callers and diallers. The dialing agent(s) clicks a button to queue the calls to the agents’ lines. The calling agents spend time only in conversations.

How it helps you stay compliant: Essentially, the dialing agent does manually what an auto-dialing system does with algorithms. The TCPA defines auto-dialer as an “equipment which

Since the Fastclick dialer does not use such an algorithm, it doesn’t fall under this definition and stays compliant. The rest of the process remains the same.

Create state-wise lists of your contacts on your CRM and import them directly into CallHub. Segmented lists ensure your political robocalls are more targeted and, equally importantly, TCPA compliant.

How to use the feature: Create separate lists in your CRM based on the contacts’ state of residence. Import these lists as separate phone books and set up a calling campaign for each state. You can duplicate the campaign and add different phone books in each to minimize campaign creation efforts.

How it helps you stay compliant: Since your lists are segmented, you can customize each campaign according to the state rules. This includes (but is not limited to) phone scripts (e.g., if a live operator must mention the sponsor of the call) and call timings for each separate list.

Pro-tip: Club the campaigns of states with the same rules like asking for due permission before playing the message, etc. for a less divided calling campaign.

Schedule calls according to timezones

When scheduling your calling campaign, CallHub allows you to select a Timezone you are targeting.

How to use the feature: Say you are calling supporters in Massachusetts, where the state law mandates no calls after 8 pm. You schedule the time accordingly, and CallHub will conclude the campaign for the day at 8 pm, GMT-4 hours.

Similarly, you can choose the days of the week for the campaign and stay compliant with TCPA and state laws.

How it helps you stay compliant: Since the campaign is automatically concluded after the set time and cannot operate before the set time, you do not risk calling someone accidentally. While there are provisions in place for accidental breach of TCPA provisions, why go through the hassle?

There are so many crucial elements to convey in a single phone call, including caller identification, campaign, sponsor, and of course, the main message. A phone script is the best way to ensure agents don’t forget them.

How to use the feature: The first phase of creating a calling campaign is adding a campaign brief (or script) or question for agents to ask supporters. You can make the script as short or long as you need and add questions (supporter level, numeric, multichoice, or text responses) after the introduction. Don’t forget to add your telephone/contact number after your message concludes.

How it helps you stay compliant: Since the campaign manager puts every non-negotiable element in a phone script, agents have the material ready on their screen. Reading/referring to it guides their conversation, which in turn, lowers the risk of them breaching a rule and helps your campaign stay compliant.

Other features of Fastclick dialers for a more effective campaign

The above features help you stay compliant with TCPA rules when making political robocalls or phone banking. Additionally, the Fastclick dialer offers features common to all of CallHub’s outbound dialers. Here are the seven that make your calling campaign efficient:

Data import from your CRM

CallHub integrates with NGPVan, NationBuilder, Blue State Digital, and many other CRMs. These integrations help you sync data with your CRM automatically and make your calls personalized without any hassle.

With our Zapier integration, you can link your CRM, which may not be already available in our App Integration list, so no campaign gets left behind.

An extensive campaign requires a vast force of calling agents, and your phone banking software shouldn’t be the one to limit you. With CallHub, your campaign can have unlimited agents working simultaneously or in shifts and across geographies.

Additionally, since you can rent local numbers, agents from different locations can still connect with electorates across the country. Local numbers increase your chances of getting the phone answered. Combined, these features make your calling campaign unstoppable.

Real-time tracking and campaign analytics give you insight into what’s working and what needs tweaking. For instance, if you generally get a 75% answer rate, but on Mondays, this dips to less than 50%, you know that day is not great for outreach. You can thus tweak your schedule accordingly.

You can also adjust live campaigns (for instance, if you need to add a piece of information to your script) so you don’t need to go through creating a new campaign all over again.

The smart algorithms in CallHub calling software can detect answering machines. You can record a voice message and drop it to the contact with a click of a button in such cases. This way, your agent’s time isn’t wasted, nor do you waste the opportunity to reach out to a supporter.

PS: Make sure you follow the rules of identification, stating the purpose of robocall, sharing your telephone number, and other details in the voice recording.

CallHub has a list of call situations to select from (e.g., Answer, bad number, originator cancel, etc.) and an action for each (e.g., add to DNC and retry). But in case you don’t find a situation relevant to your campaign, you can customize your campaign and add the appropriate call dispositions.

Read here to know: How to Add Custom Disposition in CallHub.

Had a successful call, and you want to confirm a donation? Send a text follow-up! Supporter intends to vote but doesn’t have the ballot location? Send them a map link via text!

Texts can be non-intrusive and less aggressive methods of following up with your supporters after a call. These texts can be

With CallHub, your volunteers can send these texts from the calling dashboard itself with the Text-through-call-center feature.

Managers can record and monitor calls for quality checking and control. They can use these calls for training a new batch of volunteers and keeping a check on performance.

When the time is running low and you have a long contact list to cover, you need a tool that can speed up the process and eliminate waiting time. The Fastclick dialer enables you to turn up the speed by 10x so the dialing agent can cover more numbers and calling agents don’t waste time just waiting.

With these features, a Fastclick dialer proves to be a valuable addition to your political campaign tools. It is intuitive, easy to use (for young and old!), and tailored for a campaign that wants to stay TCPA compliant. Try it for free here.