The power of consistent outreach ✉️

Here’s why we send these emails:

Is it working? Right now, what we know for sure is that the open rates for our emails are steadily increasing.

Arriving at the point, the only reason we’re seeing this progress is because we have been consistent. Changes don’t come easy, and almost never all at once.

One of the most consequential pen pal relationships (at least in the literary space) was between J. R. R. Tolkien and C. S. Lewis. Lewis, a staunch atheist, was skeptical of Tolkien’s faith.

A series of letters between them ensued, where Tolkien explained the merits of Christianity and slowly but surely, pulled Lewis along the path to becoming a believer.

Disclaimer: I’m not espousing any religions in this email.

In 1931, this culminated in a walk along the River Cherwell in London. By the end of the stroll, Tolkien had successfully convinced C. S. Lewis to (re)convert to Christianity. Lewis later went on to publish Mere Christianity, a popular primer of sorts to the Christian religion.

(By the way, here’s how that particular conversation started between them in 1926:) 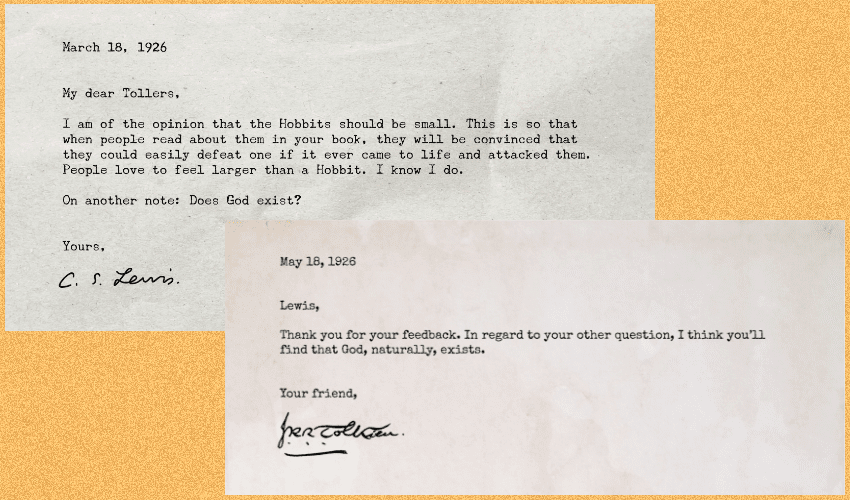 Of course, this is just an example of someone changing a strongly held belief (in this case, religious) due to consistent, personal outreach.

A comparison must be made between this series of events and the typical sales funnel of a business, or the donor stewardship plan of a cause based organization:

We’ve previously explored the power of continual outreach, and the “ladder of engagement” in the context of cause based campaigns in a blog post, which you can check out here.

See you next time,