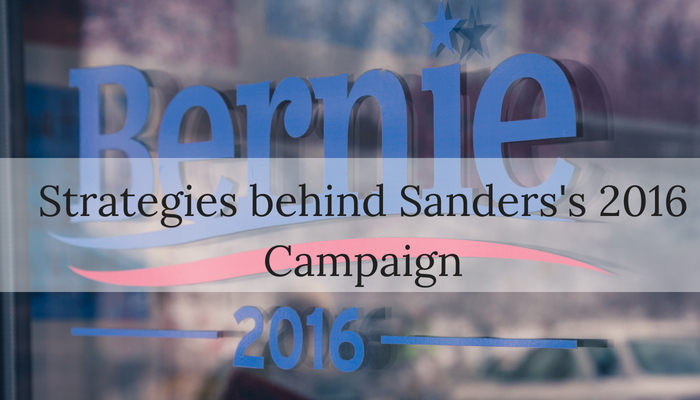 Characterised by loud rallies and massive voter donations, Bernie Sanders’ campaign to seek the Democratic Party’s nomination to become the next US President was launched in May 2015.

was the campaign slogan and his rallies were run around the theme of equality for all. Youth flocked to his speeches and contributed heavily to a campaign which fell just short of Hillary Clinton’s by nearly 3.7 million votes. The campaign initially wasn’t predicted to be a successful one- but Sanders surprised all and ended up with a respectable 43% of pledged delegates to his cause.

So in this article, let’s look at what worked in his favor:

His source of money was everyday working Americans, at one point even collecting a staggering 5.2 million dollars in a single day!

Super PACs can accept an unlimited amount of money from corporates and are mired in corruption issues. Sanders realized this and by rejecting them, portrayed himself as a “clean” candidate not holding any vested interests.

An authentic candidate is seen as a person who holds the people’s best interests in mind, and he capitalized on this.

Sanders took the millennial youth seriously and spoke about issues important to them. He spoke about racial justice, unemployment, and reduced college tuition…topics which deeply affected them and which he brought to light and promised to improve upon.

This helped gather more and more youth supporters who bought into his ideas and eventually voted for him.

In fact, on his website, and on TV advertisements he claimed that the average sum donated was a mere 27 dollars; by constantly reminding his supporters about this, he was able to return to them to ask for additional money.

His team also worked to use fundraising technology which hadn’t ever been used before, using an online text-to-donate tool to achieve their goals. Originality helped his cause.

Sticking to his beliefs

Bernie Sanders is unique in the manner that throughout his political career, he has upheld the same issues and causes.

A person who sticks to their beliefs no matter what is seen as someone credible and that is what he banked upon during his campaign.

He understood the sentiment of the masses and his speeches targeted exactly those issues; universal healthcare, civil rights, etc; issues he had long been associated with.

Although some of these were idealistic, people took notice because these very issues affected their everyday lives.

All his campaign speeches feature loud and symbolic warm-up music to create a welcoming atmosphere.

Songs like John Lennon’s ‘Power to the People’ helped tap into the people’s psyche and more importantly their anger against corporate greed among other issues. This sort of environment at his rallies drove his campaign and attracted more support.

Sanders even combined with Sonic Youth’s Thurston Moore to release a song ‘Feel it in your guts‘, giving it for free to fans who proved their contribution to his cause while the limited edition vinyl sold out in a matter of hours. 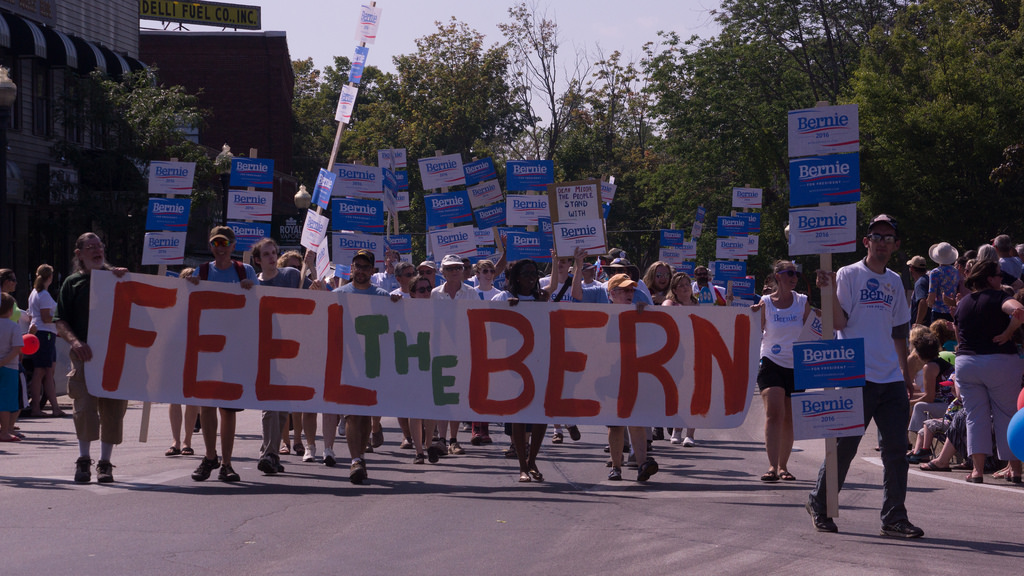 The Bernie Sanders campaign was considered more as a movement than an average election campaign. But while we laud it for its accomplishments, he failed because he was unable to gather a sizeable black voter support while Hillary Clinton was successful in that regard, winning almost 70% of the African-American vote.

While that was one of the weaker points of his campaign, he also did many things right.

By talking about issues such as corruption in politics and rising inequality, he brought these issues into the mainstream without any hesitation and gained people’s attention.

Many Democrats running for re-elections have started swearing off donations from super PACs, a definite result of the Sanders campaign which has undoubtedly made its mark on American politics. 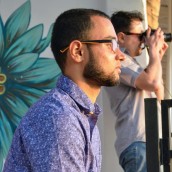