How 350 used Text Messages to Organize the Climate Strike | CallHub 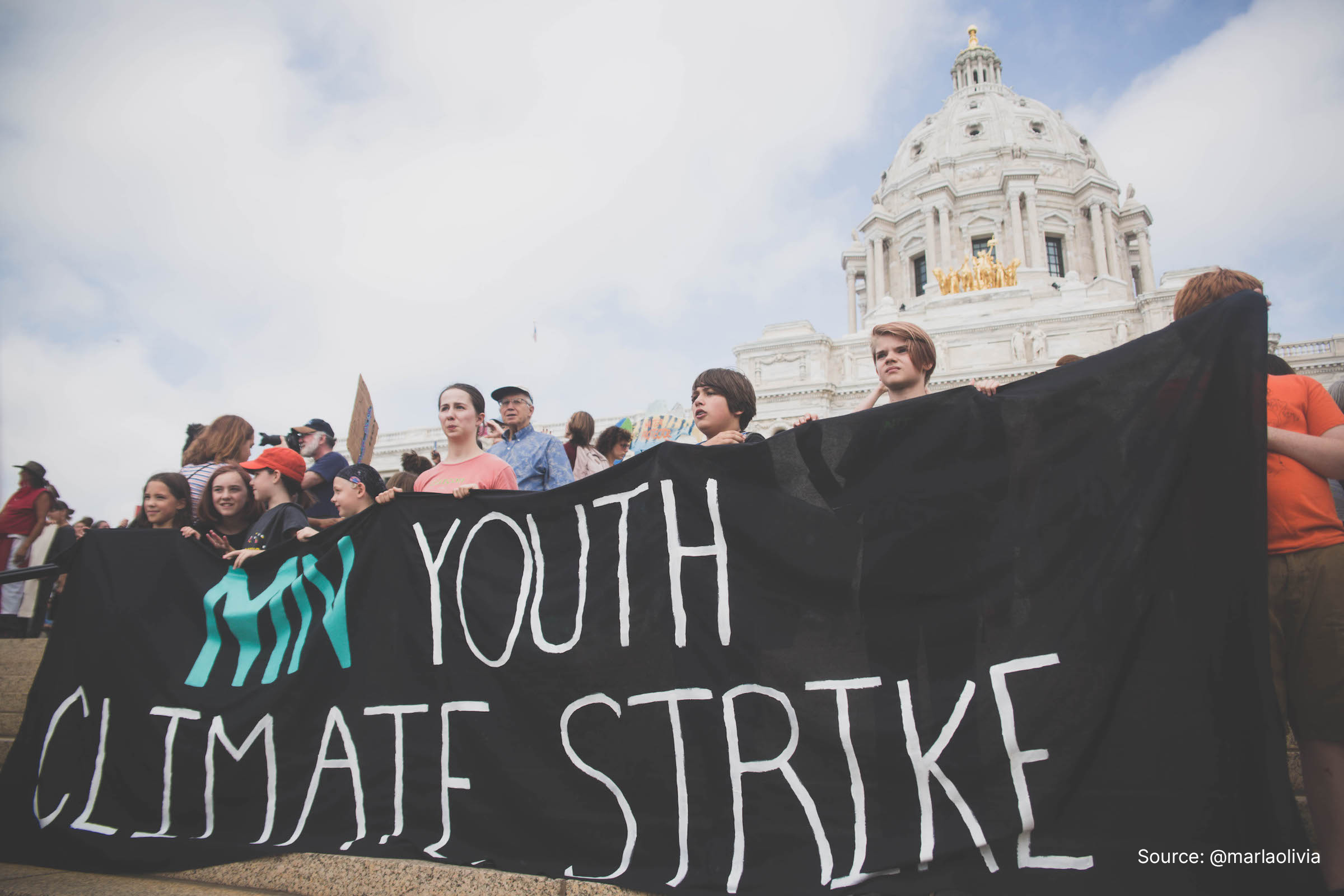 How 350 used text messages to organize the Climate Strike

Here’s how MN350 used text messaging to build an engaged list of 2919 young climate activists, and organized them to take further action towards climate justice.

The organizers at MN350 saw positive response rates over 22% while texting targeted segments of their contact list.

When Greta Thunberg arrived in New York by sea in late August of last year, she was greeted by hundreds of fellow climate activists and supporters.

With the reality of climate change setting in, It was clear that young people were ready to fight for the issues that mattered to them.

Cut to a few weeks later, climate advocacy groups were organizing rallies around the world, in over 4,500 locations, across 150 countries. They were mobilizing over 7.6 million supporters and ordinary citizens, and making their voices heard.

One such rally took place in Minnesota, organized by 350.org. 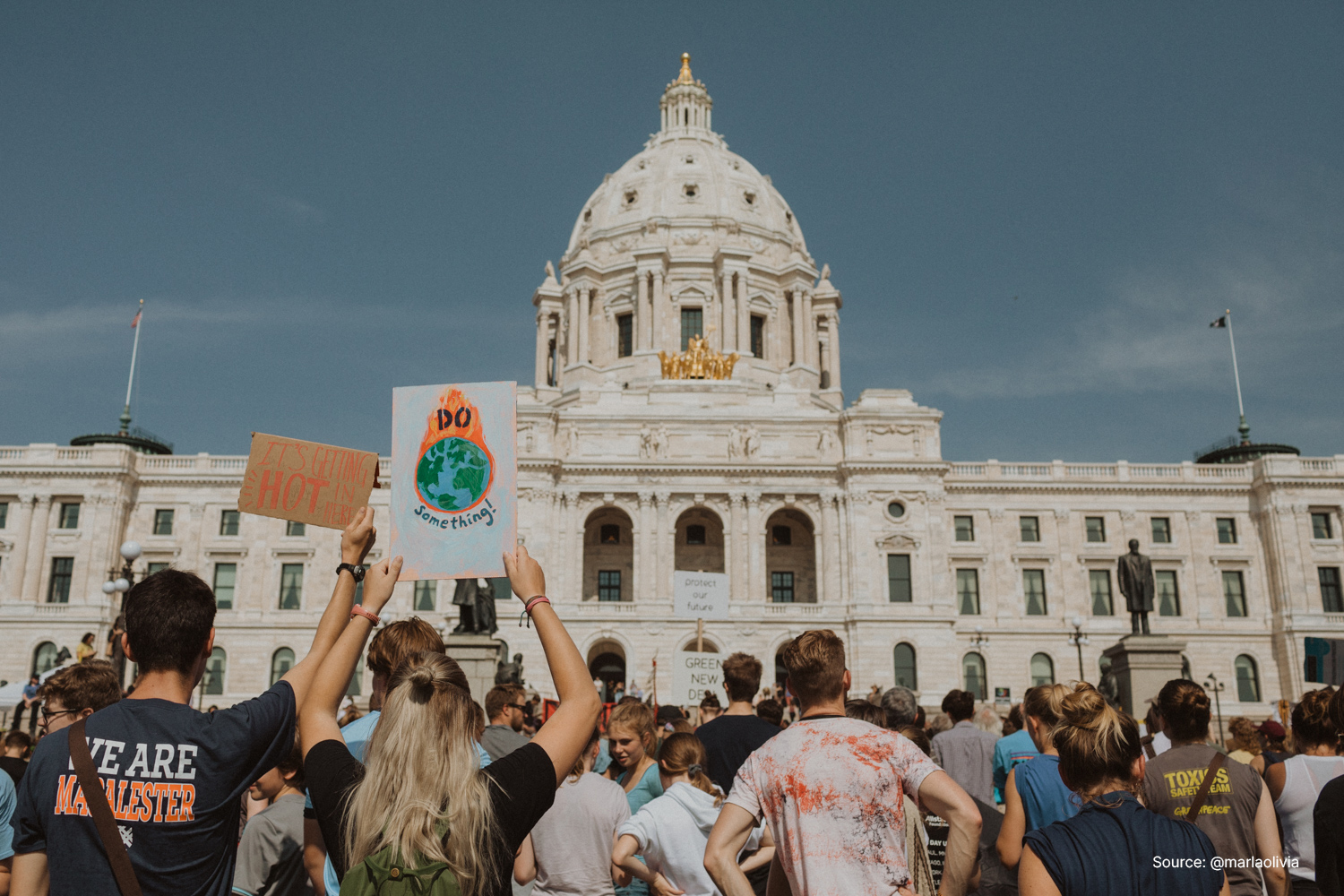 Mobilizing supporters for the climate strike 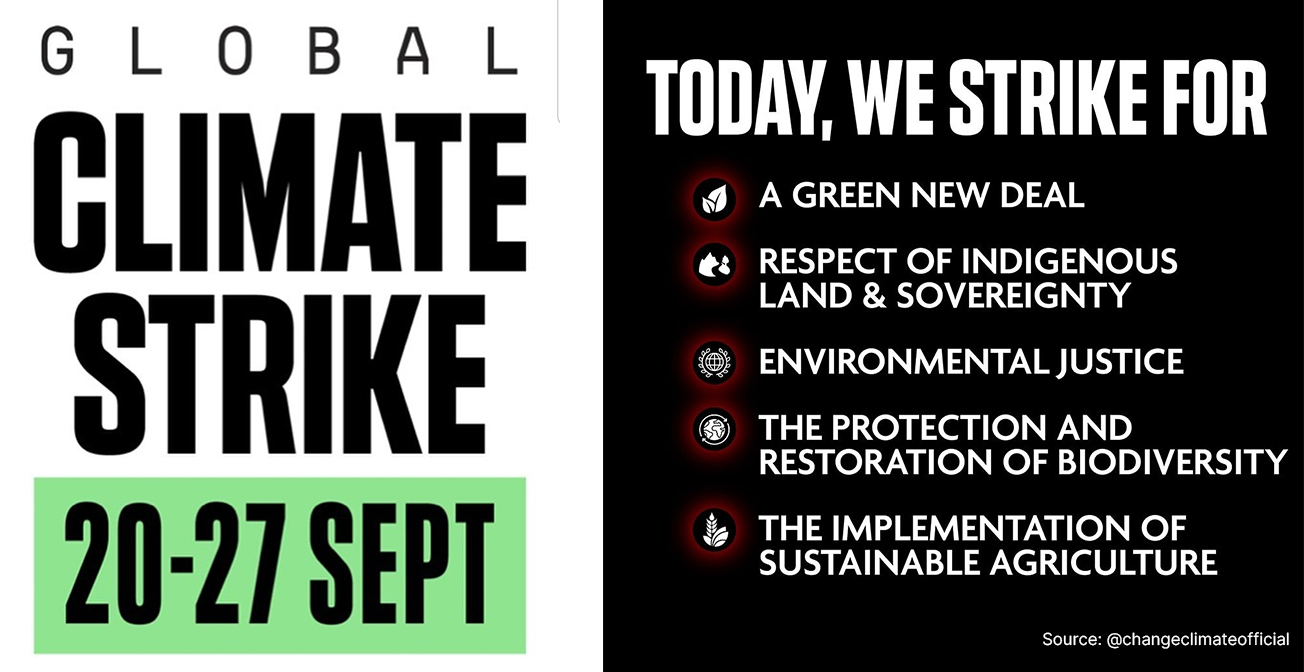 Part of a larger coalition of organizations worldwide, including the Sunrise Movement and Extinction Rebellion, their main demands in the USA were enacting the Green New Deal, and transitioning to more sustainable forms of energy.

In short, activists were looking for real, lasting change.

But first, the organizers in charge of these rallies had to overcome their primary challenge. Getting people to show up. Young supporters of the climate movement were accustomed to taking action online, but volunteering or showing up for offline events was different.

How do you activate a dedicated online base of young supporters and bring them out to not just one event but multiple, over a period of time?

It meant keeping them engaged and energized.

They needed to be able to have relevant, two way conversations with supporters. For example, to:

We talked to Priya Dalal-Whelan, an organizer for MN350, about the movement, and how they mobilized supporters:

“I am a senior in high school in Minneapolis, Minnesota. When the UN released the IPCC report in 2018, I realized climate change was a threat to me, my classmates, and all future generations and decided to get involved with the Youth Climate Strikes. When 6000 people attended our strike in September, I knew the rest of our generation felt the same way. “ 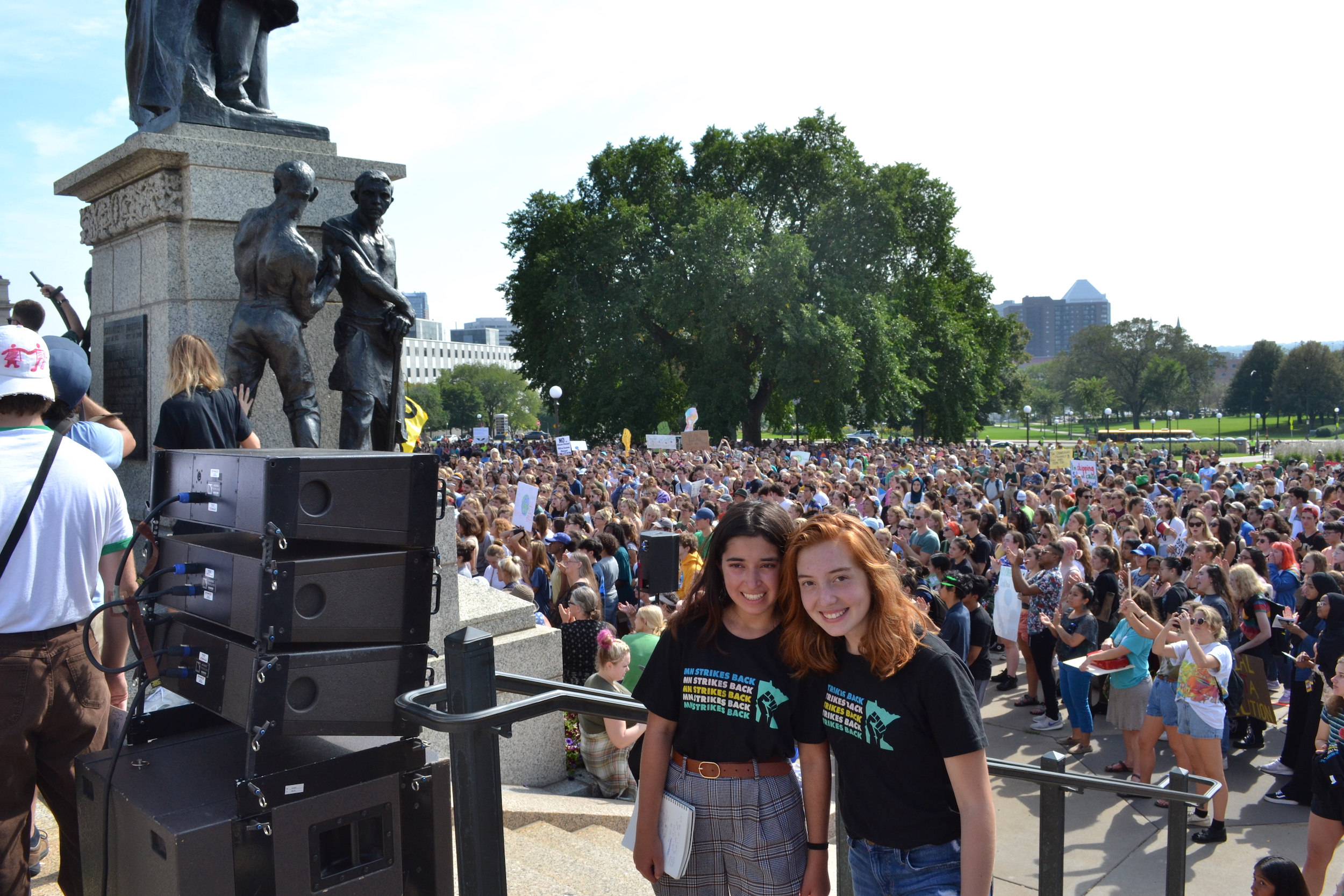 Deciding on a mode of outreach

“I got the idea from the Women’s March, where they had text messages, and I asked Ulla from MN350 how we could do that. She said CallHub was the best way (to do it).”

The 2017 Women’s March, which gathered over 5.2 million participants, had effectively used text messaging to mobilize supporters and turn them out for marches worldwide. 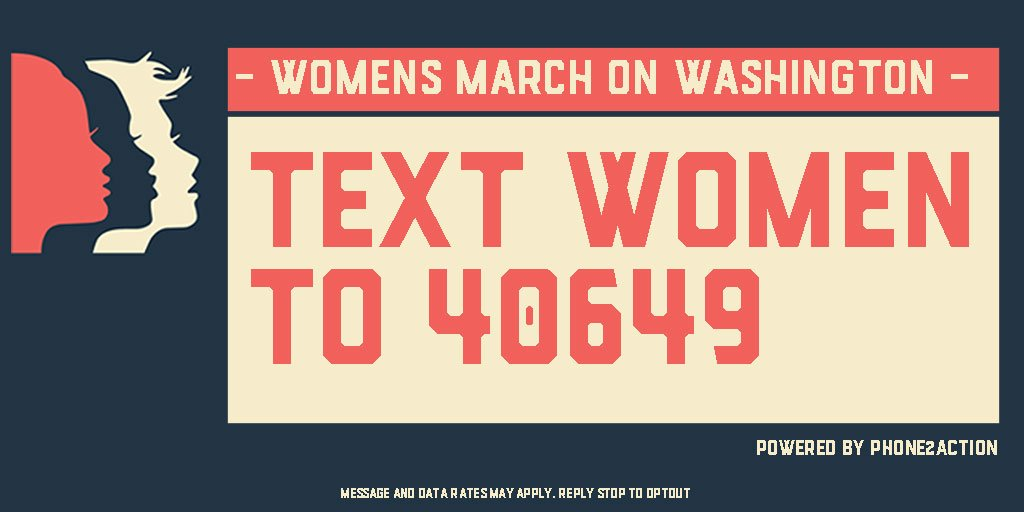 For the organizers of the youth climate strikes, text messaging was the ideal way to reach out to their young followers.

In a study, almost 75 percent of American Gen Z’ers and Millennials said they would rather talk over text messages.

Taking cues from the women's march, the organizers at MN350.org used text messaging with CallHub for:

• Getting supporters opted in to their communications.
• Gathering data to send out targeted messages.
• Running efficient outreach campaigns.
• Recruiting organizers for their movement.
• Getting their supporters to come to rallies and other events.
• Asking supporters to sign petitions. 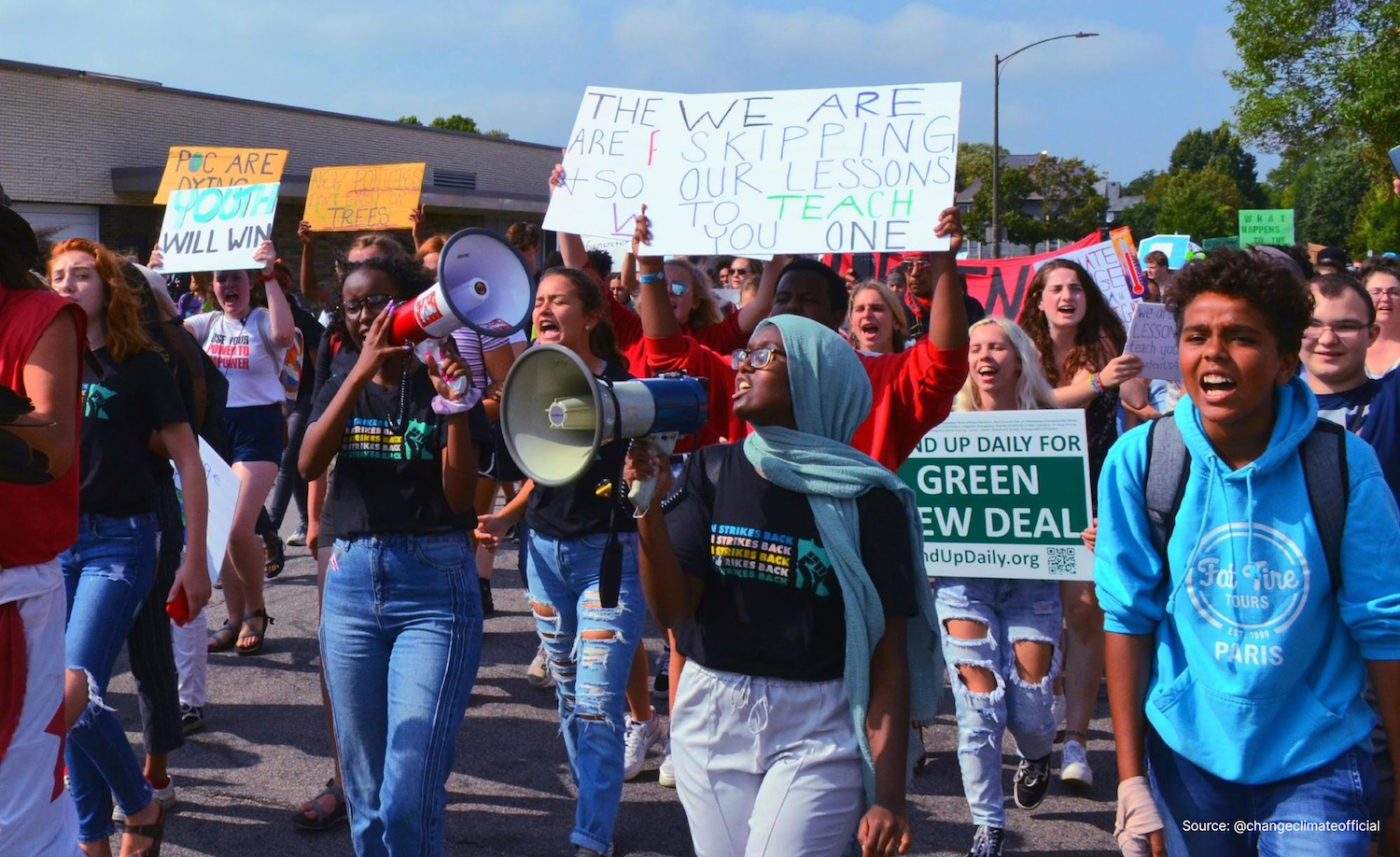 For Priya, and other organizers at MN350.org, the path to their goal was simple. They needed to engage supporters of the movement and bring them out to future rallies and events. That meant getting a list of contacts to keep engaged.

Of the roughly 6000 people that came to the first strike on September 20th, 2919 attendees opted in by SMS to their text message communications.

According to Priya, this was done by making the call to action very prominent.

“When we had speakers, we told people to do it (opt-in), and we had signs around the march too”

Speakers at the front were asked to announce the keyword (MNSTRIKE) and the number (33339) to the rally attendees, who texted into the number.

That meant everyone at the rally heard or saw the call at least once. Testament to the ease of using text messages, half the attendees signed up using their mobile phones on the spot.

What is an opt-in campaign?
By setting up a text message opt-in campaign, you can let people consent to your communications and get added to your contact list, simply by texting a keyword to a number.

Gathering data for future communication during an opt-in

The organizers at MN350 wanted to make sure that the communication going out from their campaigns was highly relevant to their audiences. When they wanted to recruit volunteers, or organize local artbuilds, they needed to know who to send texts to.

That meant getting data that could be used to target specific groups with specific messages. Through CallHub’s SMS Opt-in campaigns, organizers were able to get people’s data, by sending automated follow up questions right when they signed up.

“We had it as an automatic process, so it collected what school they went too, their grade, their name. We had that all in a spreadsheet, for when we used peer-to-peer texting”

How did they use the data they had on these new subscribers? By collecting identifiers like a contacts age or school, they were able to target different groups of people with different messages.

Importing data to CallHub:
You can choose to import your contacts into CallHub by connecting it to your CRM, or by uploading spreadsheets with your list of contacts.

The segmented lists were used to send targeted messages to contacts. 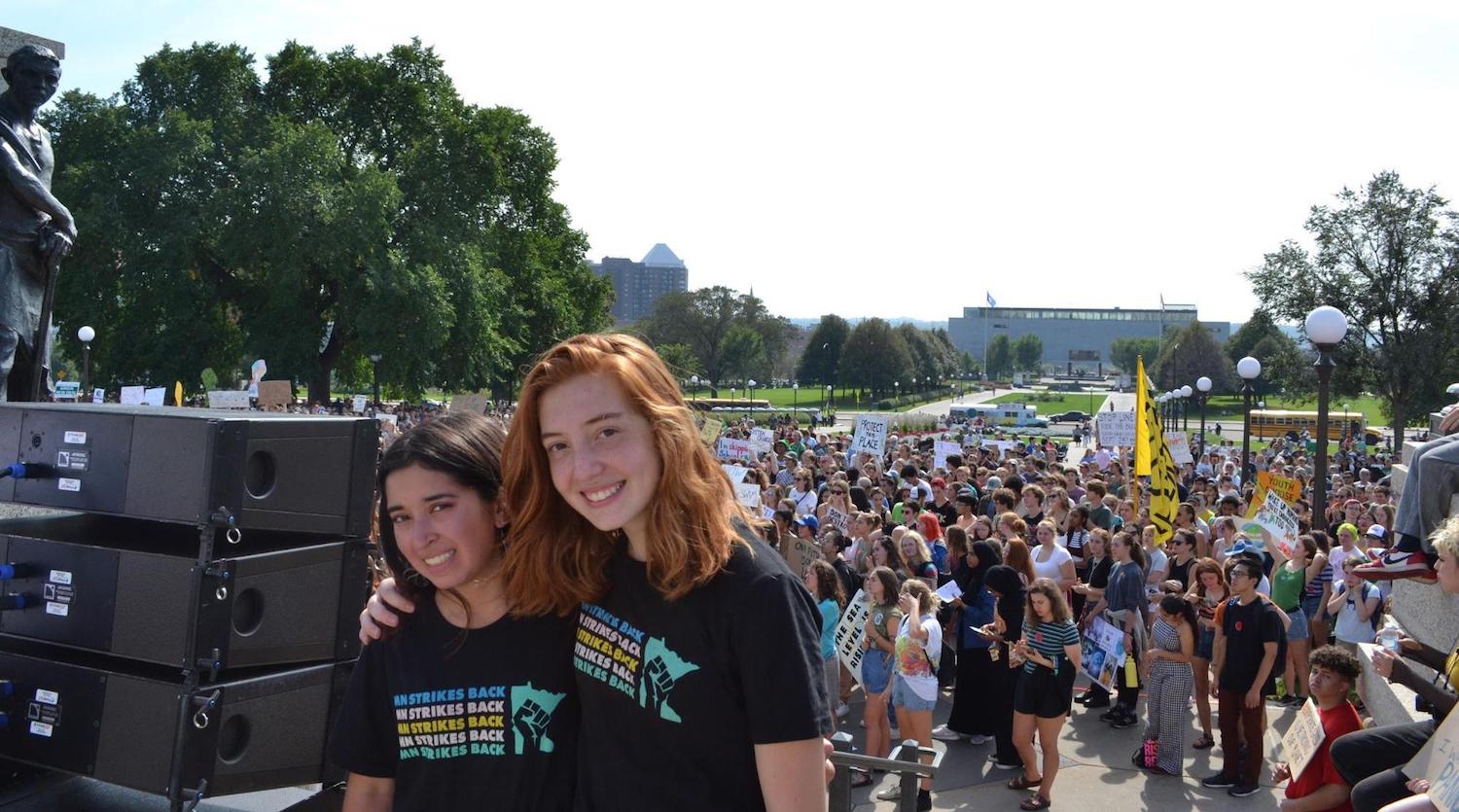 Priya with fellow organizer at the Climate Strike

As passionate as they were, volunteers needed time and energy to reach all their contacts. That means not all of them were going to be available to send out peer-to-peer texts when you need them to be.

According to Priya, the ability to reassign contacts to active volunteers came in handy:

“I assign all the contacts, and a bunch of organizers are the agents. It’s nice because I can, if they’re not doing it, just (re)assign the contacts to someone else, or I can do them myself”

How do you reassign agents?
If one of your volunteers cannot make it to a shift or cannot contact the people assigned to them for any reason, simply choose that agent and assign their contact list to any other agent/s of your choice.

That meant under a watchful campaign manager, there was no time wasted in getting the message out to supporters. 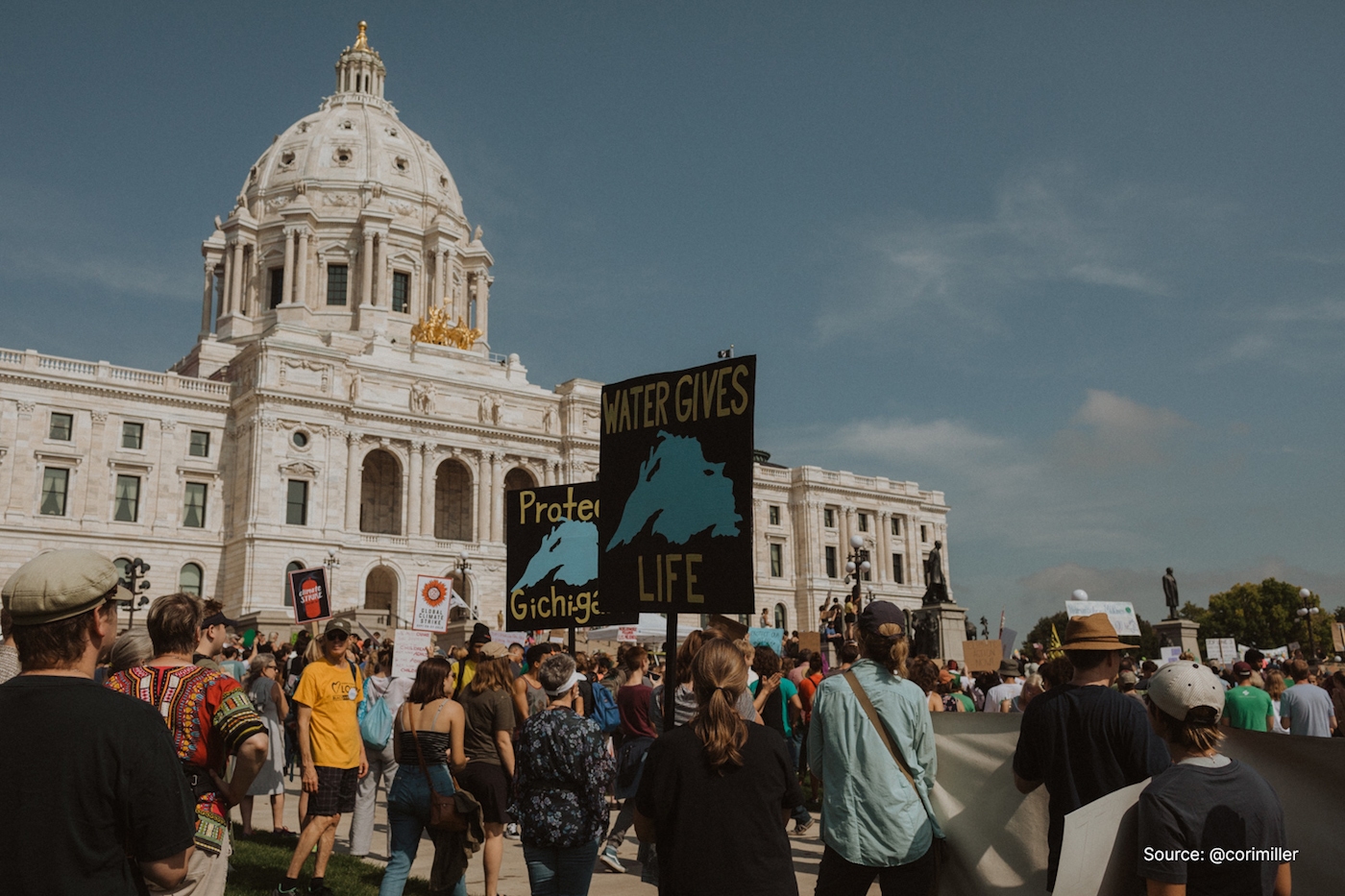 The first priority was to recruit volunteers.

Organizers sent out the call at the end of October, reaching their contacts with conversational peer-to-peer text messages.

A personalized initial text, asking supporters if they were willing to become organizers was sent out. Over 22% of the people who got the message replied positively. They received a followup message with a link.

The link led to a form, asking interested supporters how they would like to help out and connected them to their local chapter of the organization.

Supporters who signed up joined other organizers, who focused on demanding change from local targets leading up to the main event on December 6th.

With the help of the newly recruited organizers, the next step was to bring people out to the December 6th Strike.

Mobilizing event attendees on the 6th of December

Getting people to the climate strike meant using a combination of methods, like texts, social media updates, posters, and having dedicated student leaders rallying people from their schools.

For the already active supporters who had come to the September rally, peer-to-peer texts offered a direct channel to reach out to them. Organizers for the climate strike started sending text messages a few days before the event.

Based on the data they had collected during their opt-in campaigns, these texts were targeted.

“For the 6th, we did a local event in the morning, before we did the state event, so the twin cities kids got an extra message that said also you should come here at noon, before we all come together at 3. Same with the college students who had their own event”

That meant uploading segmented lists as phonebooks into CallHub, and setting up campaigns for each list. In this case, the supporters living in the Minneapolis–Saint Paul area were invited to a separate rally before the statewide event.

The campaign inviting people to the main rally went out to everyone in the list.

Over 10% of the 2919 people who were contacted via peer-to-peer texts said they would come to the rally.

“On the Dec 6th strike, we went to their (legislators) offices. We split into groups to visit their different offices and then came back together. We had meetings with three of the four people who were in charge of the decision.”

“Before we do an event, we do art builds, so we use CallHub to get people to those too. We make the posters we are going to use and the signs we’re going to show.” 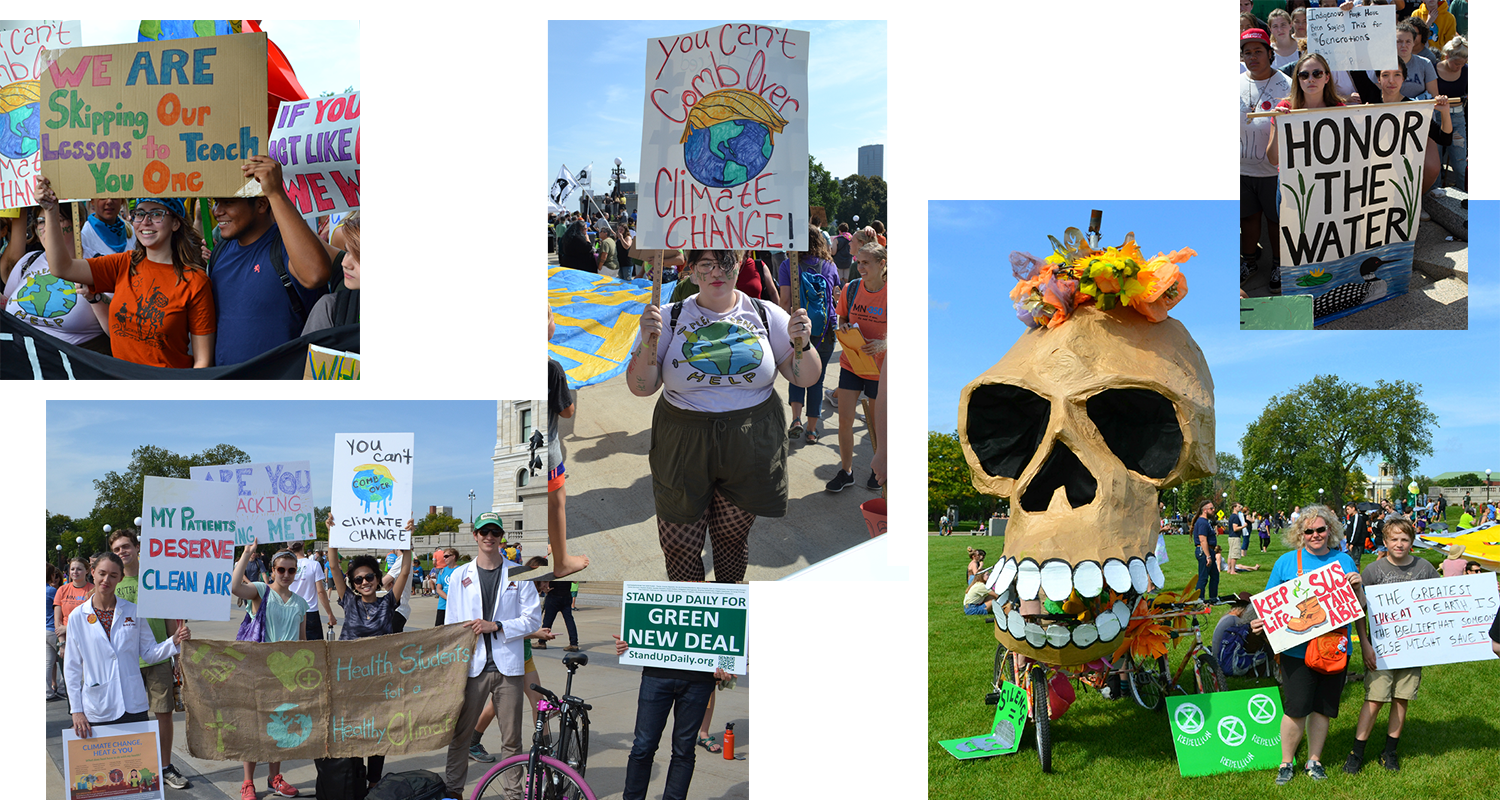 For asks like inviting supporters to an art build, a quick mass text lets them reach all their contacts in one go.

What is mass texting?
Mass texting software lets you broadcast a text message to all the people in your contact list at once. With the help of custom fields, you can personalize these messages.

While they might not be as engaging as peer-to-peer texts, they allowed organizers to reach supporters with time sensitive information, such as the location for an art build being organized the next day.

Organizers continued to keep up with the contacts on their lists, with the help of low barriers asks like signing petitions.

The last petition sent out received a positive response rate of 22%!

Evident from the high response rates, supporters appreciated being kept in the loop.

Getting people to take action offline, be it volunteering, attending a rally or dropping off a petition, meant not only using a channel that was best suited for their supporter base, but also one that offered personal and engaging communication.

By engaging their list of supporters regularly through text messaging, that’s precisely what the organizers at MN350 managed to do.

We asked Priya what a channel like text messaging meant for for a youth led movement:

“We used a short code on Callhub to collect the contacts of those who wanted to join us. Then we used peer to peer texts on CallHub to incorporate them into our organization. Since then, we've used Callhub to organize strikes, art builds, and sit-ins. Callhub helps us keep our movement growing and pushing change forward.”

Take CallHub for a test run