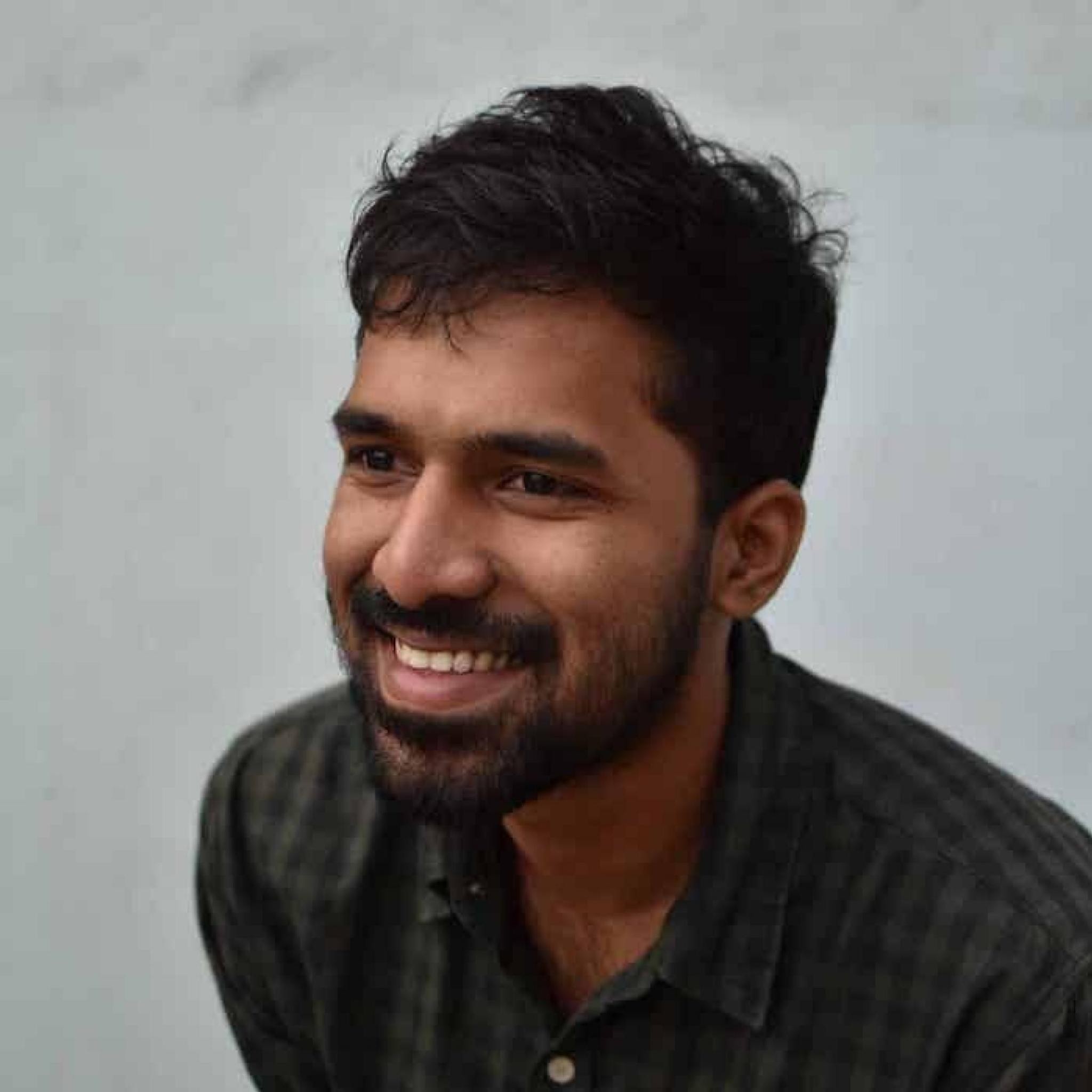 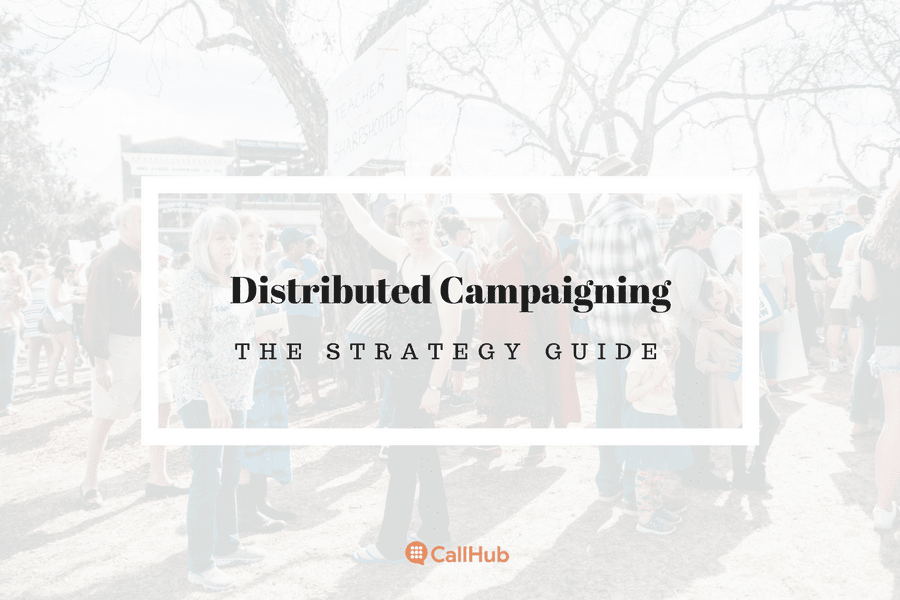 The distributed organizing model moves away from the traditional hierarchical management structure or the top-down model and opts for the bottom-up model where volunteer leaders are assigned autonomy of local campaigning efforts.

The central office advises on strategy and local chapter leaders take up the responsibility of organizing people and voter outreach efforts that align with that strategy. Because of this move, campaigns ease their load on the central office and reduce the dependence on paid staffers for organizing efforts.

Today, we’re seeing more takers for the distributed model for its capacity to amass grassroots support, empower supporters, raise money, and of course scale up in a way that would require some serious cash burn otherwise.

We’ll take a detailed look at the distributed model, the structure in which it is organized, and the intricacies of managing a voter contact effort.

While chapter leaders run on-the-ground initiatives, a central campaign strategy guides the overarching goal. This central strategy dictates where to direct the efforts of local chapters and provides guidance on the best way to carry out campaign building actions.

With a grassroots effort, it’s important to let people feel comfortable in the way they contribute. Make volunteer activities worth the effort of your volunteers, offer them the flexibility to take on as much or as little work as they please, and actively identify and recruit new supporters to your movement.

Make it worth the effort

Make sure that the cause you take up is worth the time and effort of the people you’re going to be engaging. If your movement doesn’t influence people’s lives or that of their community, people are not going to bother supporting you.

Offer a way to participate

If people see eye to eye with your cause, they’ll be looking for a way to contribute. And different people will have different ways they’d want to help. Make sure you make affordances for different types of asks which could range from volunteering for a text banking shift to organizing a local chapter itself. Give supporters the autonomy to decide how much work they want to take up. Provide them with the strategy and resources, ask them to work towards a common goal and hold them accountable for the tasks they take up.

Amongst the volunteers you hire, identify your super-volunteers, the people who are truly passionate about the cause and want to organize themselves. Get them to recruit volunteers and organize events themselves.

When you have a super-volunteer ready to form a local team, follow these steps to onboard new volunteers:

• Reach out to people from the area who’ve signed up on your website, opted in through SMS, or showed interest in some other way that they wanted to volunteer. If you have access to lists with supporter data, you can also create targeted contact lists based on criteria that point to a prospective volunteer (like having donated previously to the cause).
• Enquire about volunteer skills and inform them about what is involved in the work.
• Give volunteers a task to shortlist them for the team.
• Reach out to the subset that has completed the task and invite them to work.
• Make sure team members collaborate and communicate by getting them onto a Slack channel.

Having a large cohort of volunteers to tap into is one thing, but aligning them with a central campaign strategy is where the cakes at. Most often, it is to drive a voter contact effort that uses local volunteers (who reflect the local dialect and culture) to talk to others in their community. A central database of people to be engaged is split between local chapters where volunteers call and text and knock on doors to get the message across effectively.

Effective voter outreach is imperative to the victory of a distributed campaign. Modern campaigning tools have made it easier for distributed networks of volunteers to actively contribute to outreach efforts from the comfort of their homes. Volunteers simply log in to tools like CallHub from their browser to make calls to voters or join peer-to-peer texting campaigns. The data from these outreach campaigns instantly sync to a central database letting the campaign manager keep track of progress made by individual chapters towards the final goal. Keeping a tally on the number of voter contacts logged in your database gives a good estimate of how close you are to your goals.

Without actively reaching out to voters, campaigns risk existing in an echo chamber of their most vocal supporters. To bring your campaign to fruition, you have to take it to the masses. Your supporters have to be identifying and engaging new voters till you garner enough support for an election win, pass a ballot initiative, or get a bill on the floor.

A best practice is to use software that comes with robust integrations. This ensures that campaign data seamlessly flows between outreach tools and the campaign database. For example, when a volunteer fills in a survey on CallHub, the information is instantly synced with platforms like NationBuilder, NGPVAN, or Action Network (depending on which tool the campaign is using to manage voter data).

Your phone banks can be automated or manual, with automated dialing used for larger outreach efforts where you need person to person conversations at scale. With manual dialing, volunteers are provided calling lists (paper or online) which they reach out to from their own phones.

Peer to peer texting, on the other hand, uses text messages to connect campaign volunteers to voters. P2P texting platforms are put to use in large scale outreach efforts with volunteers having the capability to handle hundreds of conversations at the same time.

Of course, there is a tendency to associate success with a medium rather than how that medium was put to use. Even if you are using the most advanced calling and texting tools, it would be for naught if your volunteers are not properly trained on the best ways to use them.

We’ve compiled a list of phone-banking best practices in an article here. Along with thirteen best practices for your peer to peer texting campaigns. Be sure to check them out if you are running voter outreach efforts.

Issues with the distributed campaigning model

The distributed organizing model brings with it a fair share of issues that hinder effective campaigning. The three problems commonly associated with it are:

(1) Lack of accountability: With volunteers spread across the country, it can be hard keep track of individual outreach activities. Volunteers are usually provided with a script and given specific instructions on how to handle voter outreach. But once the voter contact efforts start rolling, there is a high probability that not every volunteer will abide by these instructions. And a single manager cannot realistically monitor thousands of calls or texts made by a large number of volunteers.

(2)  Duplication of efforts: Volunteers from different local chapters end up contacting the same people over and over because of the lack of a central database to collate data.

Traditionally campaigns engage identified supporters and occasionally a campaign can dedicate resources to engaging people on the fence about a candidate or an issue. But with a powerful grassroots capacity to tap into, campaigns can approach civic engagement on a scale that is inclusive of the full political spectrum.

A grassroots campaign driven by volunteers may be more rag-tag than a centralized campaign, each of your volunteers may not be able to come into work day on end, but when they do, they’ll put themselves into the work with a passion that’s difficult to emulate on this scale with paid staffers.

What you have to be careful about is not let the momentum you build up with a grassroots volunteer base wither out by backing initiatives that don’t follow through on a long-term strategic plan. Many groups using the distributed campaign style have not moved beyond garnering petition signatures online or building huge lists through community members.

That’s why a top-down leadership strategy should work cohesively with grassroots networks to help align your efforts for the final win.