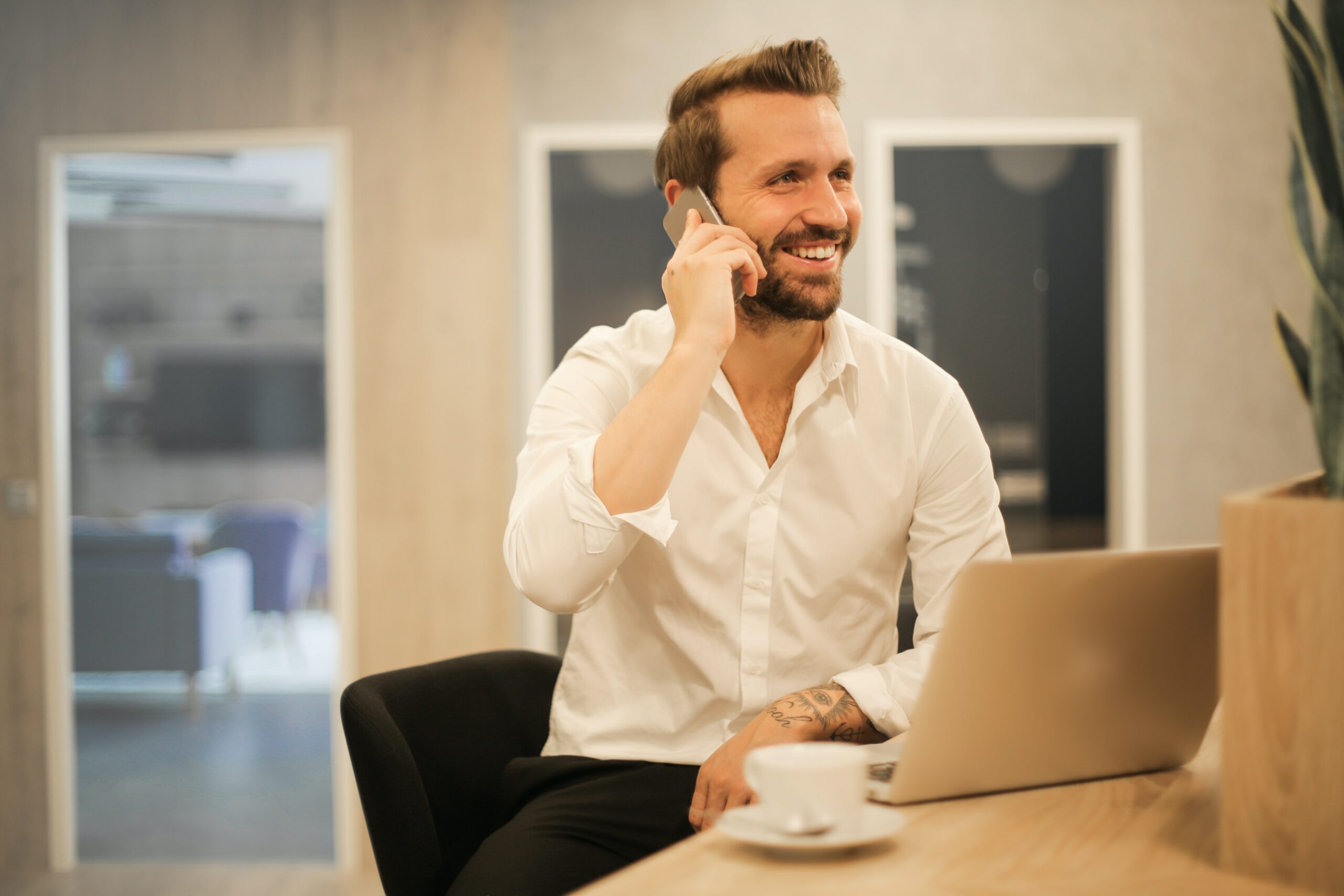 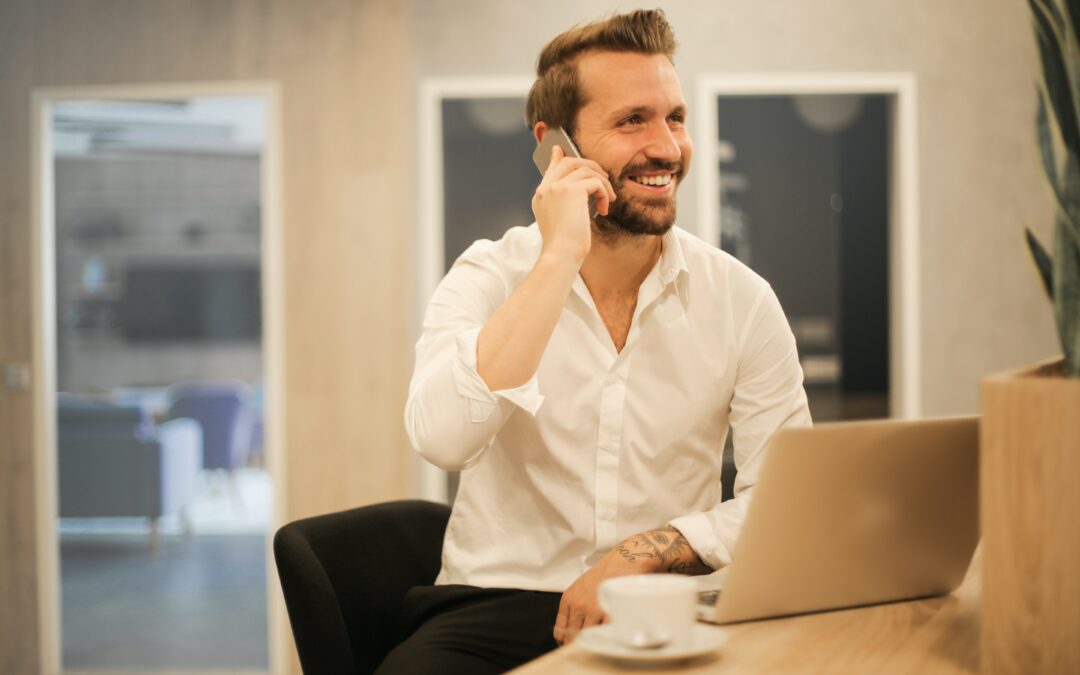 An example to signify the importance of a fine donor thank you call script.

Rachel was making fundraising calls to thank her donors for their contributions:

“Hey Malcolm, it’s Rachel from Hope Society. I am a board member here. You recently made a donation to…”—“Yes I’m aware I did, so what do you want now?” he answered curtly and in a wary manner.

“Well, Malcolm, we don’t want anything! I was calling to thank you for your generous contributions—because of you, our ‘Save the Children’ campaign received a fantastic boost, and we were able to achieve our yearly goal.”

“Oh. That’s great to hear. I was worried you were calling to ask for more money!… So Rachel, can you tell me how your campaign was successful? I’d love to hear more about it.”, he replied in a polite and relaxed manner.

When nonprofits call their donors, the latter are generally wary since they think you just want more money from them. So just imagine the impact you can have in your relationship when they learn that you’re making phone calls to thank them instead. Having board members or staff call donors within 24-48 hours of the donation or campaign closing can have a huge impact on how they perceive your charitable organization.

It is certainly a nice gesture on your part to appreciate them—whether they are first-time or recurring donors.

A thank-you script is an important factor when you’re making calls to donors because they remind you of what to say and how to react to different responses. For your most dedicated supporters, these calls are an additional feel-good factor.

However, creating your own script for the first time may seem like a challenge, so we’ve talked about some simple tips to make it easier for you! We conclude with a donor thank-you calls script sample.

You May Also Like: 5 Grave Mistakes that Hamper Donor Relations (And How to Avoid Them).

Use their name and introduce yourself to give context

When you’re speaking with your donors, addressing them by their name makes your phone call more personal as opposed to calling them “Sir” or “Ma’am”. Since your thank-you call is aimed at maintaining donor relations, personalizing it is a good strategy to follow. Using their name also makes them more alert since they’re now aware that there is a connection between you and them.

The next step in drafting a script for donor thank-you calls is to include an introduction—this gives listeners context so that they know where you’re calling from and don’t have to rack their heads thinking of who you could be. For instance, your script could include something like: “Hello {donor name}, this is {your name}. I’m a {your designation} with {nonprofit name}.” Saying you are a volunteer or board member or mentioning your exact role gives more weight to your introduction.

Immediately get to the ‘Thank-You’ part of your donor call

Once you’ve got the introductions out of the way, jump straight in toward the purpose of your call: to express gratitude. By doing this, you’re clearing out any doubts your contacts may have that you’re calling to solicit another donation from them. By thanking them, you’re essentially making them feel at ease, and they won’t be wary during your next call either. Add a simple sentence in your script which explicitly conveys this. For instance:

“I am not calling you to ask for a donation. I just wanted to say how grateful we are at {your nonprofit’s name} for your generous gift. We are always deeply thankful to our most dedicated supporters like you.”

You May Also Like: Ending The Year With A Smile: How To Write The Perfect Year-end Thank You Letter

Make the acknowledgment of their donation

The next step is to specify what the gift helped in achieving. Mention the campaign or project which it funded and talk about the results. This is useful as it makes donors feel their decision was validated, i.e. of donating to your organization, and makes them feel good because their money helped an important cause. It also reassures them that their donation was used as intended.

“Because of your generous gift, we were able to {mention the impact it had on a particular campaign}.”

Give room if they want to talk

Most donors have other things on their minds and will probably want to wrap up the conversation quickly. Sometimes donor thank-you calls can last only seconds. If that’s the case:

“Well, that’s all I had to say to you, {donor name}. Thanks again for {their gift/increasing their spending/their support}. Have a great day!”

However, If they do seem interested in talking, use this opportunity to learn a bit more about them to help your next call: their motivations, any insight they may have about the cause or an experience they might want to share. Remember, this is a conversation you’re having, after all, and is a great chance to bond further. You can even ask a few open-ended questions just to get them to share their thoughts. Recurring donors are more likely to have a longer conversation because they are engaged with your charity.

Include something like this in your donor thank you script:

“I wouldn’t want to take up too much of your time, but if you could just talk about {ask a question such as: why they decided to donate to your cause, what inspired them to start donating, or if they’d like to be involved in other ways apart from being a donor}.”

Feel free to include whichever questions seem relevant to you. The goal here is to make the conversation flow naturally and smoothly. Also, make sure to note down their responses in your survey forms so that you can use them to personalize your future outreach. Remember that every touchpoint—phone calls, text messages, or emails—can provide valuable information to personalize future communications.

You May Also Like: Done With Giving Tuesday? Here Are Some Of The Best Ways To Thank Your Donors.

If you aren’t able to reach the donor, don’t fret! Simply leave a voicemail so that donors are aware that you called. Since you’d probably be using an autodialer tool to make your calls, your staff can leave a pre-recorded voicemail with a simple click and move on to your next call. Here too, mention your name and designation at the organization. Knowing a board member or dedicated member can nudge a contact to give a callback.

Now that we’ve talked about what you should include in your phone calls let’s look at a sample thank-you call script that encapsulates all these points.

“Hi Alan, this is Jennifer, a volunteer/staffer/board member with Blessings For All. I am not calling you to ask for a donation. I just wanted to say how grateful we are at Blessings for your recent contribution and generous gift and how much it means to us. Because of you and our most dedicated supporters, we have been able to provide food to 15 villages in Senegal! We cannot do our work without generous supporters like you, Alan, which is why we wanted to thank you personally.”

“Well, that’s all I had to say to you, Alan. Thanks again for your contribution. Have a great day!”

If they seem like they’re open to talking further:

“I wouldn’t want to take up too much of your time Alan, but if you have a moment, I would love to hear about why you feel so strongly about our cause and what your motivations are for making a donation.”

{Be natural and try to understand their point of view and if you can gain valuable insights or stories from them.}

Having staff call to thank your donors and highlight their impact is an unmissable step in maintaining and strengthening donor relations. Use these ideas to build your own script but use it only as a guide so that your conversations don’t seem forced.

For your next set of prospective donors, use these phonathon scripts so you