An Introduction To Grassroots Marketing And Unique Strategies You Can Implement 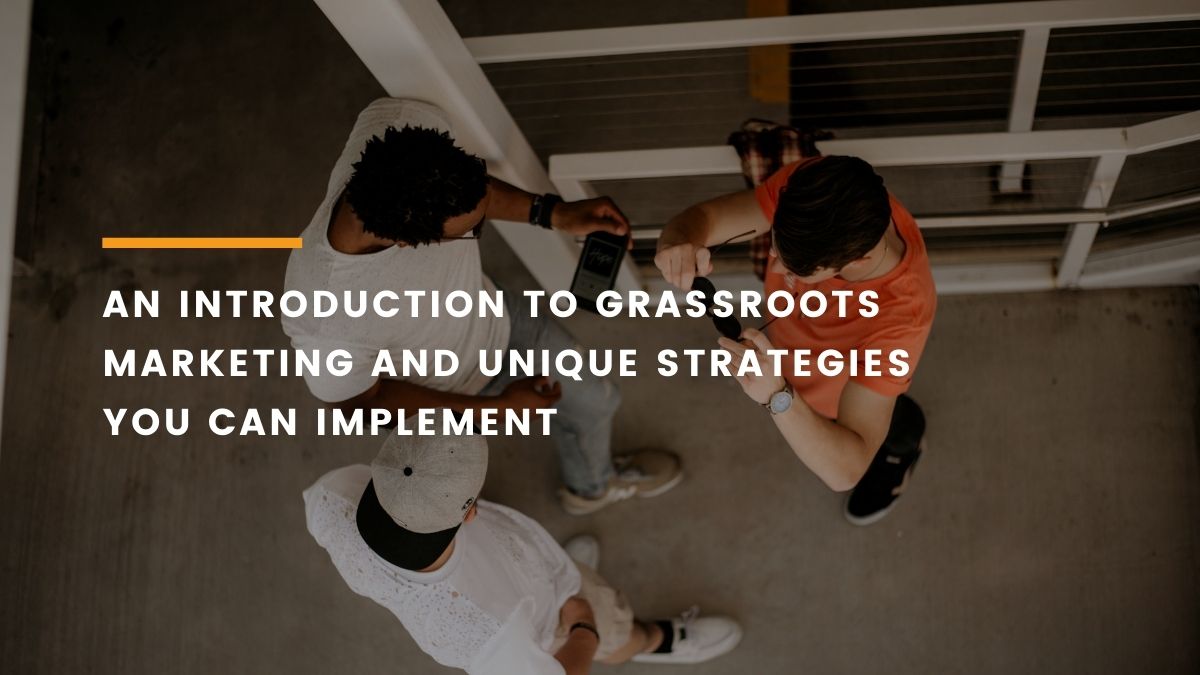 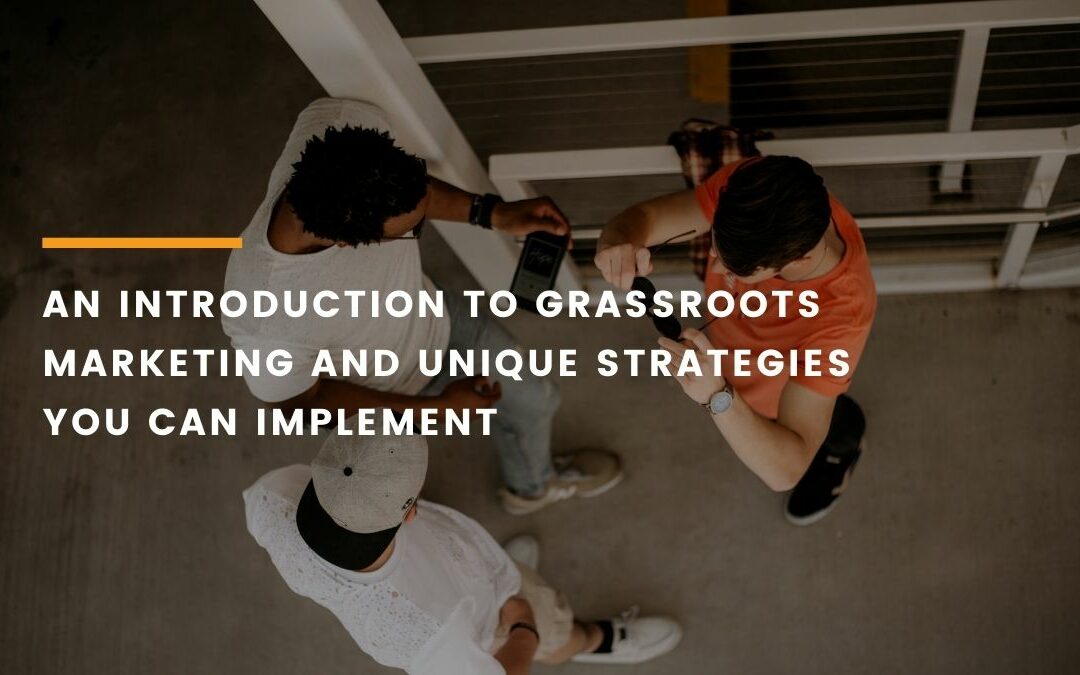 In early December 2013, WestJet, a low-cost Candian Airline company, released a powerful video. In the video, travelers told Santa their wishes before boarding, and staff at the destination raced to meet them with those gifts.

The heartwarming video was a thought-out attempt at grassroots marketing, and it worked remarkably.

If done right, Grassroots marketing is an excellent way of getting the word out about your business. This post will cover everything you need to know about the marketing strategy.

What is grassroots marketing?

Grassroots marketing is a strategy in which businesses and organizations create content that is highly targeted to a niche or specific audience. The objective of this approach is to inspire that audience to share your message with others to gain some traction.

Grassroots marketing doesn’t always have to rely on digital media. Although the internet and social media have made it easier for people to share your message, grassroots campaigns can be carried out on the ground as well. For example, you send out a text blast offering coupons or exclusive benefits for existing consumers who refer others.

Since you’re targeting a small niche audience, organizations often fail to see how effective grassroots marketing campaigns can be. But, there are several benefits to this strategy that makes it so valuable and effective.

On the other hand, traditional marketing campaigns, like print advertising or PPC, require a significant upfront investment.

For example, Threadless, a custom t-shirt company, invited graphic designers and art fans to create and share custom t-shirt designs with their networks. Designers got to experiment with their designs and get feedback on them, whereas consumers got awesome custom made t-shirts.

This cost them almost nothing and brought in over 10,000 members in the first two years.

On the other hand, if they had opted for PPC advertising, with the average cost per action of $19.23, they would have had to spend nearly $192,300 to acquire those many members.

2. It helps build a loyal customer base.

A study from Sprout Social found that 61% of consumers would be more likely to research a company or its products and services if a friend posted a story about it. Compared to that, only 36% were likely to do that if it were mentioned by an influencer or celebrity.

This indicates that people are more likely to trust recommendations from friends rather than anyone else. Peer recommendations give you the opportunity to provide these new prospects with a great brand experience that leads to higher trust in the brand and hence more loyalty.

3. It has lesser competition.

Most marketers don’t think about grassroots ideas often because they believe that the scale of the impact it makes on the brand is very low.

Moreover, targeting niche audiences with specific interests through traditional marketing is harder. For example, imagine how difficult it would be to target single parents in a community through poster marketing. You won’t be able to ensure that each one of them sees it and hence won’t be able to get your message through effectively.

This is why marketers prefer reaching out to large groups instead of niches. This, in turn, is why a grassroots marketing campaign can go largely uncontested in terms of your audience’s attention, making it more effective.

Just like there are two sides to every coin, grassroots marketing also has its disadvantages.

Unless your campaign goes viral, it is difficult to gain a lot of traction quickly with grassroots marketing.

The typical flow of a grassroots campaign is as follows:

With traditional marketing campaigns, however, you can skip to the second step or even the fourth, depending on the amount of money you put in, and spread the message to a much larger group at once.

While people will listen to the positives about your brand from the niche group you’re targeting, they will listen to negative feedback as well. This feedback, too, can gain as much traction and hurt your efforts. Maybe not significantly, but still.

While you can’t control who gives the negative feedback, the least you can do to repair the damage is to be quick about addressing it.

Acknowledge the concern publicly, so people know that your brand truly cares about the consumers. In the meanwhile, you work to rectify things privately. Furthermore, you can also add an update about the feedback stating how you rectified it.

Now that you’re clear on what to expect with grassroots marketing let’s take a look at some examples of campaigns and what you can learn from them.

Examples of grassroots marketing and strategies you can steal from them

Grassroots campaigns differ in scale and methods based on the objectives they are trying to achieve. Here are some notable examples of campaigns that you can take something valuable from.

EverNote, a note-taking app, introduced a referral program when it launched. The program awarded points to its customers every time they made a referral. These points could be redeemed for free access to the premium features of the software.

Furthermore, each time the referred lead of an existing customer upgraded to the EverNote Premium version, the advocate received extra points.

Strategy to steal: Word of mouth

Word of mouth is the original strategy that gave birth to grassroots marketing. As indicated by the results of the Sprout Social study, people are more likely to try something recommended by friends or family.

Incentivizing these recommendations is a great way to motivate users to pass them on. Apart from referrals, you can also incentivize social media sharing, testimonials, feedbacks, etc.

The Red Bull Stratos Project was a high altitude skydiving project. It involved a skydiver jumping down from the edge of space, around 39 km into the stratosphere, and then parachuting to Earth.

The entire journey was recorded and live-streamed using a GoPro.

Energy drink company, Red Bull, portrays itself as a lifestyle brand by targeting/featuring people who are into extreme sports and activities. GoPro, on the other hand, is a product that is best suited to record these activities.

With both products sharing the same target audience, they collaborated on this project to drive awareness for their brands.

Red Bull Stratos was one of the world’s most-viewed live streams, racking up 8 million viewers on Youtube, while the event recording drew over 52 million viewers.

If there’s a product or organization that doesn’t directly compete with you and caters to a similar audience, cross-promoting is a grassroots strategy you should consider.

Cross promotional campaigns can put you in front of a whole new audience. Plus, the complementing brand would have built a level of trust among their audience. This trust would transfer over to your brand, too, thereby increasing the likelihood of conversions.

You don’t have to go overboard with the strategy and undertake a project like Red Bull Stratos. There are many other ways to do it. For example, a protein bar brand collaborating with a gym to include their product in the snack bar.

President Barack Obama launched the Affordable Care Act in 2010. However, initially, they had difficulty getting the younger demographics to enroll for it.

To solve that issue, the President appeared on a web series named “Funny or Die” with actor Zach Galifianakis. In the hilarious interview, Obama provided information about the Act while making a plea to enroll for it.

The clip was shared over 12 million times and increased traffic to the government’s health care website by over 40 percent.

When the Act was launched, it already had the entire country talking about it. The only problem was that the younger generations weren’t too eager about it.

At that point, the brand (in this case, the government) joined in the conversation and presented its side in a hilarious manner, something that resonated with that target audience.

Getting in on an already ongoing conversation is an easy way to gain some traction. Since people are already talking about it, you may as well get involved in the conversation to spread your message.

The pictures drawn from other people’s descriptions were consistently more appealing than the ones created from the women’s descriptions of themselves.

The ad brought attention to the fraught nature of body image issues that resonated with the target audience and got over 66 million views, 20,000 tweets, and over 1 million likes on Facebook.

Strategy to steal: Focus on triggering the right emotions

People rely on emotions, not information, to make brand decisions. According to a study by Unruly, the most shared ads were those that were heavy on emotions, largely dominated by:

Also, people are more likely to remember a story than facts or information, which makes a storytelling approach to convey these emotions more essential.

Dove targeted warmth and happiness through their ad and wrapped it in a powerful story, thereby strongly influencing their audience to perform the desired action.

The American Pet Products Association is a nonprofit industry association representing over 1000 pet product manufacturers, suppliers, and importers. In 2012, they launched a series of humorous videos as part of their grassroots marketing campaign.

The videos featured an interviewer interviewing talking pets and subtly covering common issues and concerns around pet adoption. They partnered with influencers such as Lauren Conrad and Alison Sweeney to promote the campaign.

The campaign brought in over 7,245 visitors to the website through Twitter, with the overall campaign’s impressions reaching nearly 6 million.

Social media amplifies word-of-mouth marketing in a whole new way because people can take action with the click of a button. This can boost the impact of grassroots marketing campaigns.

There are two aspects of grassroots marketing on social media that you should learn from APPA’s campaign:

Although the campaigns we spoke about above had quite a huge budget, you can scale down these strategies based on your budget and requirements and still see proportionate results.

Grassroots marketing has the potential to create a massive buzz around your organization and get people talking about you with minimal effort on your side.

All you need to start off is a specific niche to target and a clear understanding of what you want them to do (for instance, share your message on social media, give you a review, etc.).

With that information at hand, you can create campaigns that don’t just help you reach new consumers but also engage existing ones and boost customer retention. Coupled together, that is the recipe for a successful business.