5 Primary Campaign Fundraising Strategies We Can Learn From the Pros 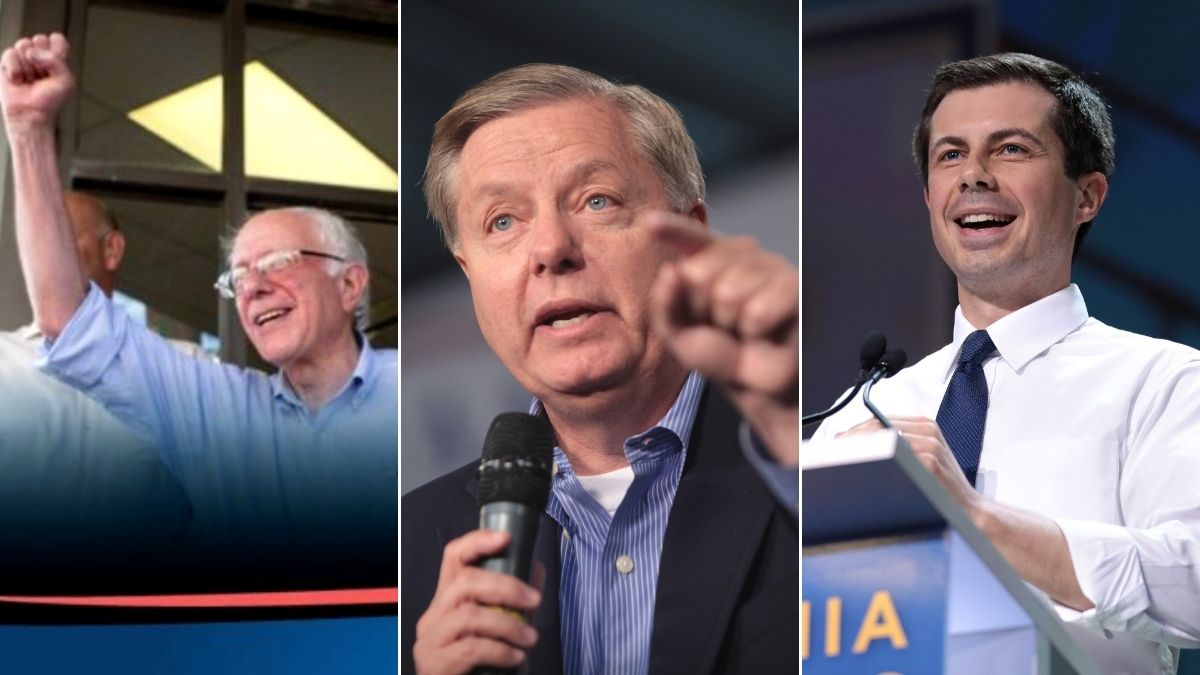 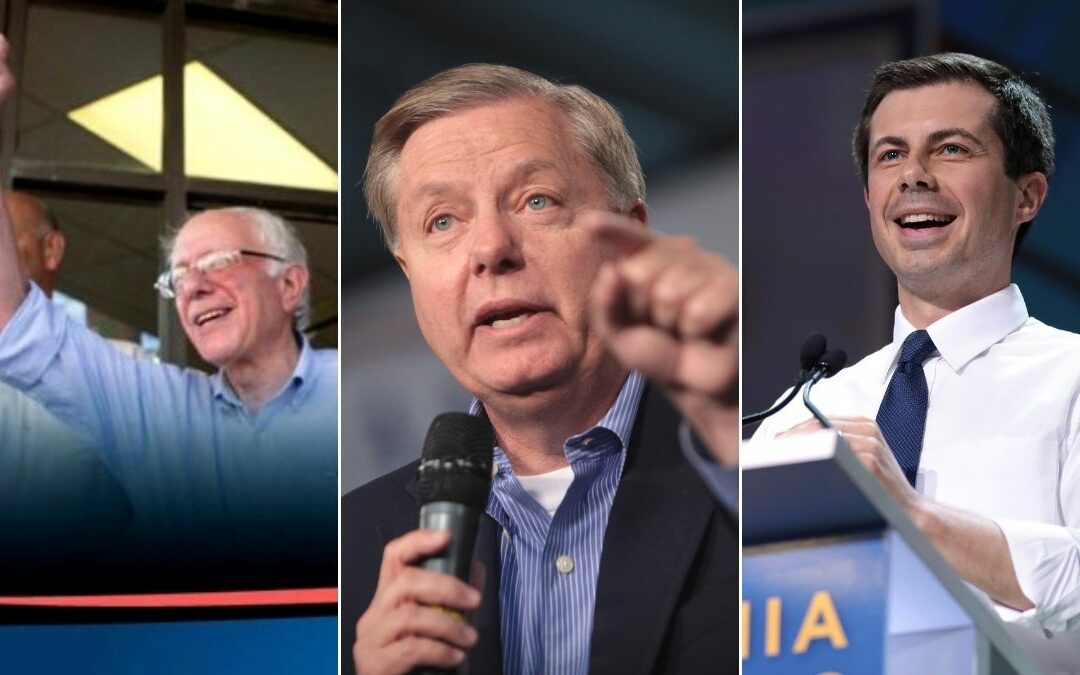 By the end of February 2020, seven Democrat candidates raised a sum total of $150,000 from donors in Upstate South Carolina during the presidential preference primary campaign. The per-head donation amount ranged from $5 (towards Bernie Sanders’ campaign) to the legal limit of $2800 (Joe Biden’s campaign).

The top three candidates in this primary race (Bernie, Pete Buttigieg, and Biden, respectively) had used text fundraising as one method of collecting donations from supporters. This popular method of communication and transaction had resulted in optimum cash flow for their primary campaign.

On the other hand, Donald Trump’s funding from various republican PACs got him ahead in the primary campaign fundraising race and earned him a total of $178,017,336 by the end of April 2020.

So what do these fundraising stalwarts teach us about fundraising during primaries? This article discusses the five strategies to learn from each successful (in terms of fundraising) candidate.

Fundraising for a primary campaign:

Fundraising is about tapping into reliable and generous networks and raising the funds required by your campaign. Here we look at some viable fundraising methods used by political candidates and take lessons from them.

Please note that the inspirations are taken neither as election winners nor as support for the candidate or party. Rather, the examples only show candidates who used these fundraising methods and, to a large extent, succeeded in collecting the desired funds.

Bernie Sanders’ campaign advocated itself as a grassroots movement, championing the ordinary American citizen’s support to raise funds. He famously rejected donations from large corporations and Super PACs and rather designed his campaign strategy to suit millennial voters’ interests and support.

Although the strategy of rejecting big dollars and accepting only relatively humble donations from individuals may look counterintuitive, it worked superbly for Sanders. In fact, the Bernie Sanders campaign fund managed to collect $5 million from grassroots Americans in one day!

Who should opt for this strategy:

Pete Buttigieg’s campaign, much like Sanders’, focused on small donors’ contributions. A millennial himself, Buttigieg leveraged appeal strategies and donations methods that best interest younger generations. Here are some donation sources your campaign can use (the first four were heavily used by the Buttigieg campaign):

Who should opt for this:

Primary campaigns that want to ensure a smooth donation process for supporters must look out for fundraising methods that best suit the donors’ needs. Often, you will have to invest in a variety of platforms to collect funds.

Contribution limits depend on who is donating (individuals, committees, PACs, etc.)

Trump raised funds with the help of the Republican National Committee and other authorized political committees (such as the Trump Victory Committee). These committees are specially established to build support and raise funds for candidates contesting from the party (Republican, in this case). Their advantages include:

Who should opt for this campaign fundraising method:

Paul Mitchell: For uncapped donations, use self-funding and candidate committees

In 2019, Mitchel sought to rush past his Republican opponents (contesting to win Michigan’s 4th congressional seat). Toward that effort, the businessman self-funded $1.9 million to his own campaign, raising over four times that of his closest fundraising opponent.

A candidate’s “personal funds” include:

Personal funds DO NOT include:

These funds are subject to contribution limits as for any other individuals, loans, or committees.

Who should opt for an (at least partially) self-funded primary campaign:

Candidates with liquefiable assets, disposable incomes, or other forms of proceeds that count under “personal funds” by the Federal Election Commission.

Contribution limits: According to the FEC, self-funded candidate contributions are not liable to any limitations. However, candidates must report such funds and file documentation.

In October 2019, Steve Bullock became the first (and only) Democratic presidential candidate to opt for public financing. Bullock was stuck far behind his other Democratic opponents in terms of fundraising.

This fund matching method for the primary campaign could raise substantially more donations than individual small and large contributions. Thus, he opted for it.

If you too find yourself in such a position, fund matching with public financing can boost your collections and get you (if not ahead) back in the race.

The eligibility criteria for matching funds in a presidential primary campaign are:

Who should opt for public financing:

Funding limit: A candidate receives no more funds than half of the overall spending ceiling.

During the 2020 cycle, Lindsey Graham consistently collected more funds than the average raised by Senate members. One strong hand in his fundraising machinery was his leadership PAC.

PAC (527 organizations) and 501(c) can aid your campaign in raising large amounts of soft money (funds donated to a campaign and not directly to a candidate) in relatively less time. The different types of organizations that can help with political campaign fundraising are:

Note that 501(c)(3) charitable organizations cannot participate in a political activity related to campaigns or elections.

Who should opt for this: Most candidates usually opt for fundings with PACs and such organizations, even during the primaries. Unless you are taking a hard stand against big corporations or money (like Bernie Sanders, as we discussed), it is advisable to take the help of 501(c) organizations or PACs, or both.

For more details on how connected, non-connected, and other PACs can contribute during elections, read: Political Contributions: A Fact Sheet.

While you can choose to highlight one method as your primary fundraising method, it is advisable to dip your fingers in as many pies as possible. This ensures you collect more funds in total and also doesn’t let any supporter feel insignificant or irrelevant (e.g., small donors).

There’s a lot more to a primary campaign fundraising after you decide your most suitable methods. Your messaging, strategies, and tools define how generously supporters donate to your campaign. For a guide on political fundraising, read Political Fundraising- definition, strategy, and tools to bring in the dollars.