Done With Giving Tuesday? Here Are Some Of The Best Ways To Thank Your Donors 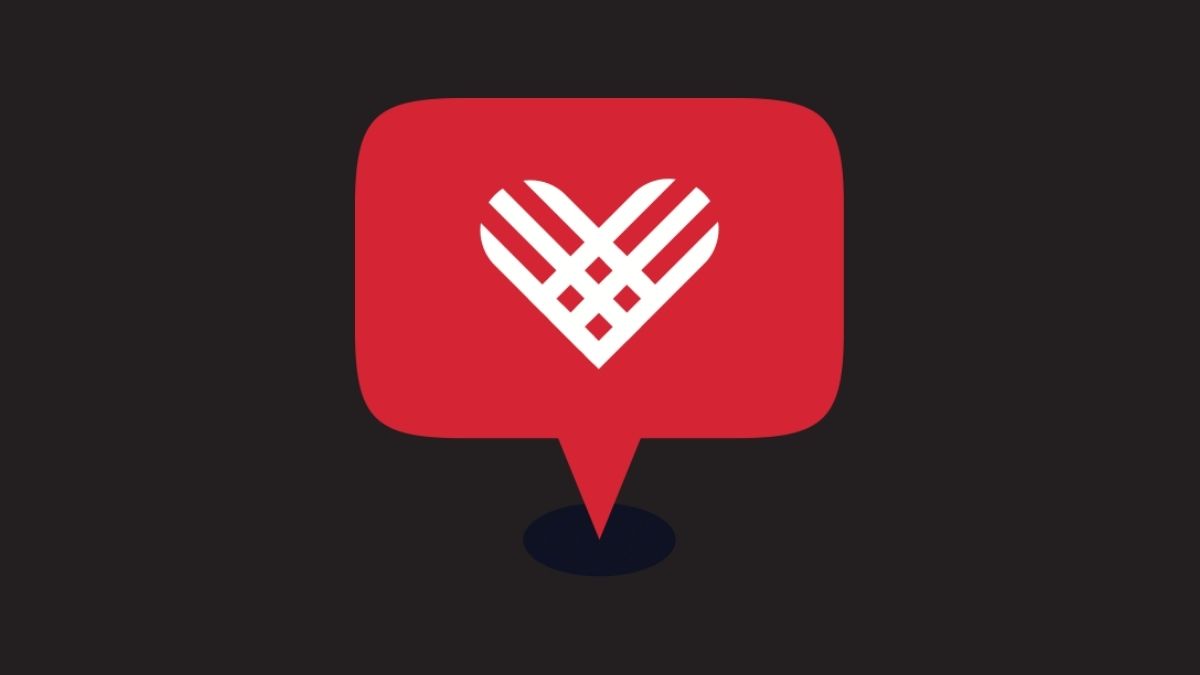 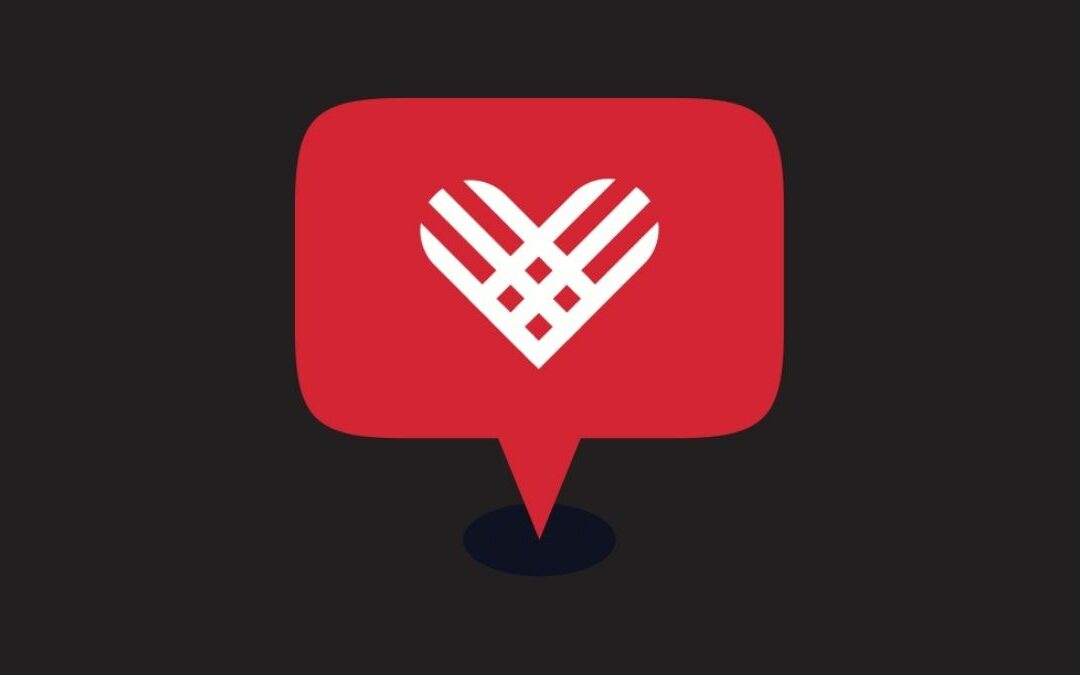 After months of planning and campaigning, your Giving Tuesday campaign finally comes to an end. Your efforts have paid off. You raised a lot of money, acquired new donors, and got the word out about your organization.

Well, Giving Tuesday might be over, but the season of giving is not done yet. Giving Tuesday is just the beginning of year-end giving, and you want to keep the momentum alive.

Simple; you start by thanking your supporters. Connecting with your audience to thank them gives you the opportunity to:

In this post, we’ll dive into the different ways to send out your Giving Tuesday Thank Yous to help you with this.

How do you say thank you for Giving Tuesday?

Before conveying your gratitude to people, keep in mind that you have to reach two segments of audiences.

Therefore, there are two types of Giving Tuesday thank-you notes that you need to plan out.

Let’s look at some examples you can take inspiration from.

The channel you use to convey your gratitude to donors depends on the donor’s engagement level. For example, repeat supporters are generally more engaged than first-time small donors and hence need to be interacted with via more personal channels like calls.

But, this doesn’t mean that new donors shouldn’t be given personal attention. They should!

It’s only that in a time-sensitive campaign, you may not have the resources to connect with each donor personally. So you may have to prioritize.

Here are some ways to thank your Giving Tuesday supporters in ascending order of engagement.

Email is the perfect channel to reach out to a mass audience in a short period.

It’s best suited for newly acquired donors. But, you can also send it out to strong supporters as an additional thank you. No harm in that! In fact, you can even dedicate an entire newsletter to thank Giving Tuesday supporters.

Here’s an example of a Giving Tuesday email sent by Southern Pines Animal Shelter to thank and encourage supporters.

Although a letter is just the physical form of an email, it’s more personal. It takes a little more effort to send out direct mail, and people appreciate it. In fact, 73% of Americans say they prefer being contacted via direct mail.

In 2018, Kids Now, an organization working to uplift underprivileged youth, sent out excellent thank you letters to their donors.

Takeaways from the letter

Read Next: Ending The Year With A Smile: How To Write The Perfect Year-end Thank You Letter

Communication can’t get more personal than a phone call.

It allows you to have a dynamic, one-to-one conversation with supporters. And when the conversation is to express your gratitude (and not ask for something), you’re bound to leave your supporters smiling. This feeling is what will keep them coming back!

Calling people at scale can be a laborious task. That is unless you’re using a call center software.

A calling solution automates time-consuming processes (like dialing numbers and waiting for an answer), so you can focus on the conversation rather than these trivial tasks.

It also displays a calling script for reference while on a call. With this, even inexperienced volunteers can make calls for you, thereby allowing you to cover more extensive supporter lists.

Here’s an example of a Giving Tuesday Thank You call script:

Hi John, this is Beth, a volunteer with Blessings for All.

I am not calling you to ask for anything. I just wanted to say how grateful we are for your $5,000 contribution to our Giving Tuesday Fundraiser. It means so much to us!

Because of you, we will be able to provide food to over 50 underprivileged youth for a month. We cannot do our work without generous supporters like you, John, which is why we wanted to thank you personally.

{Pause for a while to let them say something}

If they seem like they’re open to talking further:

I wouldn’t want to take up too much of your time John. But if you have a moment, I would love to hear about why you feel so strongly about our cause and what your motivations are for donating.

{Make a note of what they say}

That’s great to hear, John! It was lovely talking to you. Thank you again for your contribution. And we hope to see you at our annual Christmas Gala.

If they don’t say much and don’t seem interested in talking:

Well, that’s all I had to say, John. Thanks again for your contribution. And we hope you can make it to our annual Christmas Gala.
{Pause for a while to let them say something}

If they ask for more details, give them a brief and send them an email/text.

If they say yes, say thank you and hang up.

If they say no, ask them why and if they aren’t interested in talking, pick up the conversation in the event reminder call.

Note: The statements in italics are instructions for the caller to follow. The ones in bold indicate different scenarios and appropriate responses for them.

Takeaways from the calling script:

Although they are not as widely adopted, thank you texts are also quite personal and engaging.

Studies show that people prefer communicating with businesses over text rather than calls. The reason is apparent; texts are not intrusive. People can read them at any time. But an added advantage with SMS is their open rates (98%) making them more effective than emails.

Here’s an example of a Giving Tuesday thank you text for your supporters.

Takeaways from the text:

Looking for a tool that offers both texting (SMS and MMS) and calling solutions? CallHub’s the one you’re looking for. Sign up for free and give it a go!

You may not always have your prospects’ contact details to showcase your impact to them personally. Hence, your Giving Tuesday thank yous for this audience has to be more public.

While this does help pull prospects who are considering donating to you a step closer, it’s also an opportunity to spread awareness about your organization to others.

Here are a few ways for you to spread your gratitude far and wide for the public to see.

Your blog is the perfect marketing tool that you can use to thank your supporters. With a blog post, you have the flexibility to go in-depth about your campaign and talk about your impact.

While this helps nurture prospects by showing them what you achieved/will achieve, an active and regular blog is also great for SEO. It comes in handy in bringing in new reader traffic and spreading awareness about your organization.

Here’s an example of a Giving Tuesday Thank You blog put out by the Arthritis Foundation.

Takeaways from the blog:

You May Also Like: Tips and Tricks for an Effective Annual Appeal Letter

Social media is another public platform that helps you spread your message far and wide. An added advantage of social media is that it makes it easier to reach your donors’ networks.

Whenever you put out a post and a prospect/donor engages with it (likes, comments on, or shares it), their network gets a notification about it. This puts you in front of a whole new audience.

Toronto Cat Rescue put out a wonderful Giving Tuesday Thank You post for their followers and prospects.

These were a few strategies to convey your Giving Tuesday Thank Yous to your supporters. Incorporate them during your Giving Tuesday campaign planning. While you can fill in the specifics after the campaign, it’ll be good to have some templates/outlines ready.
Aim to keep the conversation going with your supporters and prospects to transition them into your year-end giving campaign seamlessly.