Healthy Ways for Negative Campaigning (and How to Fight It!) 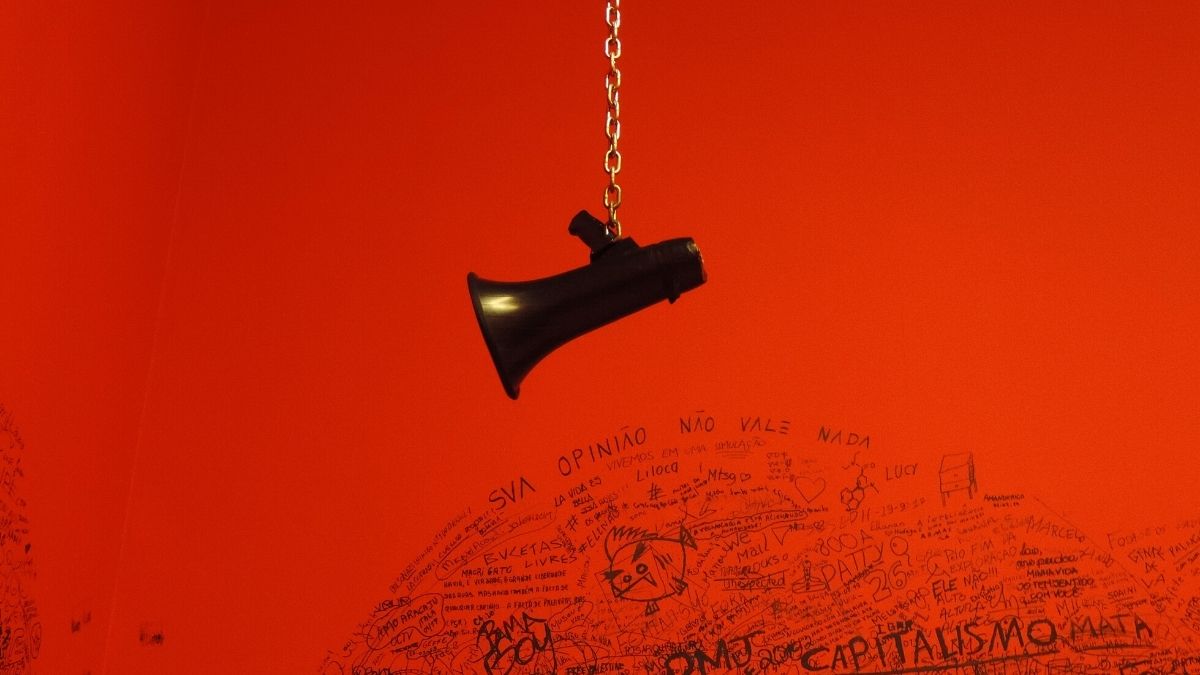 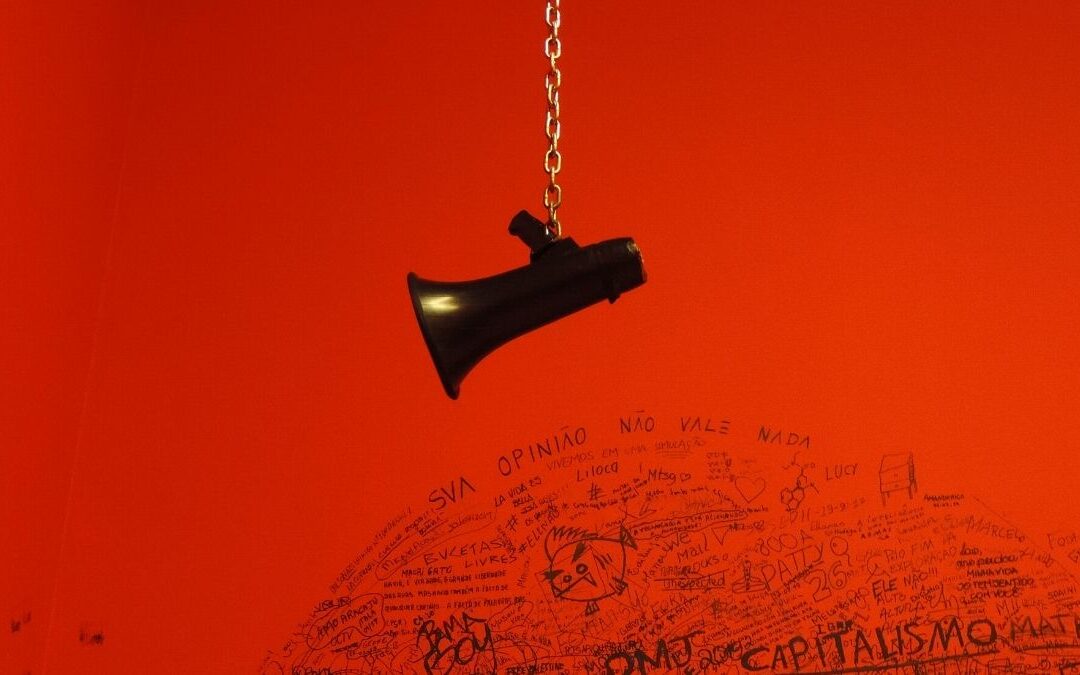 In the 2015 UK general elections, Defence Secretary Michael Fallon faced massive criticism for a deeply personal attack on opponent Ed Miliband. While the Labour, Conservative and Liberal Democratic parties had all instigated negative campaigning, Fallon’s messaging was scrutinized and opposed because he crossed the line between political professionalism and personal.

Fallon claimed that Miliband’s competency for national security was questionable and that he was capable of compromising it for the sake of gaining power– like what he had done with his brother. The negative campaign quickly turned into a smear campaign and irked voters.

Negative campaigning is not a new phenomenon. It has been in existence since the first opposition rallied against the incumbent, spreading information about their shortcomings and attacking their policies. However, it is far from being outdated. If the 2015 elections tell us anything, it is that negative campaigning is still very much relevant.

The main reasons being:

To ensure that your negative political campaigns work without inviting flak, you must follow some healthy techniques. This post looks at negative politics that work and that which backfire.

What is negative campaigning?

Negative campaigning is a form of messaging that identifies and targets or attacks the opponent. The criticism and attacks are designed in a way to:

During the final phase of the 2012 primary elections in the US, about 90% of the ads were negative campaigns. Clearly, marketing and campaign managers saw potential in such messaging and ran with it.

The LA Times ran a study following this campaign, asking voters if such ads appeal to them. Interestingly, they claimed that the messaging with negative undertones seemed “pandering”. Yet, they subconsciously registered exactly what the ads aimed to do– put the opponent in a bad light.

Election after election, both the incumbent and the opposition have tipped the scale more towards negative campaigning. The chart below shows how the negative messaging takes a more significant piece of the campaign pie year on year.

The trend holds in the UK too.

In a nutshell, negative campaigning does work when done intelligently. Let’s look at some effective techniques.

Intelligent negative advertising in political campaigns will put a stark contrast between your opponents and you. When used strategically, this contrast will put you in a better light than your counterparts. Here are some healthy negative campaigning techniques to use:

In the 2019 UK elections, the Conservative Party ran amok with negative campaigning that heavily targeted Labour Party’s Jeremy Corbyn for his views on Brexit. Their message was, “Politicians like Jeremy Corbyn are only respecting remain votes — and ignoring 17.4 million leave voters. Add your name now — don’t let him get away with it.” The lines were carried in various posters showing Corbyn and anonymous hands handling “leave” ballots (support Brexit).

While the Liberal Democrats also targeted Corbyn during this campaign, the Conservatives came out victorious.

Some best practices to follow during such attack ads:

As opposed to attack advertisements, contrast ads compare opponents’ weaknesses with your strengths. They show not only why the opponent must be criticized but also why you are a great alternative.

Of course, these ads are less damaging than attack ads. However, if you aim to highlight your competency rather than to bring down the opponent, these ads work great.

What messaging to use with contrast advertisements (messages in each row go together):

Negative campaigning by proxy involves partnering with lobby groups and pushing your message. Political lobby groups can often be more free and effective than political parties in leading a negative campaign because they don’t seem to have a direct vested interest in the outcome of the elections (they don’t want to win the elections but get desired action on their cause). They already have established credibility and support levels, which can add to your advantage.

Here are some tips to follow while approaching lobby groups:

As a close follower of political developments, my personal opinion is that this is the best way to attack or target an opponent for negative campaigning. It shows the downside of the opponent’s policies while establishing you as a thought leader.

Criticizing policies need not be super serious or long either. A catchphrase, sticky line or memorable image or video is enough to set your opponent back substantially. They differ from attack ads in that they provide you as the solution and from contrast ads as they don’t compare metrics.

Daisy (1964) is perhaps the most famous negative campaign run in the USA. Senator Barry Goldwater had proposed the use of nuclear weapons in the Vietnam war. His opponent, Lyndon Johnson, ran this ad, criticizing the use of such a destructive weapon and asking supporters to vote for him because “The stakes are too high for you to stay home.”

The messaging, creativity and timing were all perfect and gave Johnson a landslide victory!

The latest trend in negative campaigning, online pushback, is when your supporters demand explanations, critique policies and generate a negative perception about your opponent on social media.

Campaigns can plan for such a pushback, leading the initiative with online critique or pushback and encouraging supporters to follow.

The advantages of this type of negative campaign are:

However, generating online pushback also has downsides. Some critical points being:

An excellent strategy to relish the advantages and cut down on shortcomings is to have a trusted, dedicated team monitor your and your targets’ social media. Ensure every post from your profile is either drafted or at least approved by you.

Alexandria Ocasio-Cortez’s account is an excellent example of continual negative campaigning. Her account is always active and follows an informal messaging strategy to appeal to the Twitter audience. She attacks, supports and posts regularly to keep herself relevant.

While negative campaigning is proven to be effective, it also has obvious downsides. For one, it creates a pessimistic environment about the elections and candidates. This can also lead to polarization,radicalization and demotivating constituents from voting.

To avoid such outcomes, while also engaging in negative campaigning, avoid the following techniques:

How to fight negative campaigning

Your opponents are likely planning a negative campaign, as are you against them. It’s unavoidable. So, how do you fight against such campaigns and stand your ground?

Here are four proven ways that you can employ:

Negative messaging holds a lot of power. It can instantly dissuade a person from supporting you if your policies or ideologies are shown to be harmful. If you have become a target of such campaigns, one way to fight it off is to rename your campaign, refresh the messaging and relaunch it.

Psychology professor Alison Ledgerwood says that mere renaming a policy or initiative “frees people from their initial negative conceptualization of it and allows them to adopt this new positive view.”

This initiative must not feel like a knee-jerk reaction to an attack or as whitewashing, or as a desperate attempt to save face. Rather, keep this as a solution only when:

Show that the campaign holds no water

If you sense falsehood in the opposition’s campaign, your best bet is to lift the curtains on it by proving it wrong. The important thing is to remain dignified rather than letting it feel reactive. A reactive or hurried reaction can make you look defensive and hence, guilty.

Here’s an excellent example of responding to a negative campaign with dignity.

During the 2016 Senate elections, Democratic candidate Jason Kander was accused of not supporting rights for gun owners. Kander, a former army captain who served in Afghanistan, responded with a video where he assembles a rifle blindfolded. In the time that it takes for him to assemble the gun, he speaks about his views about gun safety and the risk surrounding it.

There’s no smearing, no accusations and no loud defenses. Yet, the point comes through very elegantly and powerfully.

Accept and offer a new solution

When a negative campaign against you is, in fact, valid, you can try to accept the campaign as critique, acknowledge it and offer a new way forward. It will show you in a positive light because you are responding to people’s feelings and opinions.

However, to employ such a tactic, your messaging must respond to the people and not to your opponent. The latter will provide the opponent with added leverage. Moreover, it would be best to try not to alienate supporters who endorse the current policy or ideology.

It is a delicate line to tread, but it can be a huge success if your campaign can pull it off.

Tie your policies to your end goal

When he was an election candidate, Barack Obama had to endure negative campaigns against him time and again. Opponents and voters criticized him frequently. But, he was a politically fresh change, and he used his tag and messaging of “Hope and Change” to tie together all his policies.

This constant re-establishing of one optimistic theme, a wave of change and a dignified approach helped him stick his ground and fight off campaigns against him.

Negative campaigning is here to stay. You can choose not to indulge or to make the most of it, but you simply cannot have an election cycle without it. If you decide to engage in such campaigning, you must have your research and target in place.

Sending a pessimistic message to the wrong audience may put them off, leading to a lost vote. For a guide on organizing such political efforts, read The only political campaign checklist you need to organize your efforts.