The Secret To Writing Political Donation Letters (With Samples) 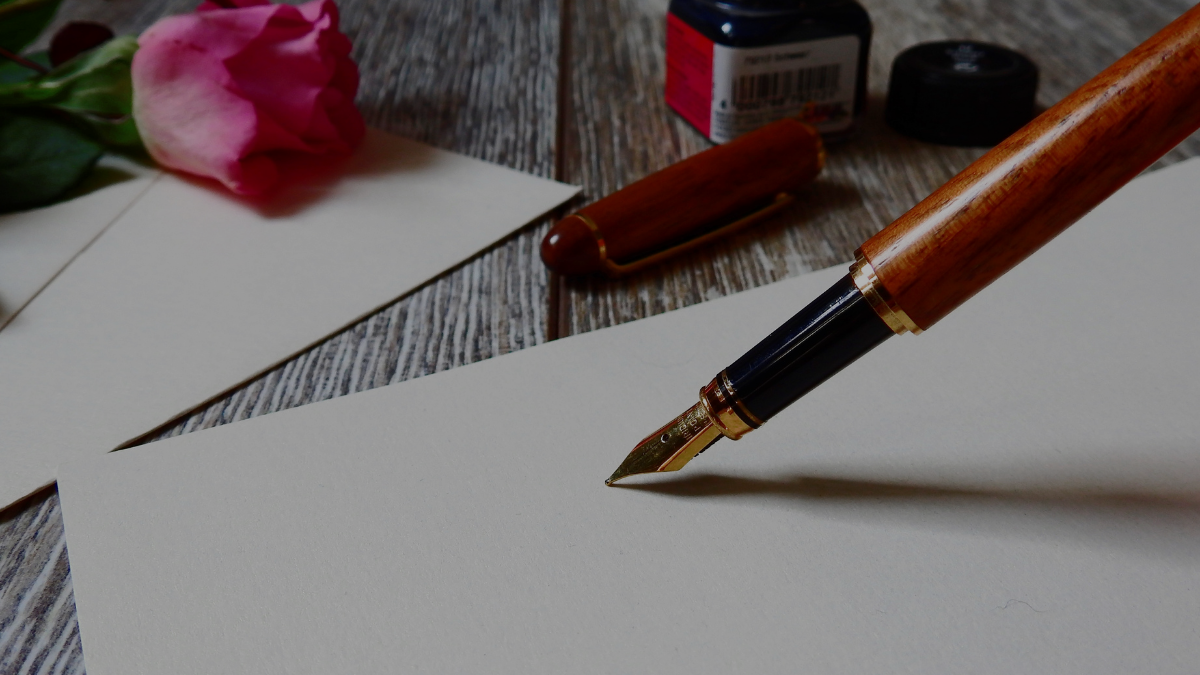 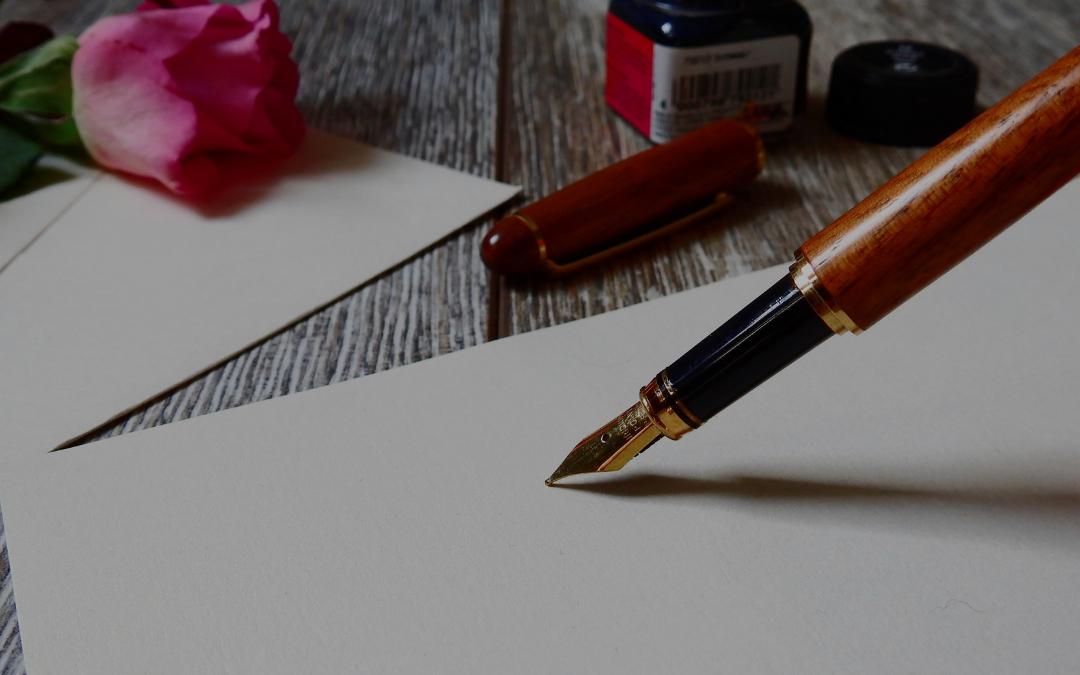 Political donation letters are an essential part of your fundraising toolkit when campaign spending is reaching an all-time high year on year. In 2020, the total election spending hit nearly $14 billion, more than double the 2016 sum.

In a scenario as competitive as elections, it is vital to ensure that you have adequate funds to put up a great fight throughout the campaign.

With these samples, you can create:

We’ve selected the very best political donation letters from campaigns over the years so you can pick up on best practices that uniquely suit your campaign– whether online or offline. Let’s begin.

During his reelection campaign in 2012, Barack Obama ended up raising more than $1.07 billion in total against opponent Mitt Romney’s $992.5 million. It all began with this small fundraising letter.

Here’s what worked during this fundraising appeal:

1. The introduction: “Someone is about to tap you on the shoulder.”

This political donation letter begins by eliciting the curiosity of the receiver. ‘Who is going to tap my shoulder?’ We are immediately engaged with this mysterious, guardian-angel-style person who is going to tap our shoulders.

Bonus points for personalization all the way in 2012 by adding the recipient’s name.

The belief that drives this ask is that the Obama campaign viewed fundraising as a giant organization drive, organizing supporters and mobilizing them to fund the campaign.

While they can donate more, the ask begins at $5, a pretty small amount that small donors can easily think of donating.

The stress also lies on ownership, which the letter cleverly transfers onto donors – “It’s someone who’s already made a donation to the 2012 campaign — and who’s willing to give again if you’ll step up and take ownership of it, too.” As supporters and donors of the campaign, a $5 ask coupled with ownership of the fundraising campaign = instant dopamine boost for doing something good.

The letter succeeds in making you feel that the effort you need to put into donating is very minimal– Get a tap on the shoulder, spend $5 and automatically double your donation!

The Obama campaign’s fundraising letters answer “What am I donating to?” in a very concise way. They align the readers to a higher purpose to make the donation seem more than just support for a particular candidate. The campaign aims to bring people together– what a noble cause to be spending $5 on!

Take away: Align the donation to a higher purpose.

Here’s a sample that includes key takeaways from the Obama political donation letter that you can implement:

There’s something YOU need to do.

I’m raising funds to run for office this fall. My campaign is not just looking at amassing power, but one that believes that good things happen when people come together.

Your small $10 contribution to my campaign will enable our local communities to access services like safe schooling, teaching resources, and more that have been inaccessible to them for generations.

You May Also Like: Donor acknowledgment letter tips for writing one that doesn’t bore your donors

Bernie Sanders’ fundraising campaign gathered all the eyeballs during the last Presidential elections. Boldly moving away from Super PACs and declaring he would only accept donations from small, individual donors, this campaign’s risks were high.

But he was so popular that his appeal raised over $8 million in a single day after his win in the New Hampshire primary!

For a candidate without deep roots within the Congress and no connection to Super PACs, Sanders’ campaign is proof that you can still amass a large sum of money through establishing a grassroots network of individuals invested in your success!

At the end of the campaign, 1.3 million donors had made 3.25 million donations to Sanders. Among his popular fundraising channels were political donation letters.

Here’s what worked during this fundraising appeal:

Bernia Sanders’ personal brand is all about fostering a sense of community. It is no surprise that he does not personalize his fundraising letter to individuals, instead choosing to address recipients as ‘friends.’

His personal brand also shines through in the remainder of the letter, where he declares that he is choosing to gather donations from the community and not Super PACs or individuals with big money.

As a candidate, what does your personal brand stand for? It may not align with Sanders’ focus on the community, and that is okay. Find out what works for your brand and add that in your political donation letters.

Sanders situates the reader into a current event, and that gives them the context about his intentions. Why am I being asked to donate? Well, because stuff happened last night, and you should know!

Working with the current emotions and beliefs of your readers, supporters, or donors is an effective strategy to move them to action. Emotions drive action quicker than any other force can!

Take away: Work with emotions, involve them in the here and now.

3. Design: “Not for the billionaires.”

The Bernie Sanders’ campaign does not leave any opportunity to reiterate its mission and goals. It also shows up in the design of their mail.

If you are a recipient of the mail and can do nothing but scan through it, you will still take back the campaign’s mission: the campaign is not funded by billionaires but paid entirely by the Bernie 2020 campaign.

Even if the fundraising letter does not bring in funds, it leaves an impression in the readers’ minds by reinforcing the campaign’s beliefs throughout the email.

Takeaway: Love your brand and let everyone know.

Here’s a sample that you can work with by implementing the key takeaways from the Sanders’ campaign:

If you’ve been following the news, you know the recent bill against reproductive rights has hampered the progress women have made over the years.

I’m running the primary elections to ensure that women always have a choice when faced with any situation.

My mission is not just mine but belongs to every woman out there who believes her voice needs to be heard.

Contribute $2 to help me work for you! The donation, unlike women’s reproductive rights today, is a choice.

It is my firm belief that Americans come first.

To ensure our businesses thrive, we must reduce taxes that are being unfairly placed on our entrepreneurs.

I’m running for office to make lower taxes a reality. I need your support in making this a reality.

Help me run by contributing $20 to my campaign.

All contributions are tax-deductible. Contribute a small amount now, so our entrepreneurs don’t have to pay huge sums throughout their careers.

What does it take for a candidate to finally win the Presidential election after running for office multiple times? It takes $72,924,146 in campaign funds! For the Biden campaign, letters to supporters played a big part in getting to this sum.

Biden’s political donation letter might seem a little different– and it is! What this fundraising letter aims to do is not only ask for additional funds but also thank supporters for funds already raised.

What works for this fundraising letter:

1. Gratitude: “From the bottom of my heart… I want to thank you”

Most repeat donors report that they are encouraged to donate more to a campaign once they know that their donation makes a difference.

What the Biden campaign does beautifully is thanking them for their initial contributions and encouraging them to continue their financial support.

Even better, they give a comprehensive breakdown of funds and their utilization. It is like watching your child earn a degree and do well for themselves– you know that college fund was well spent.

Take-away: Say thank you and let them know how you have utilized funds so far.

2. Adding an incentive: “I’m going to call a few people who respond to this mail….”

Adding an incentive is exciting. It not only motivates more people to give but also encourages them to stay engaged with you longer. It shows donors how much you value their contribution.

You could either recognize donors publicly or make personal calls such as Biden promised.

Including an incentive in your political donation letters is a sure-shot way to ensure more people are involved.

Here’s a sample letter with key take-aways from the Biden political donation letter:

We’re thrilled to let you know we’ve collected $125,000 during our last fundraising drive.

Your funds have made a big difference! With these funds, we have been able to:

Thank you, your faith and support mean a lot to our community and me.

Election day is just a month away; help us out by donating a small amount to our campaign so we can work to mobilize youth in our community to vote for the difference.

My team and I will personally reach out to the first 25 donors to express our gratitude.

We hope you are ready to take control over your fundraising initiatives through the sample political donation letters. Fundraising is a complex process that requires many elements to come together to reach your financial goals for the campaign.

Our team works hard to bring to you helpful guides that will aid your campaign’s fundraising process. Do check out our article Donor Thank You Calls: Writing the Perfect Script (Script included!) to know how to leverage the benefits of calling for your fundraising initiative.