Types of Unions and The Most Popular Union Organizing Strategies 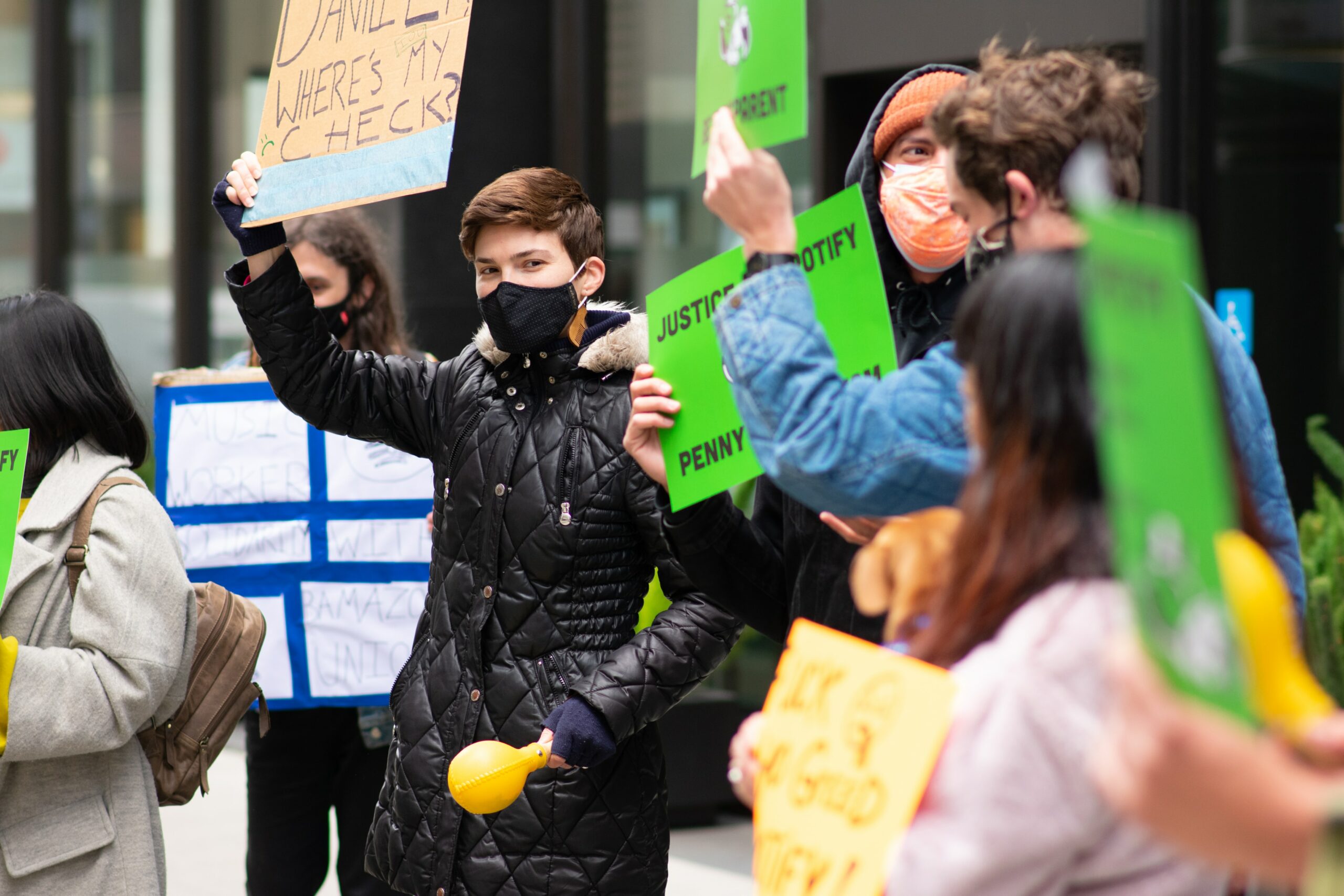 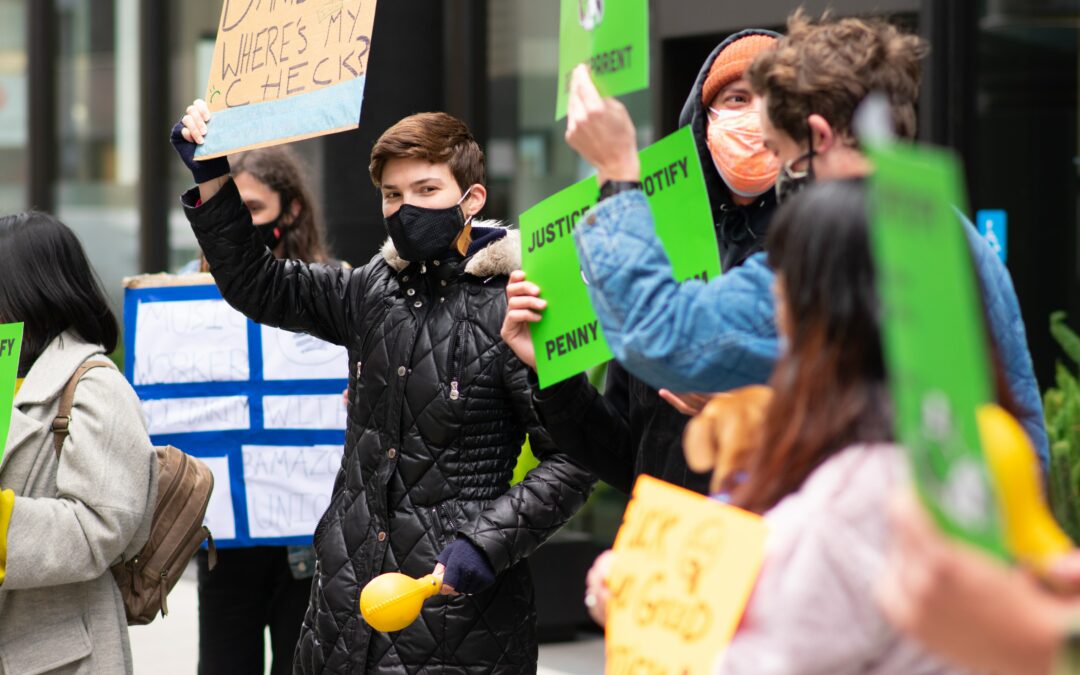 Participation in unions has continuously declined for years. In 1983, unions represented around 1 in 5 workers; now, it’s 1 in 10. To change this trend and improve your membership numbers, you need to adapt some of the best union organizing strategies.

What is the union organizing process?

When workers feel they don’t have an individual voice, they feel the need to be a part of a group that can give them one.

The union organizing process involves gathering people from an organization into a group, called a union, which acts as a negotiation mediator between the organization and the workers. More often than not, a union requires a voting process to come into existence.

What are the types of unions?

Here are 6 types of unions that are widespread in the US.

A labor union is a group of people who work together in a craft or trade. Sometimes, these unions also consist of people who have the same skills and abilities. Labor unions have been known to end unemployment and help members earn fair wages and benefits.

An industrial union is made up of people who work within the same industry or industry service. Industrial unions actively work on contract negotiations that spread across many employers within an industry.

Industrial unions are one of the strongest unions and are known to reshape the entire industry with better health and working conditions.

A public service union is a group of people that work in the public service sector with the same or similar job types. These unions typically operate at a sector, regional, or institutional level. So, any bargaining conditions affect only a certain level and not the entire industry.

A federation is a group of one or more unions. Federations support their members with different services, protections, and benefits.

Uplift unions mainly focus on the social and emotional well-being of their members. They work on improving the work conditions, quality of life, morality, etc. These unions welcome workers with all levels of skills, including unskilled laborers.

An identity-exclusive union is a group of people that share a social, religious, or cultural identity. These unions too, focus on availing fair wages, protection, and benefits to their members. Due to their little strength, they often work with labor unions to gain a stronger voice.

You May Also Like: Union Authorization Card 101: All You Must Know Before Asking for Signs

Now, let’s see 7 union organizing strategies organizations have been using for years. They’re pretty straightforward, and you can begin deploying them without spending time on infrastructure.

“The card-check procedure almost always results in a union victory because the union controls the entire process.”— Hartford Courant

‘Card check’ is a process where a union gains recognition after a majority of workers vote in favor of forming a union. It’s a means to get certification from the National Labor Relations Board (NLRB).

Once a union gains this recognition, an employer is expected to entertain contract negotiations with the union. However, an employer has the right to demand an election and valid proof of the majority’s support.

Salting is one of the famous union organizing strategies that is executed in multiple ways:

Although this is an unfair tactic, salting is a legal practice that sometimes costs employers a hefty penalty if not dealt with properly.

When unions go on a strike, they walk away from their work, pausing all the operations. The strike at Yale University in 2003 is one of the best examples of union organizing strategies.

The strike demanded better pension plans for the non-teaching staff, and thousands of workers went on strike, leaving the students scrambling for food.

Since workers don’t get paid during a strike, unions take care of their financial requirements for that period. However, note that unions consisting of people that affect public interests, such as federal employees, air-traffic controllers, are not allowed to strike.

When an employer makes a unilateral decision that affects the workers’ salary and benefits, a union comes into play. The union gathers the members’ demands and sets up a negotiation process. Since employees individually or in small groups are in no position to fight such a change, they would want someone with authority to speak on their behalf.

So, this is a good time for a union to step in, leverage their authority and increase its strength to act as their voice to get the benefits the workforce deserves.

You may have seen workers of an organization parading holding signs in front of their workplace. This is called picketing. The purpose of picketing is to inform the public about the unfair practice within an organization.

In 2001, professors at the Hawaii University, with their union’s support, adopted picketing to demand better salaries. The whole movement went on for 13 days. As a result, the university accepted the union’s terms and gave an increase of up to 12% in their salaries.

Boycotting is one of the most famous union organizing strategies that’s widely used to date. In boycotting, the union instructs its members to stop using a company’s products and encourage others to do so as well.

The unions objected to adding non-union performers’ work who worked for low wages and virtual orchestra.

Before digital connectivity, unions had to knock on their prospective members’ doors, gather members at union halls, hand out fliers, and put in a lot more physical effort. Now, with technology, unions can connect with their members and prospects through social media, text messaging, phone calls, and a lot more.

To support these union organizing strategies, there are even apps and online platforms that let people stay connected and have private access to one another. Unit is one such online platform.

Communication platforms like CallHub help organize a union by helping you reach out to people virtually and get the support you need. Since text messaging takes place on a mobile device, it’s easy to access your contacts anytime.

Also, here are 11 union membership software to help you with increasing membership.

Here are some ways you can use technology to gather support for your union:

The possibilities are endless. Technology offers different ways to put your message out there and gather people.

However, convincing people to join unions has been getting difficult over the years. Employers also have strong tactics in place to prevent their employees from unionizing. Adopting such strong union organizing strategies can help you keep your members motivated and draw in new ones.