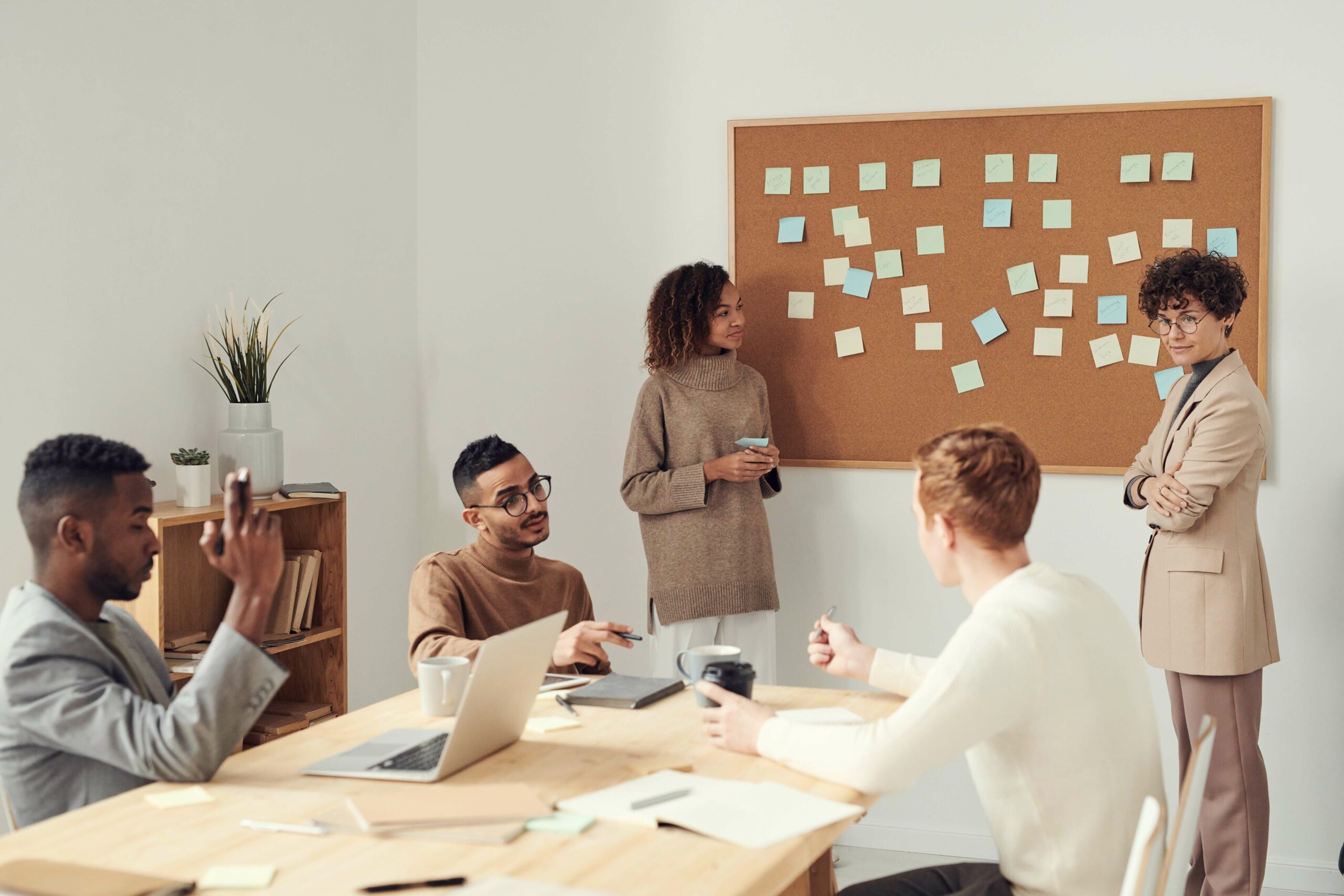 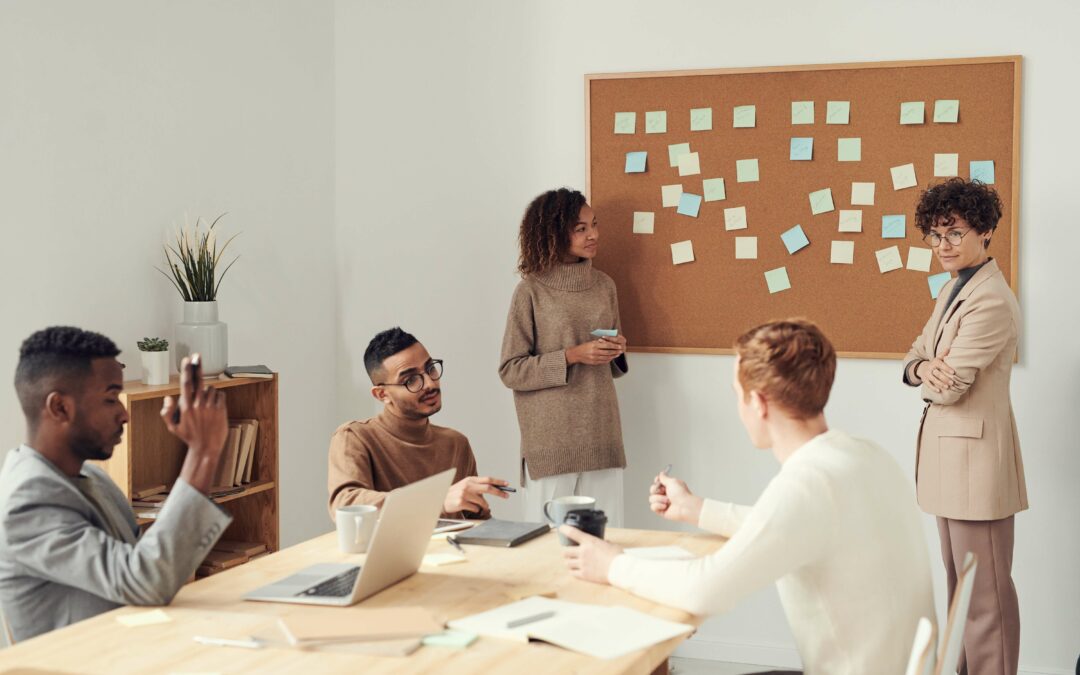 In times of crisis, it’s difficult to understand how to react. Your first inclination might be to deny, to respond immediately without a rational response, or to defend your organization straight away.

As difficult as it may be, the best response lies somewhere in the middle: staying honest without getting defensive and taking the time to better analyze the situation before responding.

But how do you arrive at this perfectly balanced response?

This is where a crisis communication plan comes in.

The strategies, best practices, and plans discussed in this article lay the groundwork for organizations. Use this as a guide to formulate a crisis communication plan to support your organization in times of crisis.

What is the purpose of a crisis communication plan?

A crisis communication plan guides you through the steps you need to take in times of crisis. Having a plan in place to support your organization in such times saves your reputation. A good reputation builds trust among your audience and, in turn, increases their loyalty to your brand.

What are the types of crisis?

When developing your crisis communication plan, it is essential to identify different types of crises. The possibilities are immense, but crises can be clustered.

Following are the different types of crises.

How to create a crisis communication plan?

An effective crisis communication plan requires good preparation to minimize damage. These 6 steps help you do that effectively.

The first step is to identify who exactly your key stakeholders are. First, ask yourself and your team the following question:

Who are the internal and external stakeholders that matter to your organization?

You have to make sure all your communication reaches these stakeholders in time.

The best way to make sure your message is out there loud and clear is to appoint a spokesperson for your organization.

This person could be your CEO, your managing director, or anyone else you think would be ideal for representing your organization. It’s essential to select a great communicator as your spokesperson’s actions will affect your key stakeholders’ reaction to the situation.

Do you need a press release? Is a press conference necessary? Or does a tweet and a text to your most valuable audience suffice?

Based on the situation, you need to prepare for different levels of responses. Your crisis communication plan must include who is in charge of identifying the channel and managing them.

All these don’t have to be handled by a single person. Based on the size of your team, you may work with different individuals to cover every possible path of communication. But make sure there is harmony within the team, so the messaging and the timelines are not entirely different.

Lastly, you should define the frequency of communication on each channel. For example, you may send out a minimum of 5 tweets every day and only post once a day on Facebook.

Suppose you are sending out a press release or holding a press conference. In that case, the media will need basic details like your organization’s background, mission, your plan to cope with the crisis, etc. You will have to prepare ahead and keep these details handy while making sure every update is incorporated.

The message for each segment would be different. For instance, your supporters or customers wouldn’t need any background information on the organization. Instead, they would want to know your plan for the future. At the same time, the general public would need insights on both.

Outline generic statements that talk about your concerns and commitments. You can also craft crisis-specific responses to the most common crises that may affect your organization. For example, a financial crisis would have a different response than an employee’s wronging.

Once you’ve prepared your crisis communication plan, store a copy of the file locally in a file-sharing app or tool that your crisis team has access to.

Like this, if a crisis were to hit you, your response team can immediately refer to the crisis communication plan. It’s also a good idea to have your entire crisis team in a group chat and pin a copy of your plan there. You can have all crisis-related discussions and share valuable resources in the group.

In the time of crisis too, your group chat could bring you all together to make sure there are no loose ends.

61.3% of successful organizations review and refresh their crisis communication plan at least once a year, as per a 2018 benchmarking report. We recommend following their footsteps when it comes to how frequently you should review your plan. If you have the required resources, you could even have short review sessions once in six months.

The updates could be

Be one of those ‘prepared for anything’ organizations. Your stakeholders will value the efforts and trust you even more!

How to communicate effectively in a crisis?

Here are a few practical tips on how to communicate in a crisis effectively. This helps you connect well with your stakeholders when the pressure is high, and your reputation is at risk.

Organizations need to communicate with their stakeholders much more frequently than they think they have to. Frequent communication minimizes uncertainty. Although it may seem like a repetitive task to share updates, it helps your stakeholders know your efforts.

You may use different messaging for different stakeholders over different channels. Remember to discover the bright spots and emphasize them. This way, when you have bad news, you can subtly remind people of times you put your best foot forward and came on top.

Regardless of the industry expertise of an individual, there is one reality – communication is a learned skill. Your spokesperson must have the required skills to communicate effectively to your stakeholders.

For that, your spokesperson needs to:

3. Present your plan for the future

This directly relates to your stakeholders’ uncertainties. While in a crisis, many of your important stakeholders, like customers and investors, look forward to your plans. Thus, while communicating with them, highlight what part of your organization is doing well.

Even better if you share your whole plan for the future with them. Recognize your stakeholders’ efforts and contributions, so they are inspired to continue their support.

Although there is no one-size-fits-all approach, having a good crisis communication plan in advance can make all the difference.

By now, you know that to safeguard your hard-earned reputation, you must have a communication plan in place for all kinds of crises. Here we see three high-profile crises that affected organizations.

Tylenol was one of the top over-the-counter products in the United States. It was a leader among the painkillers with a 37% market share.

Sadly, an individual somehow managed to poison the drug with cyanide. Seven people died consequently, and panic followed the incident about how widespread the contamination could be.

Robert Andrews, assistant director of public relations at Johnson & Johnson at that time, mentioned how the firm first heard the news: “We got a call from a Chicago news reporter. He told us that the medical examiner there had just given a press conference saying that people were dying from poisoned Tylenol. He wanted our comment. As it was the first knowledge we had here in this department, we told him we knew nothing about it. In that first call, we learned more from the reporter than he did from us.”

Johnson & Johnson chairman James Burke responded to the media coverage with his strategy team. The team’s strategy was to first focus on these two things:

Johnson & Jonson’s first step was to alert the public right away, via the media, not to consume any Tylenol product; until the magnitude of the poisoning could be determined.

They stopped the manufacturing and advertising of Tylenol and withdrew all Tylenol capsules from the stores across the nation.

James Burke expressed his sympathy for the victims as soon as the news broke and vowed to fix it. Johnson & Johnson then directed the whole pharmaceutical industry in using tamper-proof packaging. The organization then relaunched its product and focused on brand recall and marketing.

Tylenol’s market share spiked from 33% before the crisis to 48% 90 days after the re-launch.

The MIT Media Lab is an interdisciplinary research lab that encourages the unconventional mixing and matching of seemingly disparate research areas.

In August 2019, it came to light that Jeffrey Epstein, a sexual offender, had been a donor of MIT Media Lab. The nonprofit’s director Joi Ito and president L. Rafael Reif then sent out apologies regarding the crisis in written forms.

But after a month, a few employees of the MIT Media Lab went public with The New Yorker to publish an article on the crisis. The article revealed that the M.I.T. Media Lab was aware of Epstein’s status as a convicted sex offender and that Epstein made contributions to the lab far exceeding the amounts MIT admitted publicly.

This damaged the organization’s reputation to a great extent. Joi Ito resigned from his position, and MIT announced an independent investigation and a leadership transition.

However, MIT Media Lab continued its operations by aggressively focusing on the positives. The organization has been posting updates like ‘Honored with awards’ as a part of online reputation management.

Another instance of a nonprofit crisis is the case of the Wounded Warrior Project. Multiple publications like The New York Times, CBS News, Fox News issued the stories of accusations and the repercussions in early 2016.

“What caught our attention is how the Wounded Warrior Project spends donations compared to other long-respected charities.

CBS News spoke to more than 40 former employees who described a charity where spending was out of control.”, CBS News wrote.

In a conversation with CBS News, former employees of the organization said spending had escalated since Steven Nardizzi took over as CEO in 2009. They pointed to the 2014 annual meeting at a luxury resort in Colorado Springs, where $3 million was spent on 500 employees.

A recipient of their services denied the allegations while speaking to CBS News. But Wounded Warriors soon fired two top executives amid the scandal. The organization also issued a press release with a review of the findings.

Although the documents showed a $91 million drop-off in contributions and grants, the nonprofit organization said those figures don’t tell the story now.

The organization started to rebuild itself under the leadership of Mike Linnington. “Linnington cut positions and trimmed excesses in event spending. The charity also cut a few programs, partnered with peer-to-peer, mental health and family-oriented veterans charities to share the burden and the benefits, and closed facilities in areas with smaller veterans populations”, Stripes wrote.

After months of investigation, the Better Business Bureau released a report showing consistent spending in its programs and missions.

When you are in a crisis, sound and clear communication from your organization is vital to a quick and smooth recovery. Good crisis communications start with rigorous preparation, and timely reactions as the crisis unfolds.

The following checklist highlights the elements of a well-crafted crisis communication plan:

✅ Identify the channels of communication

✅ Jot down the FAQs

Having a crisis communication plan ready for your organization prevents reputation damage and minimizes loss to your operations and funding. People can be furious in times of crisis. Communicating effectively and proactively can save your organization from going through a disaster.

If you have any questions, feel free to drop me an email at [email protected].