Best Time for Phonebanking? We Studied 2 Million Calls for the Answer 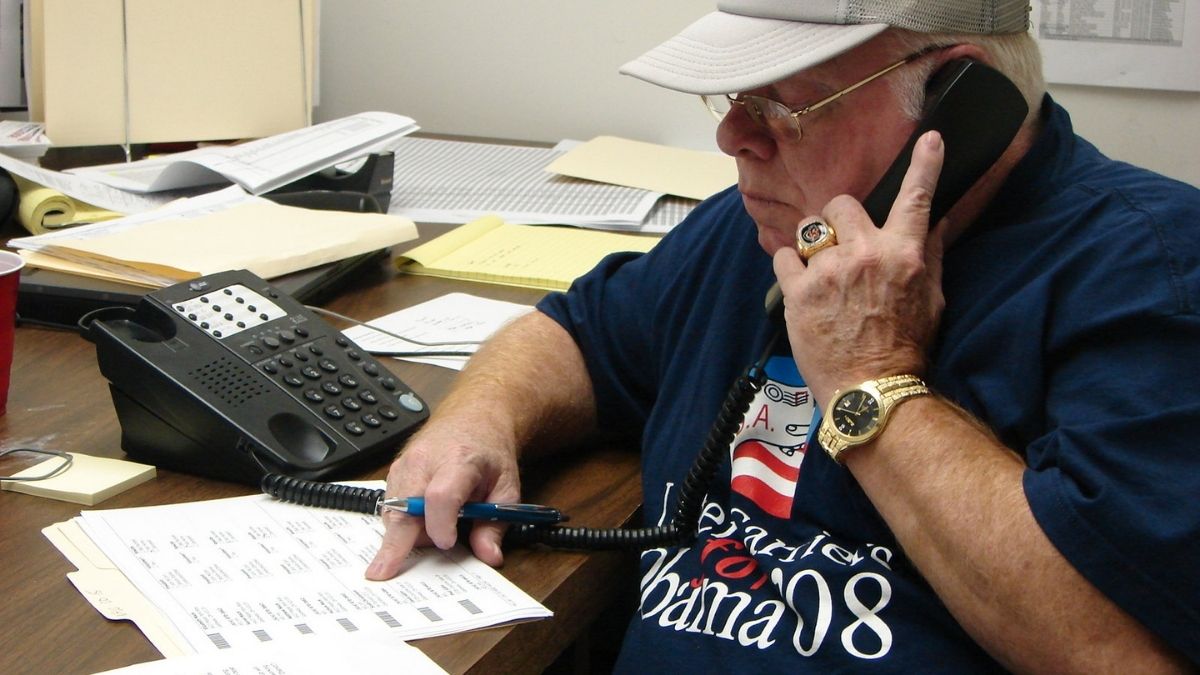 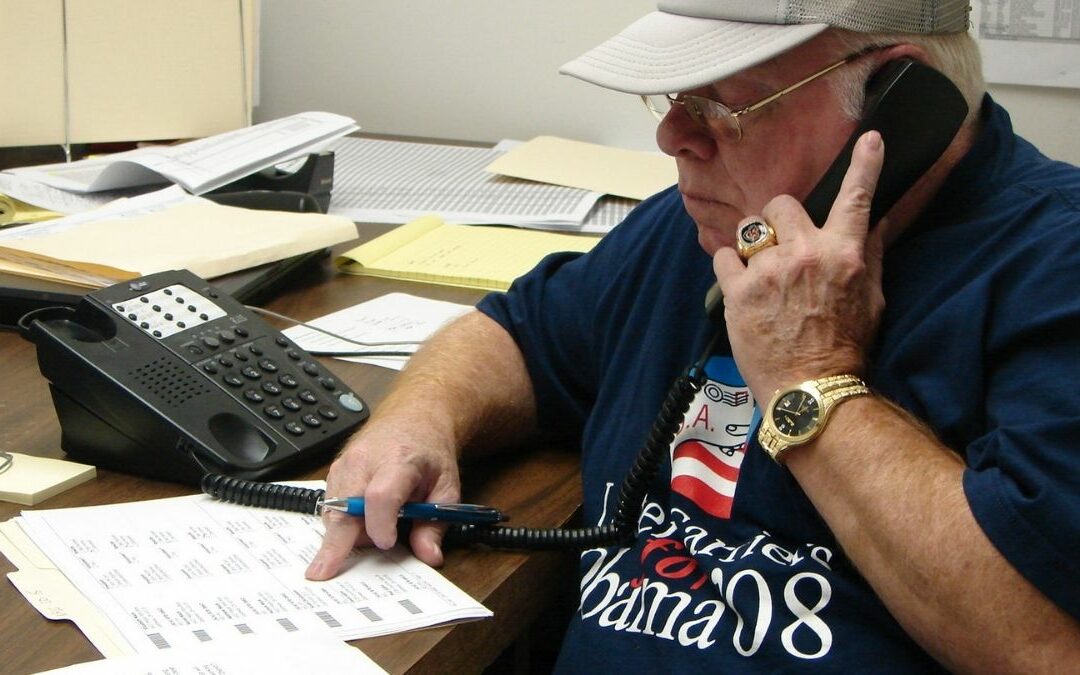 Phonebanking holds a critical place in an election campaign. It is a sure-shot way of having a one-on-one conversation with your electorates and persuading them to support you. Naturally, timing becomes a determining factor in the outcome of your call.

Your volunteers and calling agents shoulder responsibility to make appeals according to the supporter level. But to get to that stage, your calls must be answered, and the callee must have the time and mood to talk. Additionally, the timings should be compliant with the FCC regulations.

You can reasonably expect the best outcomes when your campaign checks all these boxes surrounding the phonebanking timings.

We have studied 690+ phonebanking campaigns and 2,200,000+ calls hosted between August and December 2020– the peak of the US presidential elections. The total duration of the calls was over 3963.87 hours (that’s 165 days–almost half a year spent only on calling!)

We analyzed the campaigns by:

The results can inform your phonebanking campaign timings, and the study aims to help you raise your answer rates and durations.

The hourly distribution of calls. Note that the hours beyond TCPA regulations are marked in red. Those within are in blue.

Now, let’s get to the results.

When can phonebanking campaigns get the best answer rates?

Getting your calls answered is probably the most crucial part of a phonebanking campaign. Of course, your appeals and the callee’s agreement to act on it form the motives of a call. But to get to that point, you must catch your potential supporter at a time when they are free and in the mood to answer the call and have a meaningful conversation.

There are two ways to ensure you reach them at the right time:

We offer a third way– to learn from similar campaigns from the industry and use their outcomes as a hint to schedule your campaigns.

Best answer rates by the hour

Our study shows that the answer rate remains steady throughout the day, starting at 9 in the morning and dips at 7 in the evening. The average answer rate for the phonebanking campaigns was 21.17%.

If we extend the scope of our analysis by another hour (9-10 pm), the answer rate swoops up to 34.87%. That seems like a solid number until you also check the DNC rate for that hour– a disappointing 1.98%. Although more calls were answered on average after the TCPA hours, more people also opted out of future communications, hampering the campaigns. That is a good sign that phonebanking campaigns must stick to the TCPA mandated hours.

Now, back to our analysis in those acceptable timings.

Interestingly, the highest share of calls was between 5-6 pm, which got a 21.49% answer rate– slightly higher than the overall average answer rate.

Fridays got the highest average answer rate at 22.21%, while Tuesdays got the lowest at 19.29%, followed by Mondays at 19.90%– probably a good sign that people are more likely to answer calls from unknown numbers as the week draws to a close.

How to improve answer rate:

Important note: CallHub automatically shuts down all campaigns at 9 pm on the initiator’s side (if you haven’t selected Timezone Scheduling). If you have chosen the timezone scheduling, we pause campaigns at 9 pm in the contact’s area.

After getting data for this study, we realized that calls reached contacts even after 9 pm (the limit of the TCPA compliant hours). We can think of two possibilities for this:

In any case, we saw earlier that the DNC rate was the highest at that hour. So was the machine answer rate (34.86% while the average rate was 19% but more on that later). These statistics show that it is best to avoid phonebanking beyond the TCPA mandated hours for the best results.

How long do phonebanking calls last?

What good is a call if it lasts just seconds and doesn’t allow you to make a meaningful conversation? A phonebanking call is truly valid only if you can hold the callee by something of interest and get them to take the desired action (or at least increase engagement and be directed towards a high-barrier ask).

We’ve calculated the average duration of a call per day (total calls answered ÷ total call duration for the day). Here are the results:

Phonebankers held longer conversations on weekends than on weekdays. Calls answered on Saturdays lasted an average of 41.38 seconds (the longest), whereas those on Fridays lasted 24.15 seconds (the shortest).

Please note that these were average durations, and not to say that a call typically lasted 41 or 24 seconds. Our study only aims at looking at broad trends, and categorizing calls by their duration brackets is beyond the scope of this study.

However, if you wish to understand how long an average call lasted for the presidential phonebanking campaigns, write to us on [email protected] with the subject line “Phonebanking Call Durations,” and I will be happy to take that up for you.

How to improve call durations:

Please note that a long call duration may not always be a good aim. If a contact is not in the mood or doesn’t have time to talk, it wouldn’t be a good idea to stretch the call.

When does one get the most machine answers?

A machine answer indicates that you called a person when they were too busy even to answer the call, let alone have a conversation. Campaigns can rectify this by adding a disposition on CallHub to call back the person or drop a text if you reach a machine. But it helps to know the likelihood of reaching a machine to enhance your campaign.

Is there a trend or pattern of when phonebanking campaigns get a machine answer? We find out.

The lowest average machine answer rates occurred between 9-10 am at 25.4%.

While the average machine rate doesn’t seem like a terrible number, if we compare it to the average answer rate of 21.17%, we realize that over 50 calls for every 100 either went to the DNC list or ran into an error. We share some tips to improve this call performance.

But before that, let’s look at the average machine answer rates by the day.

The machine answer rate for phonebanking campaigns between August and December 2020 remained relatively stable, between 26 and 31%. Thursdays got the highest average rate at 30.61%, while Fridays got the lowest average (26.23%).

How to decrease machine answer rates:

The most prominent reasons a call goes to a machine are that the callee cannot answer the phone or let it go to voicemail because they don’t recognize your number. Here’s how you can overcome both challenges:

When do people tend to request DNC?

The DNC list is probably your most dreaded outcome. Campaigns want to avoid that as much as possible. And while factors such as a lack of interest, support, or engagement are crucial factors determining whether a person opts not to be contacted, timing can also play a vital role.

For instance, I may be interested in John Stuart’s campaign; I’m even considering voting for him. But if his campaign called me at 6.30 am, asking if I’ll join their event, it’s a hard no from me– for that event as well as future communications.

So, when do people tend to request DNCs from political phonebanking campaigns? Let’s find out.

Note: The 6.30 am example is a hypothetical example, and in this study, we stick to the 8 am-9 pm brackets only.

Most and least DNC requests by hour

Overall, the political phonebanking campaigns showed excellent performance in keeping DNC rates to a minimum. One Google search for political calls and your feed will be dominated by inquiries such as “How do I stop getting political calls?” and “Why are there so many spam calls [in] 2020?”

The 9-10 pm bracket was the only hour with a substantial number of calls made and a DNC rate of over 1%. The previous hour came dangerously close but didn’t touch the 1% mark. This shows that people are more likely to be frustrated with political phonebanking calls later in the day. The DNC rate started increasing steadily after 6 pm, keeping the sweet spot of fewer DNCs before evening strikes.

Most & least DNC requests by day

Tuesday stands out for its lowest average DNC rate– only 27 in 1000 calls resulted in a DNC outcome. While overall the campaigns managed to keep the daily average below 0.50%, Sundays, Fridays, and Saturdays (in that order) breached that number with a 0.65%, 0.58%, and 0.57% average, respectively.

How to maintain and decrease DNC rates:

This article, in particular, looked at 690+ campaigns that initiated over 2.2 million phone calls. Of course, no one can conclude any trend as the absolute truth. But through rigorous research and study, we can project outcomes to help your phonebanking campaigns perform better.

If you have specific topics about calling or texting that we can research, mail us at [email protected] with the subject line: CallHub Research Ideas.