Social Media Advocacy: Everything You Need To Know To Get Started 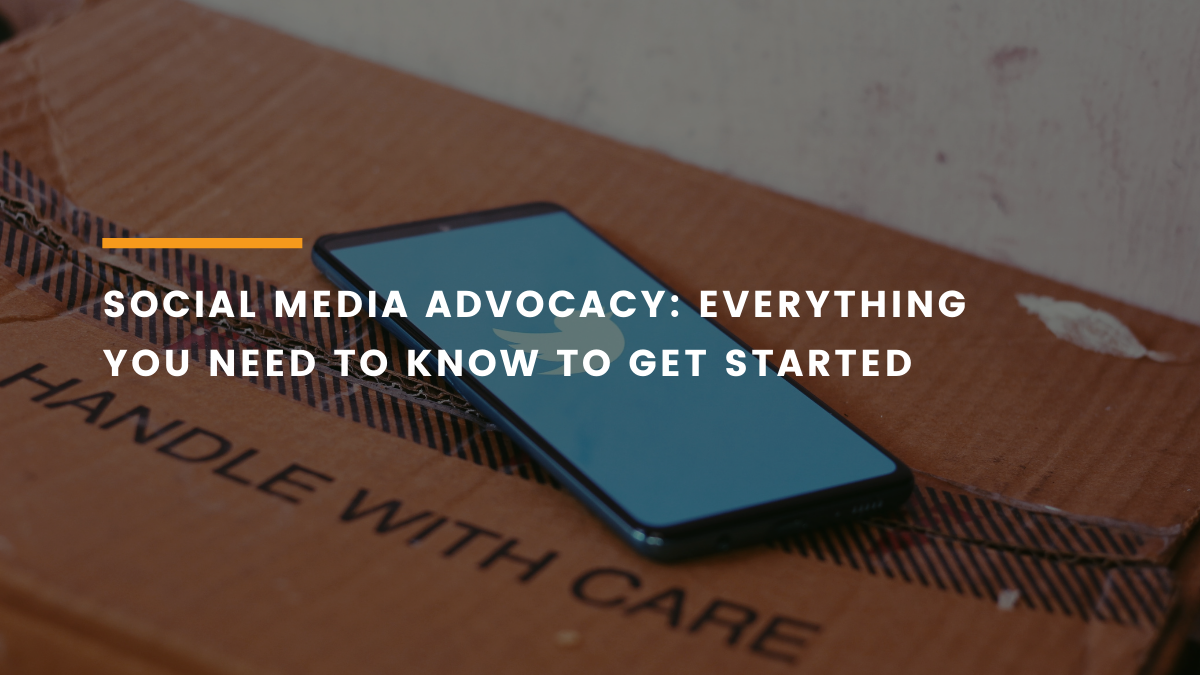 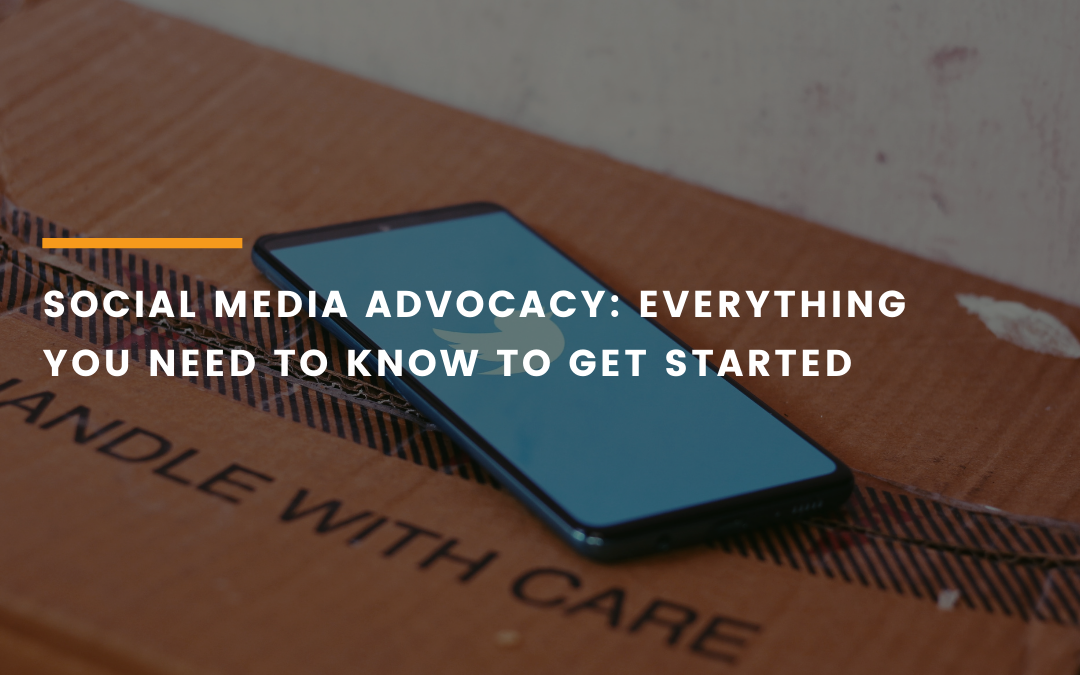 Is social media advocacy something that you should spend time on?

Yes. Social media advocacy has proven to be quite effective in effecting change. It has shown its efficacy in spreading awareness regarding an issue quite quickly and amplifying the impact of a movement.

The #BringBackOurGirls movement is a classic example of this.

On the evening of April 14, 2014, a little-known Islamist sect named Boko Haram kidnapped over 200 girls in the northeast Nigerian town of Chibok.

For weeks almost no one seemed to have any idea about this until the news went viral on Twitter, and #BringBackOurGirls started trending.

3.3 million tweets later, including ones from celebrities like the First Lady Michelle Obama, the world government was put under pressure into rescuing the girls.

The United States offered hostage negotiators and 200 troops for the search.

In Nigeria, the movement morphed to the streets. Hundreds of protesters at the Nigerian Capitol started keeping a daily vigil chanting the catchphrase.

This was an example of the power of social media advocacy. It ramped up an overlooked issue to a global phenomenon.

What is social media advocacy?

Social media advocacy is defined as the strategic use of social media to advance a cause or issue and effect change. This is typically achieved by:

Just look back at the #BringBackOurGirls campaign, for example. It facilitated two things:

Collectively, this helped pressure international governments to look into the matter.

Is social media an effective tool for advocacy?

Most organizations and groups often worry about slacktivism.

Slacktivism or clicktivism is a term used to argue that any action on social media doesn’t result in any real-world action or change. Many organizations often cite this as a reason and steer away from social media advocacy.

But the problem with that mindset is that they ignore the reach and awareness these platforms provide. And the first step towards effecting change is spreading awareness about your issue.

I may sound like a broken record, but circle back to the #BringBackOurGirls campaign and look at the kind of awareness it drove. This is an actual quote from a protestor, Brittany Plothow, who was marching for the movement at the Utah State Capitol.

“Without Twitter, Facebook, and Google hangouts, I wouldn’t know what’s going on.
Maybe we’re not in Africa, but you never know who you’re going to reach with a rally. It may be a politician or a philanthropist or someone who has the resources to do things I can’t do as far as money or power.”

But it’s not just this; campaigns like #BlackLivesMatter, #RefugeesWelcome, #LoveWins are examples of issues that were pushed through social media and helped mobilize people.

So yes, social media is an effective tool for advocacy. And it can drive real-world actions.

You just need to know how to nurture people for that. Our post on Slacktivism to Activism talks about how to do this in detail.

Social media advocacy has some unique advantages, and these include, but are not limited to, the following.

There’s literally no cost involved in setting up social media accounts. You can set one up for free and ask your supporters to engage with you and spread your message further.

You will have to rely on some advertising to get that initial momentum. This will incur costs depending on your target reach and goals. However, the cost-vs-return is still less than physical posters, media ads, etc.

There are over 4.5 billion social media users across the world. Even if you’re able to effectively target and reach out to 0.1% of this population, that equates to support of over 4 million users.

With social media, there are no limitations to you getting to those many people. But if you compare it with other efforts, say walking around neighborhoods talking to people, you might not be able to get to as many people.

Social media platforms present you with a new channel to interact with your supporters, recruit them for volunteering, mobilize them, and even publicly engage with someone in power (say the President of the United States).

Moreover, these interactions can be two-way. For example, you could host a live AMA session on your handle and clear people’s questions about your mission.

Moreover, your supporters can share these interactions with their social circle or contribute to conversations happening between two high stake holders too.

Social media acts as a great tool to fuel grassroots advocacy. It’s pretty easy and straightforward for your existing supporters to spread your message and recruit others for the cause on social media. There’s no learning curve, and it is sometimes as easy as clicking a share button.

An existing supporter sharing just one post from your organization puts you in front of a whole new audience, i.e., the supporter’s friend circle.

These are just a few unique advantages of social media advocacy that can help you build your advocacy campaign effectively.

So what social platforms can help you reap these benefits? We see that next.

A recent study by FiscalNote analyzed the social platforms that drove people to an advocacy’s action center. Here are the top platforms.

Here’s how you can use these social platforms for advocacy.

Facebook is the most popular social platform, with over two-thirds of the world’s population actively using it.

The platform allows you to share different types of content like photos, videos, gifs, and plain text posts with links. Its messenger feature is also quite intuitive, allowing you to reach out to people both privately or as a group via direct messages.

Twitter is a microblogging platform that allows you to put out small bursts of information. If you have more to say, you can put out a long thread that consists of multiple tweets in a chain.

Instagram is a visual social media platform that is primarily used to share images or short videos (reels). You do have the option to share longer videos, too, using the IGTV feature.

Your social media advocacy strategy on Instagram can be divided into three categories:

All three aspects come in handy in their own unique way. Here’s how to use them:

LinkedIn is more of a professional social network that is primarily used for business networking. But this networking comes in handy for advocacy too.

YouTube is a video streaming platform that people use to consume videos of different lengths, types, and themes. For advocacy, this can be a great tool to educate your supporter base and spread awareness.

Here’s what you can do:

You can even amplify the impact of these videos by sharing them on all your social media handles.

Although these platforms have shown relatively good results, you don’t have to be limited to them. If you have the bandwidth, you look into other platforms like TikTok, Snapchat, etc. too.

However, if you’re only starting out, I suggest that you prioritize establishing a presence on the primary platforms first and then moving on to others.

Select the social media platforms that you wish to be active on (I would recommend all, but you can start with just a couple of them) and then use these strategies to get started:

Let’s look at exactly what each of these advocacy strategies entail.

No matter the platform, always make sure that your profile is 100% complete. Generally, all social media platforms will ask you for the following information:

There will be other information that you may need to provide exclusively to a platform—for example, your industry on Facebook, the number of employees on LinkedIn, etc.

Make sure to fill in all those details. A complete profile shows credibility and makes it easy for people to know everything they need about you.

Create a regular posting schedule for each platform before you start posting. With a schedule, you can ensure that your social activity is:

Consistency of posting shows that you are active, and even social algorithms start pushing your content more to people in your network.

Having a fixed time to put out your posts makes it easy for you to schedule a bunch of them beforehand, so you don’t have to put in the manual effort every time. A tool like Buffer can help here.

Moreover, make sure that your posts are crafted in a way that fits the platform. Be mindful of:

This is so important that we added this as a separate strategy rather than as a part of another point.

Adding hashtags to all your posts helps with two things:

Moreover, make sure that you have one that relates to your organization. Something like #{YourOrganizationName}. Use this on all of your posts so people can tie back your efforts to you.

Encourage people to engage with your posts.

If you’re looking to spread your message far and wide, your existing supporter network is essential.

They are likely to have a circle of like-minded people who may also care about your cause, but they just might not be aware of it. So use your existing supporters to get to them.

Whenever you put something out, make sure to:

In case you don’t have a huge supporter base, advocacy advertising can give your social media advocacy the kickstart it needs.

With ads, you can target the right group of people based on their:

Take this ad, for example, which is targeted towards executives to gather their signatures.

Ads can put you in front of literally millions of people in a matter of days and help build your supporter base.

When putting out ads, however, just make sure that your ad copy and CTA align with your objective.

For instance, if you want a donation, label the CTA accordingly; if you want them to follow your page, link out to your page and mention that in the copy. Also, try to use visuals that help you stand out. The best ads are those that are clear, concise, and catchy.

Also, make sure that your target audience is specific and well-targeted to ensure a higher impact ratio.

Social media advocacy can push your mission to heights that you wouldn’t have imagined. The only trick is to use them the right way and consistently.

We’ve covered the right platforms that you should get started with and the strategies to get the ball rolling. However, if you need some inspiration to inform your campaigns, check out our post on 4 Advocacy Campaign Examples that talks about four such successful social media advocacy campaigns.