Election Canvassing: The Only Guide You Need 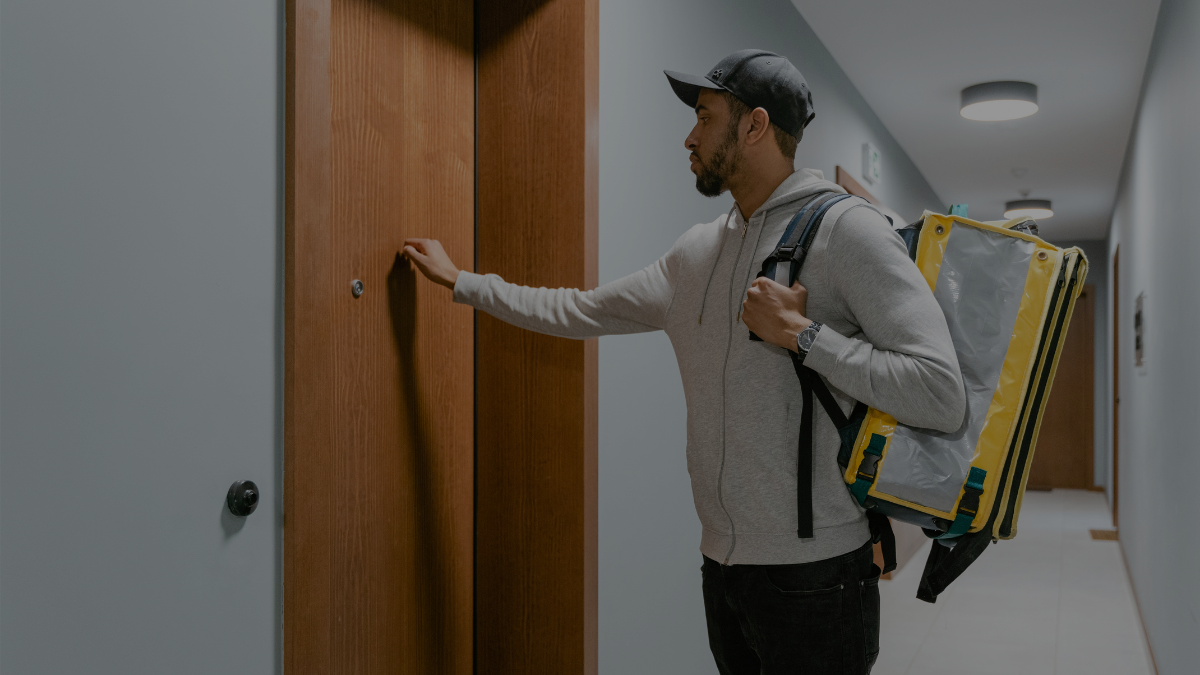 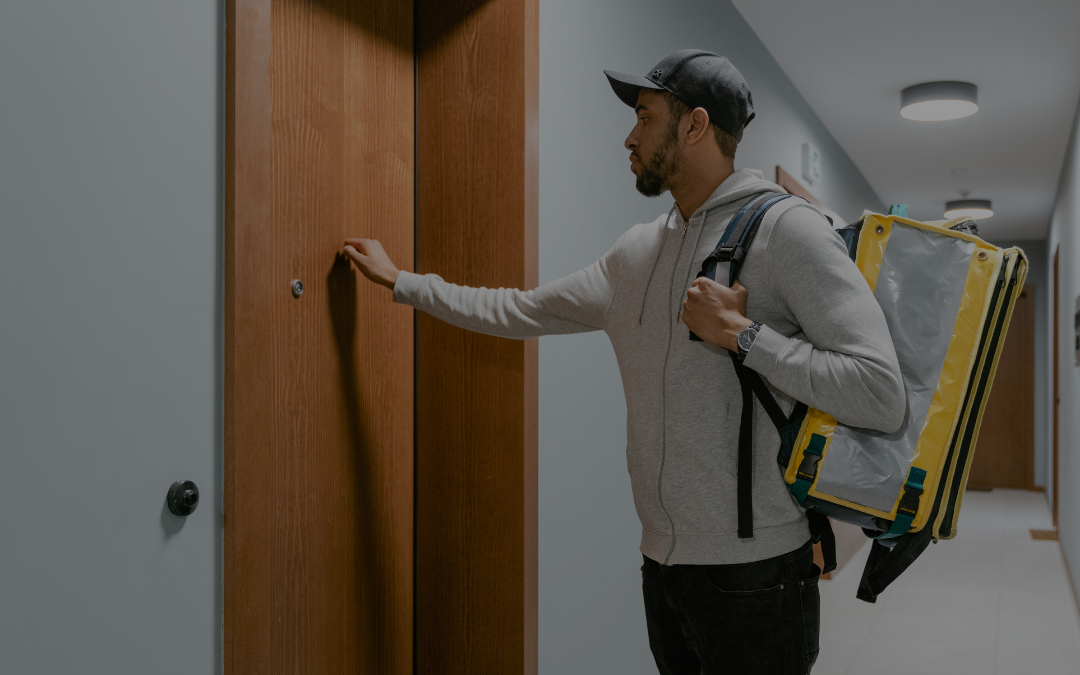 What is election canvassing?

Election canvassing is a process by which candidates, volunteers and political campaigns can reach out to voters in a constituency, traditionally by going door-to-door. Such door-knocking campaigns are aimed at:

While many studies have found that election canvassing, especially around the voting day, effectively increases voter turnout by almost 9%, many experts don’t seem to think the same way. They believe phone banking and texting voters is a much more effective strategy to increase voter outreach and turnout.

With rules and regulations about door-to-door canvassing changing ever so frequently, it might be a good idea to take virtual canvassing more seriously.

But before we have a look at virtual canvassing, let’s find out why election canvassing – whether door-to-door or virtual – is essential.

Why is election canvassing important?

Moving from door to door and speaking with people is a time-tested method of voter outreach. Started during the Roman era, what makes election canvassing a viable option today? Virtual or door-to-door canvassing, here are the benefits:

It allows the candidate to have personal interactions with their voter base and instill more confidence in their voters. A candidate can be well qualified, have the best ideas as well as work hard at winning – but if they are not popular amongst the people, the chances of them getting elected are slim.

Therefore, it is important that a candidate takes full advantage of the canvassing campaign to introduce themselves to voters.

Hearing from a candidate directly helps in many ways:

Taking center stage in their campaign’s outreach efforts through canvassing can do a whole lot of good to first-time candidates especially, and provide them with a direct entry onto the political stage at their local community level.

Through election canvassing, volunteers can help new and unregistered voters sign up for voting, make them aware of the process, and follow up with them before election day to go to the polling booths.

Many people report follow-ups by campaign volunteers as a primary reason for showing up to vote. A nudge is generally all it takes to reach out to voters who would not have otherwise voted.

However, most of these results depend on how strategically your campaign accommodates election canvassing.

3. Election canvassing is a real opportunity for civic discourse

There are many ways in which people can engage in civic discourse. One of the most common ways is protest. Disagreement with the government and its policies are almost always expressed by protests.

The outcome of protests, however, is never truly determined. There are very few instances in which protests have led to actual social change. At its best, protesting plays a significant role in educating the public about issues concerning their community. Even though protesting is a fundamental exercise of democracy, it is participation in the electoral process that could bring about actual, definite change. Canvassing is a great option to consider if you want to be a part of the electoral process.

By venturing out and volunteering for canvassing, one is participating in bringing to power those people that represent their values and will work towards introducing laws that support those views.

While the world may seem skewed towards one direction or the other, with half going right and the other half going left, it is not really true.

Social media and political discussions on television might make us believe in a duality in which one camp wins over the other. However, the ground reality is that most people are usually undecided. Known as ‘swing voters’, this key demographic is who election campaigns are majorly targeted towards.

It is said that it is easier to convert new and undecided voters into your supporters for an election as compared to converting long-standing supporters of a rival campaign.

Reach out to new and swing voters via texts and calls during canvassing to ensure an ongoing relationship with the voter and increase supporter count on the day that it matters the most.

Canvassing gives an accurate measure of how many people, which communities and which demographic is most likely to support a candidate. Once you are out canvassing, you will have the answers to these questions:

Attune your campaign to find the solutions to these problems, and you are on your way to campaign success. Once you have the answers to these questions, optimising your campaign becomes very simple.

Several first-time voters report not knowing the process of registering to vote. Many are confused about the documentation or eligibility requirements.

Capitalising on new energy in the voter base might gain loyal followers who can support you in future elections.

Election Canvassing can open doors for a campaign that would otherwise remain shut. While the idea of virtual canvassing sounds good on paper, it might be a little confusing at first.

You will find a few political canvassing software below that will help you out.

The waves of covid have gone high and low ever since 2020 and the rules and regulations surrounding it change every minute. However, what this has done is add ‘convenience’ to our lives. Really anything can be done from home!

The same goes with election canvassing. Most adults in the U.K spend a significant time of their lives using their phones, checking their emails and texting their friends. A mobile device is the easiest point of contact that one can have with another.

A large number of the young population prefers being communicated to via texts and would like to receive information that they could easily research and verify. Information received online is also highly likely to leave an impact on the minds of people while still allowing them the freedom to make their own decisions.

Here are some tools that can help you shift your election canvassing plans to remote operations and receive a great response:

Phonebanking is a way for campaign staff, volunteers and candidates to reach out to and identify supporters by making calls. Through phone canvassing, you can:

Read Also: Political Phone Banking – The Only Guide You Need

By using phonebanking, you can connect your volunteers to hundreds of potential supporters within an hour. All you have to do is choose which phonebanking tool is the most compatible with your campaign. Make sure to look at these options when choosing  your fit:

Pros: Helpful for volunteers who are senior citizens. Can reach numbers that haven’t already given permission to be contacted.

All bad numbers, no answers and dropped calls are filtered out. This means, your agents only spend time being productive on calls. The repetitive and menial tasks of dialling numbers and waiting for the answer are eliminated. CallHub, a campaign communications partner addresses all your communications technology needs with a range of auto-dialers mentioned below.

For example, you can set the dialer up to call 10 numbers when an agent hits ‘dial’ and only available numbers are then connected to the agent. This saves time as well as gets more done automatically.

Cons: Subscribing to phonebanking software is a cost your campaign must bear.

There is an increased aversion to picking up phone calls led by the millennial generation, followed by Gen-Z. These demographics are best targeted through a medium of communication that they are most comfortable with: text messaging.

Mailer campaigns are a great way to reach out to people. Email marketing campaigns have an ROI of 42:1. For every $1 you spend on email marketing, you can expect an average return of $42.

You can create engaging mailer campaigns that are sure to grab the attention of your voter base. Here are some mailer campaign ideas you can implement:

Read Also: Everything you need to know about Deep Canvassing.

Adapting to the changing environment and the needs of the people (read: convenience) is the mark of a smart campaign. Moving election canvassing from offline doorknocking campaigns to online virtual canvassing in a world that has quickly evolved to accept it, is a great way of ensuring you reach a larger number of people.

While you’re deciding on virtual election canvassing, you could also have a look at some great communications tools that would help this campaign. Have a look at CallHub’s texting and calling software that would be a perfect partner to your campaign efforts.