Why You Must Include Mail-In Ballots in Your Next Campaign 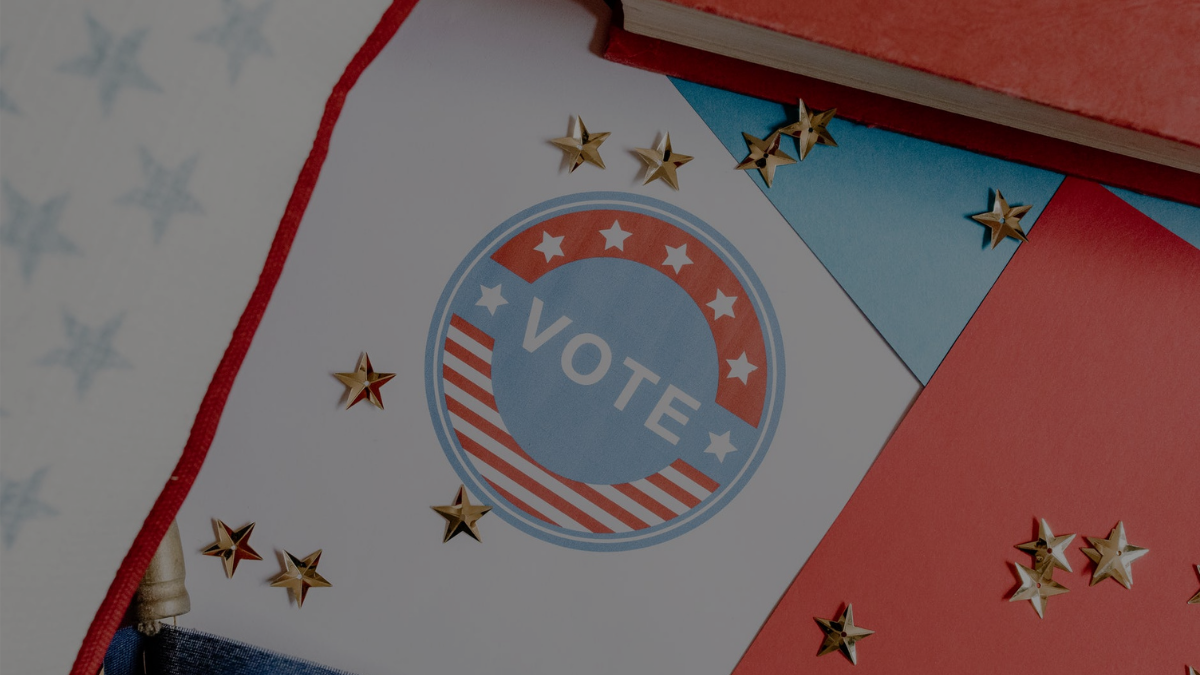 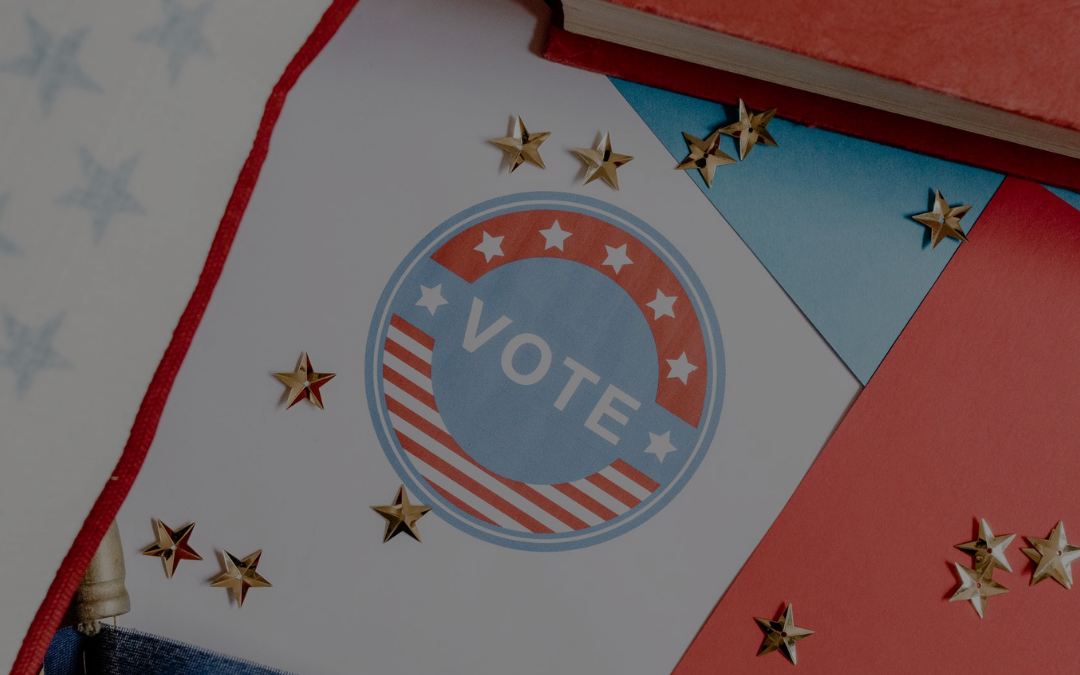 The 2020 U.S Presidential elections took place at the most volatile time in recent history. Between a raging pandemic, protests, and general unrest, it became imperative to find alternative ways to vote safely and authentically. To meet this challenge, mail-in ballots and absentee ballots gained popularity.

A good indicator of the feasibility of mail-in ballots was the exponential rise in their use last year. State elections held prior to the Presidential elections showed that the share of mail voting increased sixfold between April and June 2020.

Although mail-in and absentee ballots have been in use in the USA for years, it was in 2020 that mail voting gained precedence over other voting methods. Usually used by senior citizens and overseas citizens or military personnel, mail-in ballots in 2020 gave people a safe and secure alternative to in-person voting. It allowed them to maintain social distancing and prioritize their health while still exercising their voting rights.

And although the mail-in ballot system became involved in controversies, it still proved to be a key factor in influencing voter turnout prior to election day.

In light of that knowledge, encouraging mail-in and absentee ballots as a campaign strategy has become crucial to campaign success. This article covers:

What are mail-in ballots, and who uses them?

Mail-in ballots are a form of absentee voting that allows voters to cast their vote via mail prior to election day. It is an instrumental accessory in providing accessibility for these sections:

However, in the context of the uncertainties of 2020 and even otherwise, literally any eligible voter can request to vote by mail. According to the Public Policy Institute of California, universally sending all voters in the US a ballot maximized voter turnout during elections.

According to the same study, accessibility to vote and exercise their franchise was the primary motive to register to vote by mail. This was especially true of people with disabilities as well as senior citizens. Even then, many young people chose to vote by mail, citing convenience as a major influencer.

Research has shown that counties in the states that moved to mandatory mail-in voting saw an increase in voter turnout by 1.8 to 2.9 percent. Not only that, a Colorado study showed that switching to all-mail voting in 2014 led to a rise by 9.4 percent points in voter turnout.

As a campaign manager, these benefits and numbers indicate the importance of encouraging absentee voting and mail-in ballots prior to election day.

A good question to ask oneself would be whether the data gathered during a pandemic still holds for elections beyond 2020? Would people switch back to voting in person rather than register to vote by mail or absentee ballot and go through the hassle of paperwork?

Mail-in ballots have successfully increased voter turnout not just in 2020 but ever since they have been implemented. They increase the number of channels available to voters to cast their vote and enable those sections of society who could not otherwise vote to exercise their voting rights.

Additionally, it is always a good idea to ensure every section of society and every registered voter has access to vote to ensure a fair election. Inclusivity and increased voter turnout are good incentives to promote mail-in ballots.

Read Also: The All-in-one Guide for Get Out The Vote (GOTV) with Process, Tactics, and Strategies

Campaigning focused on mail-in ballots is sure to get more registered voters opting for it, especially those sections that may not vote if this option is not available or promoted enough.

Here are some campaign ideas that revolve around mail-in ballots and absentee voting that you could include in your next round of campaigning:

These campaigns not only educate voters but also help build a relationship between the campaign and the voters.

Awareness campaigns can also prove helpful in eliminating voter hesitancy, especially on election day, and can address concerns such as-

There are many different channels of communication that you could implement for awareness campaigns focused on mail-in ballots/voting:

Read Also: The 7 Best Ways To Make Get Out The Vote Phone Calls

Research campaigns allow you to determine-

You could set up a quick survey by call, train your volunteers and provide them with a script to ensure tremendous success.

Phonebanking is an effective way for such outreach. All you need to do is sign up for a service like CallHub. Then, you can gather a group of volunteers to make calls, prepare your calling list, and et voilà, you’re all set to begin!

Depending on what you find, you could further personalize your campaign to suit different types of voters.

Even before you encourage voters to cast their vote via mail-in ballots, it is essential to get them to register themselves to vote. Often young, first-time voters do not have all the information needed to vote in the election.

More than half of voters under the age of 35 surveyed last year reported lacking the knowledge and resources required to cast their vote.

Still, all is not lost. According to the NextGen America survey, even though half of the voters surveyed lacked information regarding voter registration, registering to vote by mail, and absentee ballots, over 77% of them were more motivated to vote than in any prior election.

You can use these statistics to nurture young adults to register to vote. Emphasizing the importance of their participation in local, primary, or special elections can drive them to register.

Reaching out to this young voter base and helping them register to vote is in itself a successful campaign marketing strategy. Here’s an example:

The Environmental Voter Project successfully reached its target audience through the peer-to-peer texting voter registration campaign. It also encouraged people to share this information with their counterparts, engaging others in this campaign as well.

It is easier for campaigns to reach out to and garner support from new voters than to convert a committed voter base. Voter registration campaigns are a great way to ensure you are their first point of contact to elections.

The stage is set, you know your supporter base, and you’ve got a new voter base registered. Now what?

Vote-by-mail registration is also a tedious and frequently confusing process. It could be-

Educating your supporter base through calls and texts and answering questions is a sure-shot way to increase their chances to vote on election day. It also decreases the chances of their vote being rejected.

Setting up campaigns in advance gives voters the time to prepare and register for absentee voting before the deadline. Make sure to plan your campaign well in time.

Read Also: 8 Ways To Use Texts And Calls In Your Next Election Campaign

5. Plan Get Out The Vote (GOTV) campaigns for eligible voters

In the days leading up to the election, a GOTV campaign that focuses on mail-in ballots and absentee voting for registered voters is your best bet.

Voting dates, candidate information, and other important information can increase the chances of success of your campaign.

Information and reminder campaigns need not be time and labor-intensive. You can simply set up a mass text campaign for your contact list, and reach out to thousands of people within a matter of minutes.

You can also conduct get out the vote drives through social media to improve voter turnout.

Now that you have read through the campaign strategies to include voting by mail in your outreach efforts, it is also essential to know and address specific issues that voters face when opting for mail-in ballots or absentee voting during the election process. Let’s look at these possible challenges to your campaign.

While mail-in ballots garnered unprecedented popularity in the days leading up to the U.S Presidential elections in 2020, it was also the center of discussion and mired in controversy. Therefore, before you push mail-in voting as part of your next campaign strategy, it is crucial to acknowledge and address anxieties around them and implement solutions.

1. Is voter fraud a reality?

Claims related to voter fraud when voting through absentee ballots were widespread during the 2020 elections, and this actively discouraged many voters from opting for this route.

While this method may be prone to clerical errors, evidence supporting voter fraud is minimal and dubious. Numerous studies and reviews have found voter fraud extremely rare in mail-in ballots.

Speak to registered voters about these common misconceptions and educate them against disinformation campaigns. Include these studies in your messaging and communications to overcome voting hesitancy and ensure a higher turnout.

2. Voter suppression and its drawbacks

Many marginalized communities fear that their absentee ballots would be rejected due to the demographic to which they belong. While these apprehensions are found to be accurate, it is also true that mail-in votes help these communities gain greater accessibility to voting.

3. Rejection of ballots at the last minute

There is a chance that your supporter base has been informed and educated about the mail-in voting process, and has filled and submitted their vote well in advance, but their ballot gets rejected on election day for some of the following reasons:

For elections as competitive and divisive as the Presidential elections in 2020, this is a chance that many registered voters are unwilling to take. Ensure these common errors are avoided by warning against them in your awareness campaigns.

Until the next elections come around, you could also focus on campaigns directed toward lawmakers that ensure mail-in voting is a smoother process for future elections and rejection on absentee ballots is minimal.

Since being at the center of the Presidential elections, mail-in ballots have become a focal point in the US election process. This voting system has proven to be so beneficial that lawmakers have introduced laws as recently as this month to ensure mail-in ballots and absentee ballots are more accessible to voters in forthcoming elections.

Leverage this option to ensure you succeed in your next election effort.

Additionally, CallHub has a number of resources that can help with your absentee voting and mail-in registration campaigns. Read our article “How Effective Is Political Canvassing?” and What Candidates Must Know Before Knocking on Doors to know more.