A Political Strategy Defines Your Image. Pick From These Effective 6 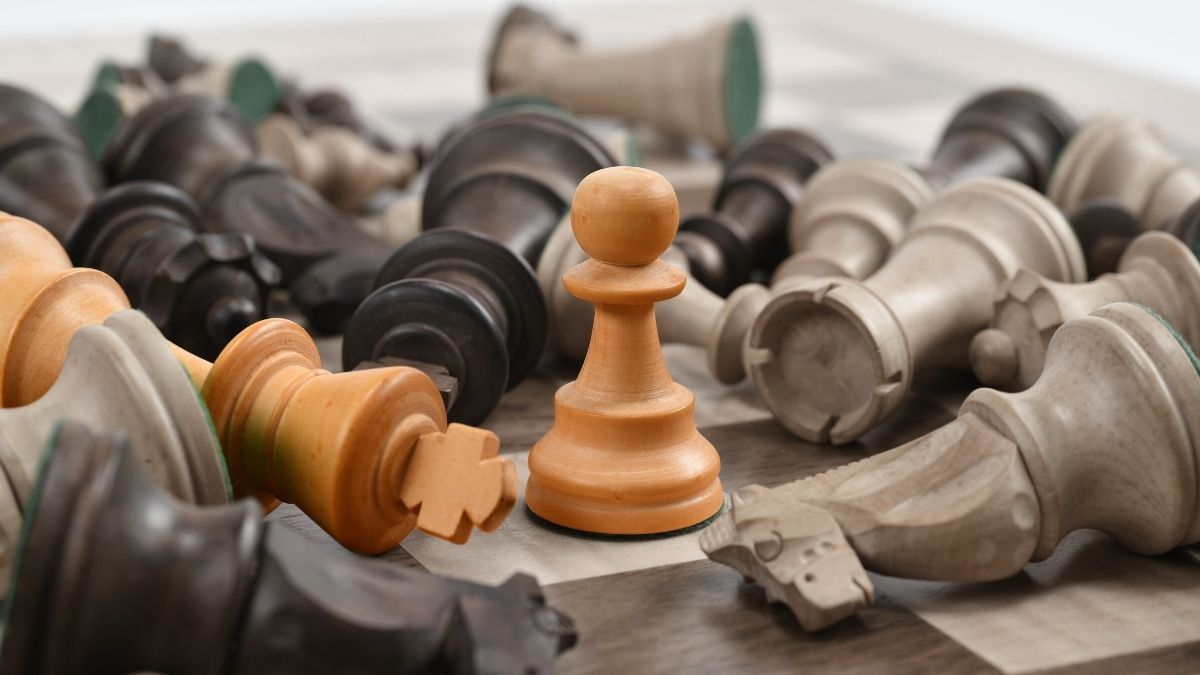 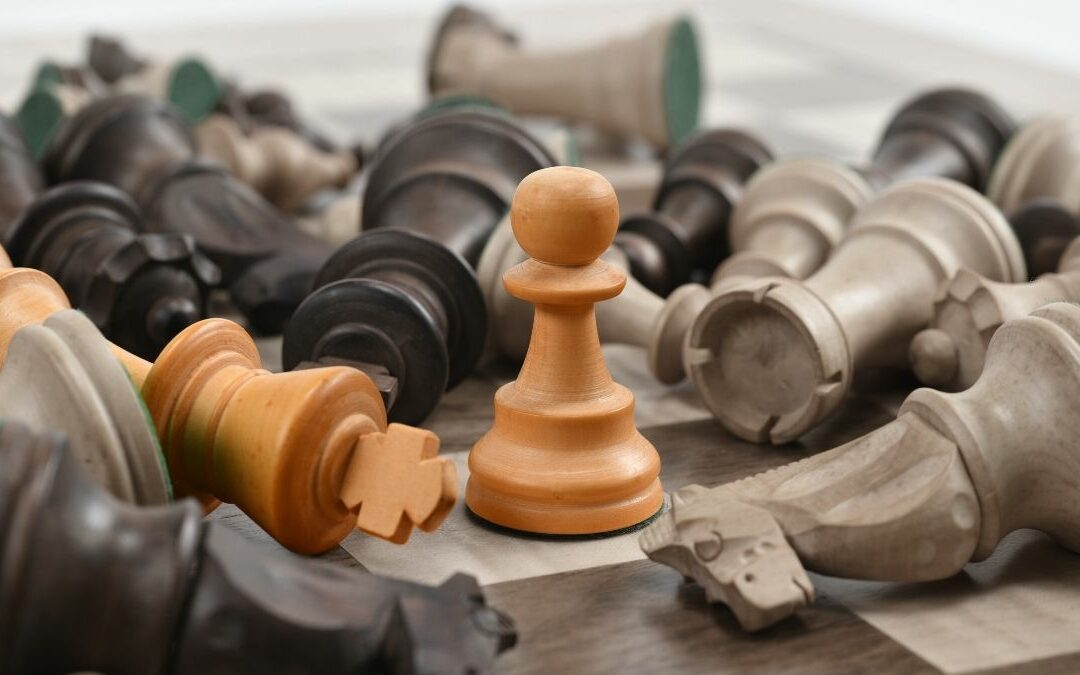 It was a shame that he dropped out of the 2020 race, or we could have better gauged how successful his political strategy and tactics of communication were. But the drop does not take away from the fact that he had 5 million individual donors, attracted crowds of 13,000 people at his rallies and clocked tens of thousands of views on his live streams.

Economic and social policies, ideologies and past records are crucial factors determining an individual’s support to a political candidate. But it all boils to three factors:

For Bernie one of the primary political strategies was capturing an off-stream but effective way of interpersonal communication.

Such interpersonal communication is a common and often a successful political strategy used to sway voters.

Let’s look at this and other strategies commonly used during political campaigns in detail.

Politics cannot be a straightforward game. Even the most transparent politicians indulge in some or the other strategy to win over voters and win against opponents. Some strategies are implemented more regularly, more successfully than others.

No matter what your political strategy, these nine elements will play an active part in its execution.

Your ultimate goals will divide into targets and objectives, organizational considerations into situational considerations and critical path analysis and these factors will dominate the purpose, message and goals. The strategy you adopt will determine how you present these three final elements to your audiences.

Here we list six political strategies and tactics that are fair game:

Let’s look at each political strategy in further detail.

Controlling the agenda and decision criteria

People make decisions based on their predetermined criteria. If you try to satisfy each supporter’s criteria, you risk falling short of most people’s expectations.

Instead, you can take control into your hands and command the agenda and decision criteria.

For example, a voter’s decision criteria may be “Will this person support universal healthcare?” You can take charge of this narrative and let your agenda rule over it. (e.g., Raised minimum wage for all workers, including healthcare organizations.)

This may not translate directly to the supporter’s expectations stated above. But it hints at support towards their beliefs while also being a more inclusive messaging..

Controlling the agenda and decision criteria involves the following:

One political strategy that will comfortably bring credibility to your policies, viewpoints, and arguments is leveraging external expertise to back you up.

These experts include political lobbyists, nonprofit groups, advocacies and individual experts such as scientists.

Why does this help?

While there exist several examples of political candidates using external expertise to build support, perhaps the most impending one at the moment is that of Dr. Anthony Fauci and the POTUS. Joe Biden took over the White House bang in the middle of a pandemic and let Dr. Fauci take over the spotlight– a stark difference from Trump’s policies, whose outlook was seen as “unscientific”.

Addressing the media, Biden said, “Above all, our plan is to restore public trust… That’s why you’re going to be hearing a lot more from Dr Fauci, not from the president, but from the real genuine experts and scientists.”

For those directly and indirectly affected by the virus, this stand was a breath of fresh air. It shouldn’t surprise one if this stand by Biden resulted in such individuals growing affinity towards him, at least in this instance.

If Bernie’s tactic was to talk only about serious substance in technical terms, Trump, a classic marketer and businessman, simplified (and more often infantilized) his statements and speeches.

For his critics, this oversimplification sounded like he didn’t understand his topics. But Trump’s narrative played a completely different game.

The point was, his audience understood his statements, sowing the belief that politicians need not be some untouchable genius. Rather, the audience was as intelligent as the person speaking since there was no jargon, no complicated sentences or issues. The audience felt at par with the candidate.

That is one way of controlling the narrative (both Bernie and Trump spoke to the audience like their equals in intellect– only their narratives were starkly different).

For Trump, another way to control the narrative was to steer what his critics said. They criticized the language so much that they didn’t have time to arrive at the criticism of the content. So, if you ask my recommendation between these two strategies, my answer would be: Build your narrative on how you perceive your audience and how you want your audience to perceive you.

Some examples of manipulating and controlling symbols and narratives as a political strategy are:

Another example is Jacinda Ardern’s “solidarity” narrative after the blasts in Christchurch, New Zealand. The PM was seen hugging and showing support to victims’ families just two days after the blasts, dominating the narrative of her progressive, sympathetic and decisive leadership.

The way campaigns use interpersonal communication can determine how closely their audience associates with the candidate.

At the beginning of the article, we saw how Bernie used his speech content to make his listeners feel on the same level as him. Additionally, he also used social media events and posts to initiate more intimate conversations and leveraged this relationship for asks such as donations.

The two main components of political interpersonal communication are:

For the Obama campaign, this communication was via text messages. He leveraged texts for announcements, Q&A with supporters and to get out the vote. At the time of his campaign, this idea was so new yet so convenient that some experts called him “Mobile marketer of the year”!

The campaign manager, speechwriter, and candidate can build the narrative for interpersonal communications during speeches, rallies, and other events. But how do you undertake such conversations at scale? That’s where we help.

Calling and texting are two convenient ways of getting in touch with supporters and communicating with them. Here are some common use-cases that can do with interpersonal communication at scale:

Try our political calling and texting software for free:

While “criticism of them Vs appreciation of us” is a standard narrative during campaigns, leveraging it as a purely political strategy requires detailed planning for smooth implementation.

For instance, the plan must answer the questions:

Building your narrative for the overall strategy becomes easier when you have these answers in place. It also helps you fit the strategy into the overall campaigning.

Related Reading: Healthy Ways for Negative Campaigning (and How to Fight It!)

While there are no formal coalitions in the US, retired, dropped, or non-running politicians often vouch for candidates publicly, signalling some sign of ideological or political affiliation. This political strategy works especially when the person vouching for a candidate has a vast, trusting following but no direct vested interest in that election.

For instance, weeks after announcing his drop from the elections, Bernie spoke to a group of college students in support of Biden and Harris.

Two factors separate such coalitions and partnerships from those of external experts:

Forming coalitions and partnerships is a recommended political strategy when you don’t have a confirmed majority or when the elections have taken the form of one Vs all the rest.

Some advantages of utilizing this political strategy (apart from increasing chances of victory) are:

In the most basic terms, a political strategy is a way to manipulate circumstances to suit your campaign. Campaigning parties tend to choose several such strategies and tactics, depending on the situation. We elaborated on such strategies that we believe are fair game.

Of course, politicians do employ other strategies such as manipulation of media, controlling access to information, witch hunts, and playing other dirty tricks. Make no mistake; these strategies can work well too. But only until the employers of these tactics are not caught.

We believe in the inherent goodness of the campaigning individual and party. And we hope that when choosing your political strategy, you pick one that is just, honourable and trustworthy.