Political Surveys: Explaining The What, Why, And How 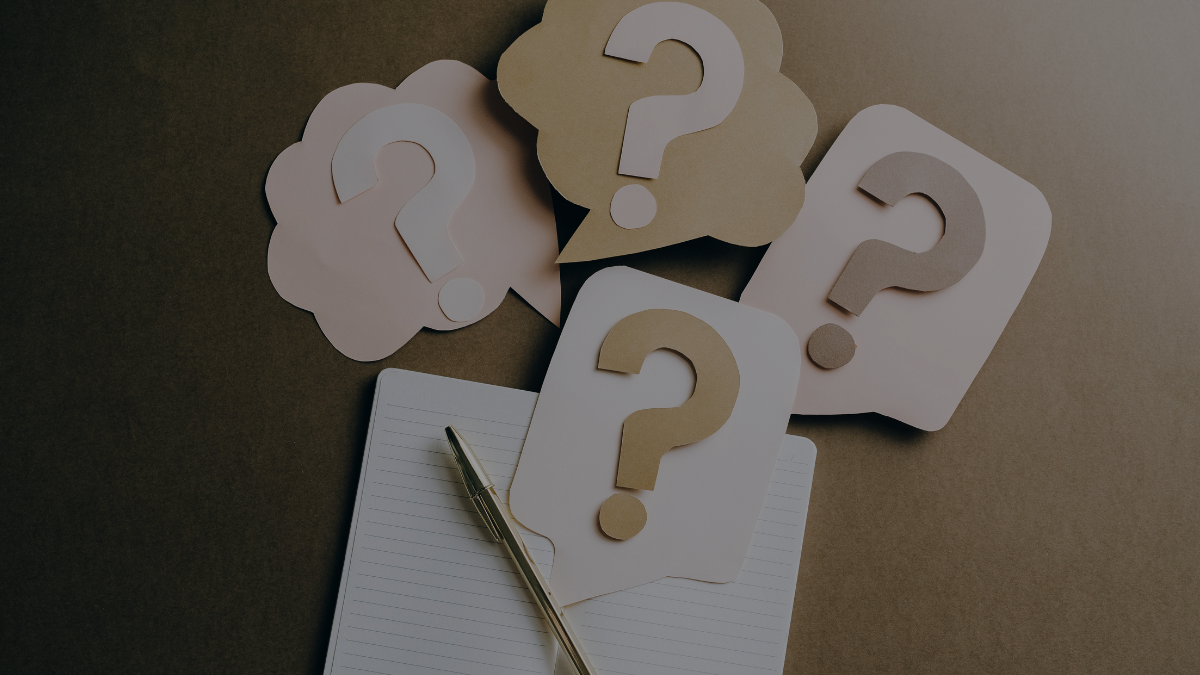 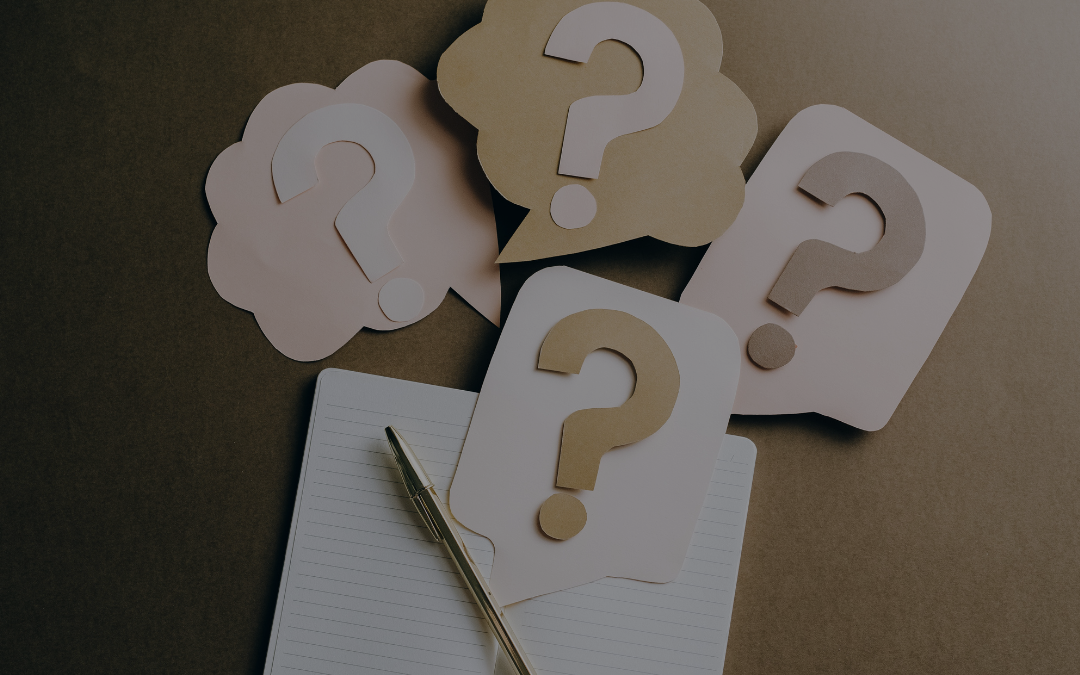 Once you answer these questions, you will be on the path to organizing a party that the birthday child is going to remember for a long time to come!

Political surveys are designed to ask questions that would aid a political campaign, a candidate, or a political organization to understand the needs of their target audience. It determines audience moods, which candidate they lean towards, what their political views are, what policies they support, and much more.

Based on this information, you design your campaign strategy, messaging, communications, and so on– just like the birthday party you once organized, albeit on a much bigger scale and in a manner that is not always so jolly or straightforward.

Let’s take a detailed look at why political surveys are conducted.

Why conduct a political survey

Political surveys are an excellent way for a campaign to understand its audience through the collected data. Relevant data for a campaign could include anything from demographic information to the educational level of their target audience.

By collecting data with political surveys,  you can:

Let’s look at each point in more detail.

Just like finding out which kids in the class will join your child’s birthday party, political surveys will help you identify your “friends.” Here’s what you can find out:

These data points gathered from the political survey will form the basis of your campaign strategy. It will inform you where to put in maximum efforts and how to plan your campaign’s messaging around it.

Know your real chance at a win

Before you even begin your campaign efforts, you need to determine your chances of winning this race.

A campaign costs a lot of money, effort, and people. Calculating the risks and the feasibility of your campaign will go a long way in chalking out your plans.

To begin with, a candidate must know precisely the number of votes they require to win. Our guide on how to determine your win number and creating a perfect outreach plan will surely help you with that crucial statistic.

Beyond that, seeking answers to the questions asked above will help shift the direction of your messaging to garner more support for your campaign.

If the political survey results aren’t favorable, you do not have to be disheartened and pull out of the race. Instead, redirect your efforts to where they matter the most. If the results are great, you know you’re on the right track!

Learn about policies that will affect people

Robust and practical policy proposals are essential to make people see you as a serious candidate. Depending on what matters to people the most – universal healthcare or policies around school safety– if you want to win votes, you need to represent these pressing issues.

When you are conducting your political survey, you need to find out:

There are a lot more questions surrounding this topic that you can think about. It all depends on the current political climate and the risk you are willing to take.

Learn the mood of your supporter base

Remember trying to organize the birthday party only to realize the class has an important test right the next day? A bunch of anxious kids trying to avoid a test and enjoying themselves at the party? Their parents will not be happy, and you might be out of the parents’ chat group soon!

Well, since we do not want that while designing and running a successful political campaign, we need to study the room.

It might be helpful to figure out through your survey whether:

This helps shape the core messaging of your campaign. It could be the universal healthcare policy, BLM movement, or immigration laws– studying the room helps. A political survey campaign is the best way to figure that out.

Political candidate branding has become increasingly prevalent during elections. The language of marketing has entered politics since the early 2000s. How you perceive a candidate is often the efforts of marketing, branding, and PR professional teams expertly crafting the brand in a boardroom.

Personal branding for candidates, just like branding a product, is essential. It seriously impacts how much voters buy into the candidate and their cause.

Read Also: How To Leverage Political Advertising the Right Way

Political surveys are a great way to figure out how a particular candidate is being perceived.

Brand recall and recognition are crucial aspects determining election results and political surveys are a great way to know where you stand.

Planning an event and don’t know how many are going to attend? Take a quick text or call survey with your supporter base and find out the numbers!

At the click of a button, you can easily plan event logistics in under a few minutes and ensure there are no last-minute surprises or, worse still, no-shows. CallHub’s SMS opt-in feature lets you set up an automated survey in no time! Your respondents will be sent a series of prompts that they can reply to without the need for manual interference.

On the other hand, if you choose to conduct a more personalized survey, which needs the involvement of volunteers on your end, you could opt for the peer-to-peer texting method for the survey. We will talk about P2P texting in detail in our text survey section below.

Event surveys are essential to ensure you have high attendance and can prepare for the turnout in advance.

Surveys also help you realize how effective your campaign is in communicating your vision, mission, and goals.

You can find out:

What are some points that you can think of when you want to research campaign effectiveness? Surveys can help you with them.

How to conduct a political survey?

Well, now that we know the ways in which political surveys can help a campaign, we need to explore the methods through which surveys can be conducted. We’re listing a few:

Door-knocking campaigns are effective ways to have personal conversations with your supporter base while also being able to go beyond the confines of your survey and gathering more information.

Door-to-door surveys are conducted in predetermined areas, with a set sample size to cover people from different walks of life.

Usually volunteer-driven, door-to-door campaigns are a great way of building and nurturing face-to-face relationships with your supporter base. However, the challenge with these campaigns is that they might not be scalable and also cannot be executed with the speed of some of the other methods, like phone banking or text surveys.

Conducting political surveys is a breeze with phone banking. A volunteer can speak to your supporter base, or a pre-recorded message can be deployed to reach thousands of people.

Here’s how you can conduct great surveys through CallHub’s phone banking feature:

CallHub provides some great dialers for phone banking. You can set up your survey and reach over 100 calls per agent per hour.:

The best part about text surveys is that they allow receivers to respond to them as and when they have the time.

Peer-to-peer texting is an essential tool in your text survey kit, and here’s how it can help:

Through peer-to-peer texting, volunteers can reach out to thousands of people within minutes and have personalized conversations with them while recording their responses. CallHub enables P2P surveys that can be multichoice, numeric, and/or supporter level surveys – you can even customize these options!

You can also tag your contacts according to their responses and save them in your CRM. The next time you run a campaign, you can filter out contacts with particular tags and target them accordingly.

For example, say your survey question is. “Which policy would you support the most?” and the responses are:

Agents can keep the conversation going by asking follow-up questions. But after the first question, they can tag contacts according to their response. Filter, target and Reach out to them as and when your campaign is doing something relevant to these policies.

Another interesting way in which you can engage with your supporter base is by creating online quiz-like surveys.

Fun topic ideas such as ‘Are you a conservative or liberal: take this quiz to find out’, is a great way to engage your audience. Plus it answers many research questions easily.

The great thing about online surveys is that you could reach out to large audiences that may not even have made it to your contact list. However, it also runs the risk of becoming too diluted by reaching people who may not be your target demographic.

Finding out proper channels to conduct online surveys is crucial to its success.

Read Also: ​​How to Conduct a Political Survey Through Calls and Texts

Since we’re aware of the channels we would want to opt for to conduct surveys, we must explore what could be good questions to ask our audience. Let’s explore them next.

What are good questions for a political survey?

Questions included in the survey would largely depend on the goal and the stage of the campaign at which it is being conducted. We’ve collated a few questions for each scenario.

Here are some good questions to ask:

Knowing whether people like your candidate is the most important part of your campaign efforts. Here are political survey questions to find out your candidate’s popularity:

If the primary aim of your survey is to gather demographic data towards which you want to align your campaigns, there are many things you can ask your current confirmed supporters:

The most important part to remember while conducting surveys is that the questions must be aligned with the campaign objectives. While it is great to strike a conversation beyond the survey questions, it must still be relevant to your overall campaign or objective of the survey.

Political surveys are crucial to any election process. They form the basis of the research on which the campaign revolves. It determines the policies and initiatives that the candidate will champion and promote. It also holds the real promise of bringing about change to communities by making the people’s voices heard.

While surveys are important, it is also equally important to understand you need to use the best methods to get more people to take your surveys and get better results. Calling and texting software will catapult your survey to new heights and allow you to have personalized, relevant communication at scale. Try CallHub for free for 14-days and change the way you conduct surveys.